MY OUT OF BODY EXPERIENCE LAST NIGHT AND TRAVELING A TIME CAPSULE BACK TO MAY 31, 1968, GLENN HILLS HIGH SCHOOL, AUGUSTA, GEORGIA! WOW IS ALL I CAN SAY!!!!!!! 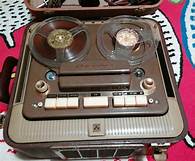 In the last days of the 1967/68 school year, the first year of our new school, the Science club that I was in planned to place items in a time capsule that would be buried and opened in the year 2000. Our school started out as 8th through 10th in 1967 and added a class each year. The first graduating class was 1970. Mine was the second, 1971. It was the first air conditioned high school in Augusta and I can still remember the pleasures of it. In fact it was quite cold in the heat of the summer and most of us needed sweaters!!!!!!

I recall that day on May 31st when I made my brief remarks (and I sound like a baby) that I needed to remember this day so as not to forget about 2000 as I wanted to hear my voice as a 9th grader in 2000! I never forgot, but no one every told me that the time capsule was opened.

Last night, and only by a fluke, or an intervention from the other side of life, I went to Facebook, which I very rarely use, and found by accident a website for my class of 1971 which I did not know existed.

As I scrolled down through the years of posting, somewhere around 2014 or so a classmate posts the tape recording that had been discovered in tact and now on YouTube! The sound quality is amazing!!!!

On the video, the recording of my voice is at minute 8:35!! I sound like a baby!

I am still stunned, Adrenalin running and did not sleep well last night because of it. It brought tears to my eyes hearing all those voices.  I thought this thing was lost forever but I never forgot about it!!!!

The principal and teachers all have the very, very classic Augusta southern accent which I think is being lost today in Augusta. Each major city in Georgia as a unique take on the southern accent and quite different in Augusta, Savannah and Macon.

The kids, though, for the most part are all army brats and have been around the world and thus sound different but with tinges of southern accents depending on how long they lived in Augusta.

I am 14 years old in this recording having arrived by boat from Italy ten or so years earlier. My Canadian father by this time had a neutral midwestern accent (no accent). My mother had a very thick Italian accent with her broken English. How in the name of God and all that is holy do I sound sound like a Georgia Cracker?????????? with a tinge of the classic Augusta southern sound?

That is way cool - and hilarious! Somewhere you lost that heavy Augusta twang, but I will now and forever remember that you were part of a "SIINZE" Club and one time in your school career!

I still can’t believe this! Ever since we made that recording I was excited about hearing it in 2000 and hoped that I would. Little did I know it would be in 2019 that I would hear it again. We did listen to it when we completed our portion. And hearing my trackers I can see why I sound the way I do then. I certainly did not get it at home or from my classmates!!!!!

My teachers not trackers!

The fact that my older sister and brother and I were developing a southern accent drove my father wild! And now I can see why. He use to make fun of us to prevent us from doing it, but to no avail! You are what you hear, I guess.

That is wonderful! What are the plans for the contents? The found some tracks Gene left when he was in school but they only had three toes in them!

I love the sound of the telephone ringing in the first minute or so, but the principal kept speaking! Funny.

And although some of the boy's voices had changed, it's obvious yours hadn't changed yet Father. But it has to be such a hoot to listen to this tape and think back to those times and the other kids and the teachers.

What a cool thing!

Bee, I began first grade as a 5 year old boy turning 6 until late December. This meant that my classmates were a year to two years older that I was. This was particularly precarious by high school and certainly the 9th grade when most boys had completed puberty. As a senior, half the year I was 16 and the 17 For the second half. I had classmates 19 and 20 and some secretly married!

Bee it would be more than a year later that the first men would land on the moon. And I was visiting my Italian aunt and my first cousin in Chicago when that happened. It was my first jet flight there from Augusta. Had been many times before but by Trailways or Greyhound! My first cousin now in her 80’s with some dementia lives in Bartlett which I have visited several times.

Your exercise in nostalgia made me curious and my curiosity led me to this website:

I didn’t know about this sort of collection before. Perhaps the internet does have some redeeming features after all!

A2, that is a great website!
I may not agree with you on some issues here, but nostalgia and good memories can heal many things...thanks!
My only problem: May 31, 1968 to May 31, 1969 I was an undergrad college senior in NY, and the VietNam War, campus riots and Richard Nixon dominated pretty much everything. Loved the music though...

“[N]ostalgia and good memories can heal many things”

Amen to that, Anonymous. And thanks to Father McDonald for leading us down Memory Lane!