FROM CHICAGO, GROUND ZERO OF DIVIDE AND CONQUER 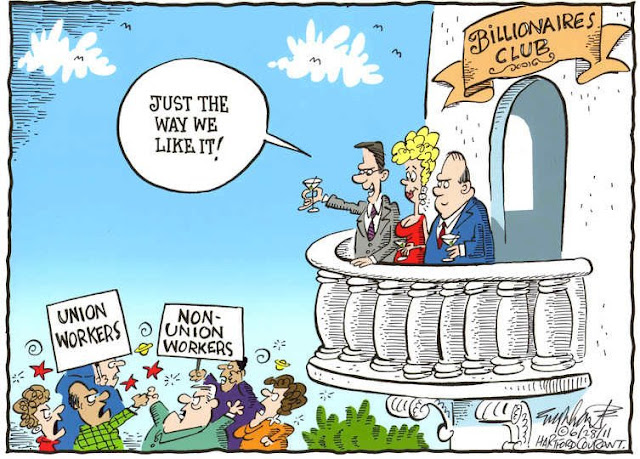 This comment is from Bee who lives in Chicagoland! I thought it good enough to be a post:

If this guy (Jussie Smollett) had pulled this hoax but it never went national, or never even got picked up by local news, and he only got the sympathy of his family and friends, and then upon investigation the police found out it was a hoax, he probably wouldn't have had 16 felony counts against him, but he probably would have gotten charged, convicted, and sentenced to probation and maybe some hundreds of hours of community service. And that would have been the end of that.

So the problem is not what happened, but that he became a symbol, and once again, we were baited by the media to pay attention to something that at it's heart is inconsequential. Whatever the outcome, the media used the story from start to finish to create division and hostility between people in order o further a political agenda. Now everyone has a strong opinion, and may feel outrage, on both sides!

We gotta stop falling for this socialist technique the media uses to create a dialectic, presenting things in such a way as to create outrage and encouraging us to take a side. Then we argue and insult each other on social media over those opinions. And no one wins except the socialists who are employing a strategy of divide and conquer.

Turn off the media. If you can't turn it off, turn it down. Way down. What they are doing is manipulating us in order to destroy our country. Don't let them.

You summed this up nicely By the way, his mother is a communist and a friend of leftist Angela Davis, so that tells you plenty.

Unfortunately the national media is overwhelmingly left-wing, far to the left of most Americans, and most of them are frankly ignorant and malicious. Ironically the local media in Chicago did a reasonably good job of reporting on the Smollett matter, but the national media's reporting was despicable, and as you said, intended to be divisive.

Based on what I see with my own children (all highly educated) is that younger people no longer bother to watch the evening news (propaganda), so the shelf life of the national evening news has almost expired, and I say, good riddance. They are going out of business, they just won't acknowledge it yet.

Here is some more color on the Smollett affair and the malignant influence of the Obamas:

I've deliberately stopped watching the news, and my life is much better for this.

Smollett himself contacted the media and talked about the incident publicly every chance he could....

Who is Jussie Smollett?

Smollett is Obama's son, if he had a son!

I know this is not as "reliable" as the Huffington Post but things are getting interesting in Chicago. The Obamas' may want to lawyer up!

You better not protest in "tolerant" San Francisco or the Democrats will beat you, even if you are 85. Anonymous K's party!!!

Some follow-up on the Smollett case in Chicago. The Illinois Prosecutors Bar Association is not buying Obama's minion handling of this matter:

"Prosecutors must be held to the highest standard of legal ethics in the pursuit of justice. The actions of the Cook County State’s Attorney have fallen woefully short of this expectation. Through the repeated misleading and deceptive statements to the public on Illinois law and circumstances surrounding the Smollett dismissal, the State’s Attorney has failed in her most fundamental ethical obligations to the public. The IPBA condemns these actions.

This irregular arrangement was an affront to prosecutors across the State, the Chicago Police Department, victims of hate crimes, and the people of the City of Chicago and Cook County."

The IPBA is basically calling Kim Foxx a liar. It’s not even particularly subtle about it. The idea that this was just routine, to dismiss 16 felonies in a case that made international news without an admission of responsibility, is laughable according to the IPBA. The CPD, the Mayor, and the National District Attorneys Association agree. How long will Kim Foxx continue to pretend this was all business as usual? I guess she will have to call Obama for advice.