SHOULD CHILDREN OF PARENTS IN A HOMOSEXUAL "MARRIAGE" NOT BE ALLOWED TO HAVE THEIR CHILDREN BAPTIZED, CATHECHIZED FOR FITURE SACRAMENTS OR ENROLLED IN CATHOLIC SCHOOLS? 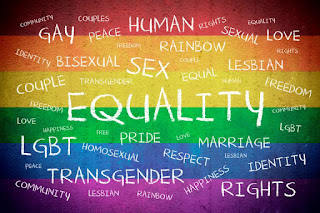 Kansas City, we have a problem. St. Ann there, not in Richmond Hill, we don't have a school, has banned the child of a homosexual couple from enrolling in their school. Of course there is a backlash now with other Catholic parents protesting the decision.

So why pick on homosexual couples' children and not allow them when we allow the others. I think that is a good question.

In my previous two parishes there were kids enrolled whose parents were homosexual couples. There were no problems or ideologies being promoted. If there were, I would have taken action.

I am not sure if there was a sort of ideological situation at this school in Kansas City and it appears the pastor has the support of the bishop. But these kinds of things get dicey.

We need canon laws to help pastors with these situations and then apply them equally. Why just pick on homosexuals and their kids when there are so many issues today with parents presenting their children for baptism and other sacraments. Do we take it out on the kids?

Should the children be baptized and receive catechesis?

But not until after the blessing ceremony for the "parents."

This is problematic. Of course, the child will be living in a household where the "parents" living arrangements are a public repudiation of what the Church teaches. The key difference between this and heterosexual parents living in a sinful arrangement is that their situation may be regularized by the Church if an annulment is obtained or their estranged spouse dies, which is not the case with the homosexual arrangement. It can never be regularized. A pastor would have to receive solid assurances that the homosexual parents will not attempt to teach the child that their arrangement is fine with the Church.

Pope Benedict XVI, August 6, 2008 A.D., when asked Pope Benedict XVI whether sacraments should be denied to the children of Catholics who do not practice their (the adults) faith regularly:

"When I was young I was rather more severe.

"[I] have realized that we have to follow instead the example of the Lord, who was very open also with the people who were at the margins of Israel at that time.

Hmmm...when His Holiness Pope Francis has spoken that way, certain folks trashed him as a left-wing, modernist/heretic.

Thanks for the Pope Benedict quote MT. Reminds me of how coherent and clear he communicated as opposed to Francis. You just keep providing evidence of how bad the situation has become.

The bottom line here is that the parents of the child do not intend to raise him ina Catholic home or in accord with the precepts of the Church. In fact, they are flouting it. The same could be said of a divorced couple, unmarried, etc. For that matter, it could be said of an ultra orthodox Baptist couple who want their child to attend the Catholic school for its academic strength. I can imagine a pair of men struggling with same sex attraction who dearly want to be Catholic and raise a child in the Church. I can be convinced of it, but I can't assume it unless the men demonstrate the desire to live according to Law of God and the Church. It is a tough and steep hill and I can accept that they will stumble. But they have to be making the struggle. Most folks don't seem to try avoiding even the most casual sins and are lazy in their Fatih. Maybe they should be cast out, too, if they are openly mocking the Church.