IS 1970'S IDOLATRY OF THE PROCESS OF MAKING DECISIONS RETURNING TO THE CHURCH IN THE NOW AS THOUGH ON STEROIDS?

UPDATE! UPDATE! UPDATE: A MORE SCHOLARLY APPROACH TO THE MISGUIDED RECOVERY OF "COLLEGIALITY" BY THIS POPE AND WRITTEN BY A JESUIT. HOW ODD THAT THIS WOULD COME OUT AFTER I WRITE MY SCHOLARLY OPINION PIECE. BUT NOT REALLY ODD AS I AM CLAIRVOYANT: 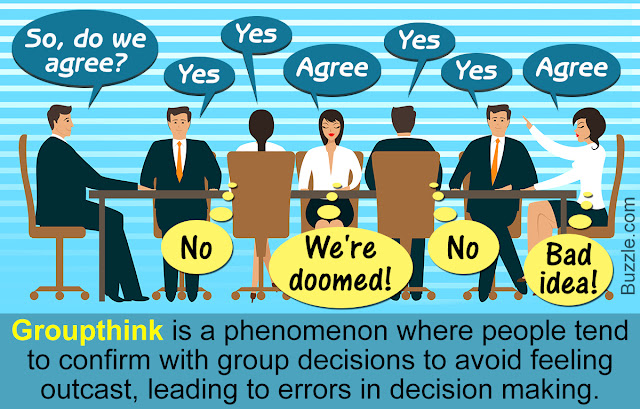 Because the Second Vatican Council was perceived as a success of humans building a sturdy Tower of Babel, before God kicked the hell out of the bloated sails of the bishops who thought they were bringing a new springtime for the Church, which today is in a nuclear winter, we see the wrong headedness of this idolatry of “process” returning with a vengeance especially with the emphasis on synodality.

After Vatican II extremely strong religious orders had a series of “chapters” to modernize their lives, what was euphemistically called “renewal.” My point is that these religious, especially women’s orders, gloried in the process of prayer, discernment and decisions that led to a plan of implementing what was discussed through a thorough process of group think.

Never mind that almost immediately the implementation of the group think process led to chaos and disorder, thousands of religious leaving their way of life and few new ones considering it. But what the hell, the process of discernment, the source of their self idolatry is what counted not the results of implemented decisions.

Many of these religious orders along with many bishops of the world turned away from tried and true Catholicism and its proper worship (sacrifice) to social work. Many priests left the priesthood in the same period as the sisters did because they were becoming social workers abandoning their traditional way of life and identity.

In this context, I find it interesting that the Tablet acknowledges that today an over emphasis on social work and political activism in this regard is driving people away from all churches and synagogues. Yes, who cares, certainly not those in the driver seat of this phenomenon.

The American bishops in the 1980’s engaged in this same self idolatry in coming together regularly and through a process of discernment then wrote pastoral letters on social justice issues such as war and peace, women in the Church, unilateral nuclear disarmament and the like, all with political implications.

It was called by these bishops “the Catholic Moment “ a sign of their pride during this idolatrous period. Never mind that hardcore conservative Catholics resented having pastoral letters shoved down their throats as though an infallible teaching demanding wholesale obedience.

Of course the sexual abuse of minors by priests and bishops was exploding at the very time of this so-called "Catholic moment" and mismanaged in a way that was idolatry itself through the use of psychiatry and the idolatrous belief they had the ability to cure broken priests and keep them in ministry without warning parishes to whom many of these miscreants were sent. But what the heck.

We have seen this mentality of idolatry in Pope Francis’ insistence on a synodal Church, the polarization and angst the synods have caused. Even in the recent "summit" on the sex abuse crisis,  the glorification of the process of discerning what to do about the crisis and proudly talking about it has led to what many think is a failed meeting escalating tension in the Church by the Magisterium's ineptness.

But that doesn't matter because they prayed, discussed, discerned and made some decisions, proudly patted themselves on the back and went home. Mean while there is seething in the pews and the bleeding the laity from the Church continues as it has since Vatican II, but don't blame that or anything else that was of the spirit of Vatican II for the last 50 years, keep doing the same old, same old and think that eventually, like in a century, a new springtime for the Church will finally arrive.

like I said before, play it again with more cowbell,it's hip and it will work.
case in point, in my life time i have watched a local order of sisters, The Sisters of the Precious Blood, abandon Habits, perpetual adoration and hospice care (Knapp Sprigs at Rome City, Ind, go into teaching and go hip in the 70's, rapidly fall apart, the few that are left look like refugee's from an old folks home, polyester nightmares, they still hold up with pride when they have discernment drives that one of their own got arrested at a nuke weapons protest, still trying to be hip, vocations will come one day if we just use more cowbell. When I asked one of them about the Dominicans who seem to grow and grow, I quote" that won't last long, in a few years they will all quit and burn those silly habits", Liberalism does not allow for any different answers than their own. Sadly they are now in the process of selling off their Shrine of the Holy Relics to a lay group, "obviously no religious group would be interested" have you asked any? "NO the only future of the church is lay owned"

Fr McD
You are quite right.
What you mention at the outset needs to be heeded more, that the Council was perceived a success of humans building a sturdy Tower of Babel. The Enlightenment, from which the philosophical Modernists derive their ideas, placed man, his reason, before Faith in God. This is what I see happened in the Council's liturgical document, that instead of renewing the liturgy to make it more worthy and pleasing in the eyes of God, it turned to man, requiring his participation above ALL ELSE for the renewal. I am now beginning to see that other documents of the Council are the same way in turning away from God towards man, such as with the Enlightenment idea of freedom of religion that America, founded on Enlightenment ideas, still holds.

When St John XXIII called the Council he was actually urged to do so by the conservative elements of the curia seeing that Modernism was not only still very present albeit hidden in the Church, but growing. But Modernist influence had already made him realise that maybe some changes were needed to spread the Gospel in "modern" times. In his opening address, the pope spoke about the unity of humanity being the Church's own and proper goal; this was not just a jab at the Cold War, but it was also an Enlightenment idea of Humanism devoid of God. It did not take long for almost all the pre-conciliar preparatory documents to be discarded (the liturgical document was already a Modernist one at its core so it stayed). This was not that hard to do because the Modernists were plentiful and well organised in their ideas, whereby group-think was easy to achieve.

The problem with this Modernism is that if everything revolves around man then, because society is ever changing, you must constantly keep changing Church ways and doctrine. This is where synods come in, because practically you cannot have a perpetual Council.

Excellent post. Thanks, Father.
This matches my experiences since 1965 and my overall assessment. Having watched several priestly vocations (locally, at least five) and religious orders (Sisters of Mercy, IHMs) crumble, parishes diminish, and now distrust of clergy so rampant that one is almost embarrassed to admit that one is Roman Catholic, I only rely on personal faith to guide me through these turbulent times. My biggest question nowadays: does that make me a Protestant? I dare say I hope not, as I intend to remain Catholic, whatever that may portend.

I couldn't help myself. I went to the "Sisters" of the Precious Blood website and found this:

Delusional is too kind a word. I noticed every liberal buzzword they probably learned at some left-wing loon religious conference is mentioned. From the pictures you can see time is not on their side.