RORATE CAELI’S AND OTHERS’ SOUR GRAPES 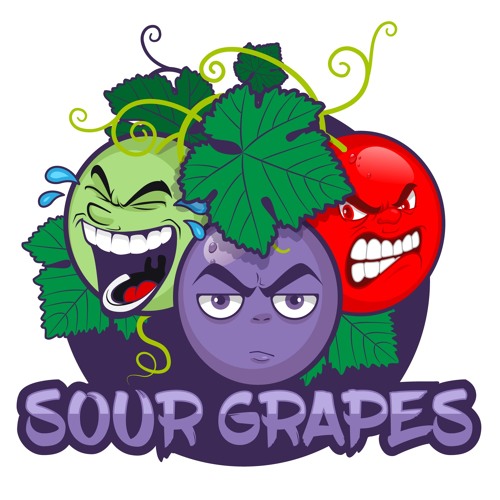 I hate to state the obvious to Rorate Caeli and other neo-trads, but the laity are not the hierarchy and priests are not bishops and bishops are not the pope. Pope Francis has shown His Holiness’ hand in terms of his desire to promote the spirit of Vatican II in which the Traditional Latin Mass embodied in the 1962 Roman Missal of the Latin Rite stands in the way. But His Holiness is the pope, the Supreme Pontiff and the Universal Pastor and synodality not withstanding, His Holiness can be a religious “dictator” as that is what Supreme Pontiff implies. He’s got the unbridled authority.

In the article I post below, there is sour grapes expressed by Rorate Caeli and the author of the article that some bishops, to include the pope, do not want a reform of the reform or to allow some EF sensibilities brought to the OF Mass as they were once called recently.

Thus, I would recommend to all priests who have been celebrating the EF Mass in their parishes to make that Mass time slot in the OF as EF as possible where allowable by their bishop. That means that the new Missal is celebrated in Latin with EF sensibilities but without forgoing the rubrics and General Instruction of the Roman Missal of 2011.

Where bishops will not allow an all Latin OF Mass, ad orientem, then have the Benedictine altar arrangement as seen at papal Masses to this day, chant the propers in Latin even if everything else is in the vernacular and make sure there is good choreography of all the liturgical participants and exquisite vestments. It’s not too hard to do this even if the bishop denies other aspects of EF syncretism.

BUT, AND THIS. IS THE MOST IMPORTANT BUT, IN BOTH EF AND OF MASSES THE ONE SACRIFICE OF CHRIST IS BROUGHT FORWARD IN AN ETERNAL AND GLORIOUSLY RISEN WAY, AN UNBLOODY WAY, AND THE GLORIOUS, RISEN AND SACRAMENTAL REAL PRESENCE OF THE BODY, BLOOD, SOUL AND DIVINITY OF THE RISEN CHRIST IS MADE PRESENT.

A number of American writers claim that Traditionis Custodes should spur priests to make their celebration of Mass more reflective of the liturgical tradition. Others commentators, including a number of bishops implementing it, apparently think the opposite.

Those in favor of the first interpretation can cite a couple of passages from the Letter to Bishops which accompanied Traditionis Custodes. Pope Francis quotes Pope Benedict complaining about liturgical abuses—“unbearable distortions”; later he remarks:

Whoever wishes to celebrate with devotion according to earlier forms of the liturgy can find in the reformed Roman Missal according to Vatican Council II all the elements of the Roman Rite, in particular the Roman Canon which constitutes one of its more distinctive elements.

The Roman Canon being Eucharistic Prayer I in the reformed Missal.

Tradition should not be toyed with by any Pope, including this one who is causing more Catholics to give up and walk away. PF is the source of the sour grapes

But, but, but….His Holiness is the Supreme Pontiff and their is no dogma that he and or an ecumenical council or synod cannot toy with tradition or they have to be popular. Many left Jesus for His presumed heterodox teachings in the eyes of traditional Jews. Sour grapes there too!

You have made comments of late which seem to indicate carelessness. I hope it's not a sign of 'Joe Biden syndrome'.

Firstly, you seem to be under the impression that PF has 'abrogated' the pre-1970 rites. He has done nothing of the sort and it would be extremely foolish, not to mention counter-productive, were he to attempt to do so.

Secondly, the pope does not have 'unbridled authority'. The First Vatican Council made it clear that his authority is at the service of Sacred Tradition. 'For the Holy Spirit was not promised to the successors of Peter that by His revelation they might make new doctrine, but that by His assistance they might inviolably keep and faithfully expound the Revelation, the Deposit of Faith, delivered by the Apostles.' (Pastor Aeternus) No room here for absolute monarchs or religious dictators.

Thirdly, you seem to be under the impression that a bishop can legitimately forbid the celebration of the Novus Ordo in Latin in his diocese. He can try, but would be acting ultra vires and therefore in this particular would not have to be obeyed by anyone.

Finally, Rorate Caeli is a blog, not a person (you're showing your Mark Thomas side here) and the article you reference was by Dr Joseph Shaw, Chairman of the Latin Mass Society of England and Wales and Secretary of Una Voce International; it was cross-posted from his own blog. I know Joseph quite well, and he is hardly a neo-trad, whatever that means, and as for 'sour grapes' (saying that something is not worth having because you can't have it yourself) where does this attitude occur in the said article? Nowhere.

Incidentally, the LMS's AGM was on Saturday 14 August and was followed, as usual, by Solemn EF Mass in Westminster Cathedral. Photos are on LMS Chairman's blog. Thankfully, no Wilton Gregory to throw a spanner into the works. The Mass was the Vigil of the Assumption (violet vestments) which is correct, and attendance was up on previous years.

A man like Wilton Gregory would never have been elevated to a bishopric in England. He is not, as they say, the brightest bulb. Interestingly, a Black bishop in Chicago, is a staunch supporter of the EF, and was the celebrant of an EF Mass on the feast of the Assumption in Philadelphia’s cathedral. Of course he is ignored by the Vatican because he is a conservative

There is an excellent article at Rorate by Archbishop Emeritus Aguer which I think you would enjoy reading.

Here is a snippet from his article:


The current Pontiff declares that he wishes to pursue even further the constant search for ecclesial communion and to make this purpose effective, he eliminates the work of his predecessors by placing arbitrary limits and obstacles to what they established with intra-ecclesial ecumenical intention and respect for the freedom of priests and faithful! It promotes ecclesial communion in reverse. The new measures are a regrettable step backwards.