IF IT WAS THE LITURGICAL REFORM OR NOT OR OTHER SOCIOLOGICAL FACTORS, DO WE BLAME THE “NEW” MASS FOR THE FREE FALL IN ACTUAL PARTICIPATION IN THE NEW MASS? 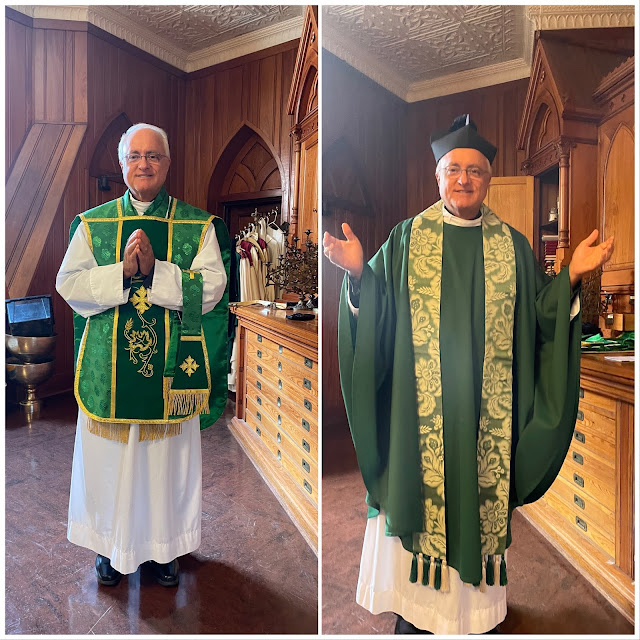 One has to live in la la land not to think the changes in the Church since Vatican II have for the most part been an unmitigated disaster. Sure, there are some bright spots, but overall there has only been an extended self-inflicted wintertime in the Church not the much touted and expected new springtime for the Church that Vatican II’s implementation was to bring forth.

Of course all this talk about a new springtime by pre-Vatican II popes and bishops is truly the triumphalism of the pre-Vatican II mentality. And it is related to the pre-Vatican II clericalism and authoritarianism which implemented a particular vision of Vatican II in the most pre-Vatican II way possible. We see this same mentality operative in Pope Francis’ recent Motu Proprio once again trying to suppress the old pre-Vatican II Mass which has become a part of the fabric of many colored threads of the post-Vatican II Church thanks to Pope Benedict.

Apart from the decline to about 10% to 25% of Catholics in this country who actually attend Mass from a high of 90% prior to Vatican II and making unsubstantiated conclusions that this happened because the Mass changed, thus blaming Vatican II or its poor and false implementation, just what do the 10% to 25% of Catholics who are faithful to Sunday Mass in the normative post-Vatican II form believe about Catholic dogma and doctrine concerning the Mass and the Church in general?

1. We know the majority DO NOT believe or think that the consecrated Host is the the Real Sacramental Presence of the Risen Lord’s Body, Blood, Soul and Divinity. They think it is a symbol of Jesus. Of course an atheist would think that too. There is no Catholic Faith in thinking that Holy Communion is a symbol of Christ.

2. Most believe that women should be ordained deacons, priests and bishops despite the fact that the perennial ordinary Magisterium of the Church teaches that the Church and/or the pope alone have no authority to change the dogma of Holy Orders.

3. Most believe in gender ideology and that people of whatever gender and not just in the binary sense should get married in the Church and polygamy is certainly not to be disdained.

4. Most believe that Catholicism is but one truth in the world of religion and that salvation can come through other religions or non at all.

I think we can blame this heterodoxy on the post-Vatican II Church. Who else deserves the blame?

If the Church WAS more rigid and authoritarian before the Council, perhaps its time to ask ourselves why.

I would suggest that the Church has ALWAYS seen itself at odds with the world and its ephemeral values. The Church has always represented something unchanging, or should I say, SOMEONE unchanging. Things like the Syllabus of Errors and Index of Forbidden Books existed because, ultimately, we as a Church are not supposed to be influenced by the world. We are supposed to influence the world.

So it follows that anyone with a sense of what it means to be Catholic would immediately notice the changes in what you call "the false implementation" of Vatican II. These changes reflected a laxity and openness to influences that were not always in the best interest in protecting the deposit of the faith or the dispositions of the faithful.

Now we're at the point where we are like the proverbial frog who has slowly allowed himself to be boiled. If we were to present the faith to most rank-and-file Catholics as it was
once presented, they wouldn't recognize it. Likewise, any Catholic who died in 1958 would not recognize the average Novus Ordo parish today as Catholic.

To be blunt, we have a mess. God is the author of order, tranquility and peace. I'll leave it to you and the readers to figure out who the author of this mess is.

I remember my father telling me as a little boy: order is the first law of Heaven


"One has to live in la la land not to think the changes in the Church since Vatican II have for the most part been an unmitigated disaster."

The hierarchy would have you thinking otherwise as they aimlessly pursue "vibrancy" and "active participation". Someone has to be right...

Is there much coverage in the US regarding the very recent murder of Fr Olivier Maine in France?

The suspect in the murder of this French priest, and scripture scholar, on August 9th, I think... - was also the ..or a suspect in the arson attack on Nantes Cathedral in July last year.

The very important events happening worldwide that are getting little coverage amazes me!

Just in the Catholic news. I haven't seen any secular coverage of it. And three bullets were sent to Pope Francis from France too.

I saw the news in our local news feed. But we are a very Catholic town.

I ask for prayers for ...Weidmann who too passed away, last Friday, in Vienna, Austria.

We have to accept that Vatican II is the not the line in the sand when everything went terribly wrong. The dirty laundry finally became public after the Council, but things were in the works long before. 90% attendance was in this country, but what was it like in Europe? My mother was born in East Prussia, Germany in 1925 and growing up she observed that the Catholic churches were already sparsely populated. They’ve had a head start on us so we can gauge what that means for us if we follow their timeline. Isn’t it marvelous how they’ve evolved into superior thinkers. This is a multi-denominational problem too, as we know. It’s a worldwide cultural problem likely traced back to Luther, Renaissance, French Revolution, Communism and Cultural Revolution. We’re in a period of darkness that is 500 years old and hopefully reaching a crescendo sometime soon.

I suffer from the same personal battle of trying to live a dual life as a Catholic and a person living in the modern secular culture. The temptations of the modern culture are easier to reject now that I’m older and that I work for myself, but how many people are able to say that they have completely surrendered to Christ and allowed Him to control their lives? It's still a work-in-progress for me. Presently, people who work in corporate America have their job security threatened by an intolerant radical left. Try having courage to stand up to it and for those who have undeveloped faith they accept the secular faith because they believe it makes them a “good person”. We all have “FOMO” the fear of missing out. The devil tempts us with the “fun” the world has to offer and we foolishly take the bait and reject Christ. At some point when we hit bottom, there will be a spiritual renewal. But I don’t doubt that a good place to start is the continuation of the liturgical reform of St. JP II and Pope Benedict. Seems like a good mustard seed to me. Get people back on their knees to receive the Holy Eucharist and just maybe a light goes off that they’re involved in something bigger than they can find in their cellphones.

You uncovered the point I have made here before. Vatican II was mistakenly called as a Council for the whole Church when in fact, it was the European Church that was in the dumpster. Catholicism was flourishing in the Anglo world (Britain, Ireland, the US, Canada, Australia, etc). Instead of Vatican II they should have called a European synod to deal with the problem in continental Europe. I think that 2 devastating world wars on the continent did not help things either.

Also the complicity of Catholics and Protestants (Lutherans) in carrying out the Holocaust cannot be underestimated! Pre Vatican II Catholicism institutionalized anti Semitic ideologies in liturgy and canon law. All Jews on the popular level of Catholicism are seen as Christ killers. That a horrible ideology place on present day Jews. But I a way it was a forerunner to today’s cancel culture and blaming whites today for slavery and racism that flowed from it.

"But I a way it was a forerunner to today’s cancel culture and blaming whites today for slavery and racism that flowed from it."

I don't think anyone is blaming "whites" today for slavery which existed, in this country at least, from 1619 to its abolition by law in 1865. No one suggests people today are "responsible" for what happened 200 or 300 years ago.

The elements of racism that have presisted for generations and have caused great suffering and deprivation in the lives of those discriminated against in the past and in the present are what we have yet to come to terms with today. I hope one day we will take up the challenge and, by God's grace, achieve a better, holier existence as a human family.

I was a schoolboy during Vatican II but distinctly remember the febrile atmosphere of those years. A frequently heard term was 'aggiornamento' which sounded more exotic than the prosaic English 'modernization', but amounted to the same thing. And if the Church's venerable liturgy could be transmogrified in so drastic a manner, then surely nothing was exempt from change. Reactions to this brave new world were mixed; those with qualms (both clerical and lay) submitted out of an ingrained habit of obedience. My parish priest urged people to 'get with it', a trendy 'sixties expression, and speculated only half-jokingly that he might be allowed to marry.

'Aggiornamento' turned out to be the petard on which the Council was well and truly hoist. A pity its extremist advocates didn't pay more attention to Romans 12:2 (Et nolite conformari huic saeculo) or the words of Dean Inge (1860-1954): 'Whoever marries the spirit of this age will find himself a widower in the next.'