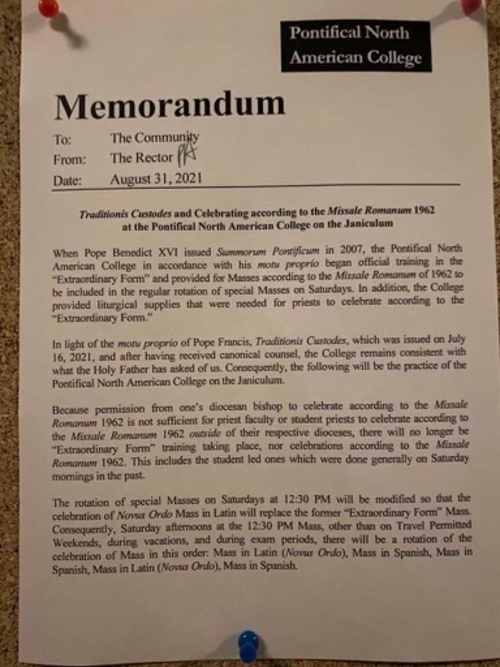 I was listening to an interview from the 1990's with Malachi Martin. He said something along the lines of, "I'm willing to bet that within 10 years or so, our Church will be completely controlled by bishops who have no faith." He was right--it just took a bit longer.

These faithless men have the arrogance to believe that they have doomed the Mass That Will Not Succumb.

They have, in fact, doomed themselves.

They are “company” men who go whichever the way the wind is blowing. I know one bishop who was an enthusiastic supporter of SP but the day TC came out, shut down the EF. A real deep thinker and spiritual leader

It seems that the directors of the NAC are ignoring Canon 18 and interpreting TC widely rather than strictly, i.e. narrowly. 'We know what Francis wants even if he hasn't actually spelled it out.'

in Nazi Germany this was known as 'working towards the Führer'.