A POLISH ACADEMIC CONFIRMS WHAT I HAVE WRITTEN BEFORE AND WRITE AGAIN: VATICAN II WAS IMPOSED UPON THE BAPTIZED PRIESTLY PEOPLE OF GOD (BOTH CLERGY AND LAITY) IN THE MOST AUTHORITARIAN AND DOGMATIC PRE-VATICAN II WAY POSSIBLE 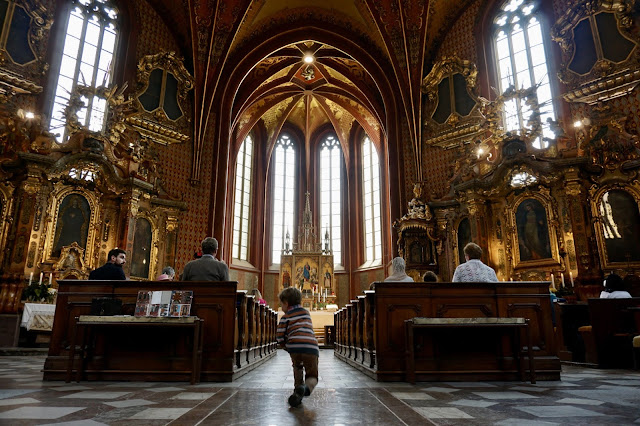 There is a great article printed on the blog The New Liturgical Movement which describes the manner and method by which Pope Paul VI, a pre-Vatican II pope, used authoritarian means to “outlaw” and “abrogate” a two thousand year organic development of the liturgy that was celebrated at Vatican II in the 1962 Roman Missal.

I remember well the period between 1965 and 1970 when there was great excitement about the vernacular and even the turning around of the altar by baby boomers of that period, which included me. But what we did not know is that the authoritarian way in which the older rites of the Church were completely discarded and new ones imposed upon clergy and laity was a virulent form of pre-Vatican II authoritarian clericalism.

By 1970, I became weary of what was happening but I could not articulate it. What seem to start off well went terribly bad and everything in the Church was changed including every aspect of priestly and religious life and the culture of Catholicism so necessary for the “people’s” faith. Who did this? The elitists and chief among them the pope at the time.

One of things that the very authoritative Pope St. John Paul II did to restrain unbridled papal power, where the ultramontanist thought the pope could change everything in the Church, was when His saintly Holiness said he had absolutely no power to change the dogmatic teaching of the Church, found in her ordinary Magisterium, to ordain women as priests—he was powerless to do so even if he wanted!

Pope Francis should learn from Pope John Paul this truth and not imitate the seriously clerical and authoritarian Pope Paul VI. But of course, that saintly pope, Paul VI, was formed in the authoritarian clerical and elitist caste of the pre-Vatican II Church.

This is the money byte from the Polish academic:

It should be added that the liturgy subjected to such a total “makeover” could not be introduced in the entire Church solely on the basis of the authority of the professors’ titles or even the cardinal hats of its creators, but it required the involvement of the supreme authority, i.e. the Pope. Paul VI, although there are known cases when he vetoed the proposals of the Consilium, was himself actively involved in the reform process, and willing to use his power to this end. The reformed Roman Rite was proclaimed, and the Church was obliged to accept it, with the simultaneous – administratively ordered and almost non-exceptional – suspension of the functioning of the previous ritual. And this was precisely the situation in which the Church elites, or at least some of the dominant part of them at the time, manifested their sense of omnipotence as regulators of religious life throughout the Church from the position of those who “know better” and “can do more”. The Church as a whole was to embody in her new liturgy a series of concepts and beliefs of a certain particular group of her members about what she and her liturgy were to be.

Read the full article by pressing the title:

[The New liturgical Movement] is pleased to publish this insightful essay by Dr. Tomasz Dekert, who wrote the original in Polish and then translated it for NLM. Dr. Dekert is a religious scholar who received his PhD at the Jagiellonian University in Krakow with a thesis on the concept of apostasy in Irenaeus of Lyons' Adversus Haereses. He works as an assistant professor at the Jesuit University Ignatianum in Krakow and is also a member of the editorial board of the Christianitas quarterly, a Polish journal for Catholic tradition. The original text of this article in Polish may be found here.