DID HE OR DIDN’T HE? 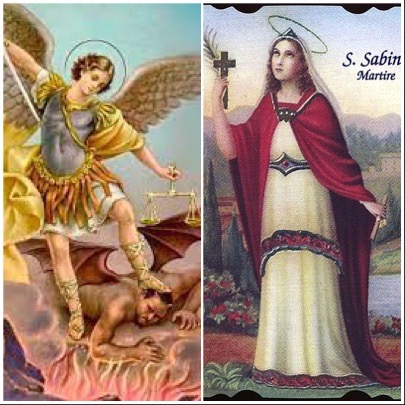 There’s a brouhaha over the Prayer of Saint Michael in a Chicago Archdiocesan Church. At first, it was reported that Cardinal Cupich had ordered that it not be said after Mass. There is a video of the priest saying he is at peace and will comply with the good Archbishop’s request.

Later, though, there is a disclaimer by the pastor of the parish that the good Cardinal did not actually request this.

What is the truth?

Be that as it may, I am not opposed to local bishops supervising what happens during Mass or afterward as they are the primary liturgists of the diocese. They should not allow liturgical abuses and certainly would suspend and defrock a priest who consistently celebrates an illicit Mass that is more than likely invalid as well.

But it just so happens, that on Facebook, one can view last Sunday’s “Mass” from Saint Sabina Church in the Archdiocese of Chicago. I put “Mass” in quotations, because in no way does this “Mass” resemble the Roman Rite of the Catholic Church in the vernacular and with inculturation.

And yet, there is a complaint about the Prayer to St. Michael being prayed after Mass in one Chicago parish and absolutely nothing said over a more than likely invalid Mass in the same archdiocese where this has happened for decades.

Fortunately, St. Sabina was less than 1/3 full and mostly aging parishioners the majority of whom were women.

The situation you describe exposes the evil of the new motu proprio which attempts to suppress the spread of reverence while allowing sacrilege. St. Sabina's should be suppressed, it is neither Catholic nor fixable at this point. FYI, at one time, St. Sabina's was an extremely vibrant, Irish Catholic parish. I have friends who went there and the stories they tell about what it once was, would bring a tear to your eye.

That is one of the things that I don't understand about the Bugnini liturgical reform---why did they see the need to add/create new Eucharistic Prayers/Canons? The law of prayer is the law of belief. The Roman Canon is not often used (though I am seeing more use of it by younger clergy. The Roman Canon is what we used in the Roman Rite for many centuries and it expresses very well what we believe as Catholics. Why the sudden need in the 1960's to come up with new canons? Wouldn't it be better for the Roman Rite to have a greater unity of prayer by reverting back to using only the Roman Canon?

From what I saw, it was the vicar's pastor who told him not to pray the St. Michael's prayer and Hail Mary "after Mass." The pastor said he checked with the cardinal -- and I'm guessing that when he told the vicar to stop, he mentioned checking with the cardinal, hence the vicar saying, the cardinal originated the directive. Also, we don't know what question the cardinal (or someone working for him at the chancery) was actually asked, that elicited the answer that amounts to "confirmation" of the pastor's preference in this matter. It may be that the cardinal couldn't care less, and wouldn't have initiated this, but was asked a question that elicited a yes, and we're off to the races.

There are priests who will be amazingly dogmatic about particular liturgical issues.

For example, there was a priest who for years would accuse his brother priests of "combining Mass with a communion service" because they would get the reserved sacrament from the tabernacle for the distribution of Holy Communion; he turned a point in liturgical documents that encourages people receiving the Eucharist consecrated at that particular Mass, into a commandment that thou shalt never go to the tabernacle. I know another priest who takes largely the same view; so as a result, he is extremely particular about counting hosts to be consecrated before Mass, and will then consume what is left over, rather than put those hosts into the tabernacle. I was told, when I came back from a vacation, that people thought it odd he was cramming hosts into his mouth after communion.

And then there was another priest who remonstrated a parishioner who knelt to receive the Eucharist; when this got back to me, I asked that priest what happened.

The priest claimed he hadn't "denied" anyone communion, he only took that particular moment (in front of everyone) to explain to the individual that he wasn't supposed to kneel. (Yes, he really made that distinction!)

I reminded the visiting priest that the bishops were crystal clear that people should just be given the Eucharist if they kneel, and I tried to say, in a kind way, that this is the sort of thing someone would complain about to the bishop (in fact I knew a parishioner was drafting a letter), so maybe he'd be better off not continuing to do that.

A day or two later, the priest called back to say he'd never return to help at my parish, because his liturgical approach and that of my parish were too different. Other than someone kneeling to receive Holy Communion, I have no clue what he found so offensive? Servers wearing cassocks? Using patens and ringing the bells?

Fr. Fox politely steps around a common tactic used in obfuscation. “I have already asked, and here is your instruction.” But we don’t know what is actually happening, so we can see if the Archbishop illuminates in some way.

That is the type of priest who should be cancelled: arrogant, ignorant and rigid