ARE WE IN THE MIDST OF THE FINAL CONSUMMATION OF THE WORLD AND IF SO, WHY ISN’T THE CHURCH, BEGINNING WITH THE POPE, PREACHING WHAT THE CHURCH TEACHES ABOUT IT? 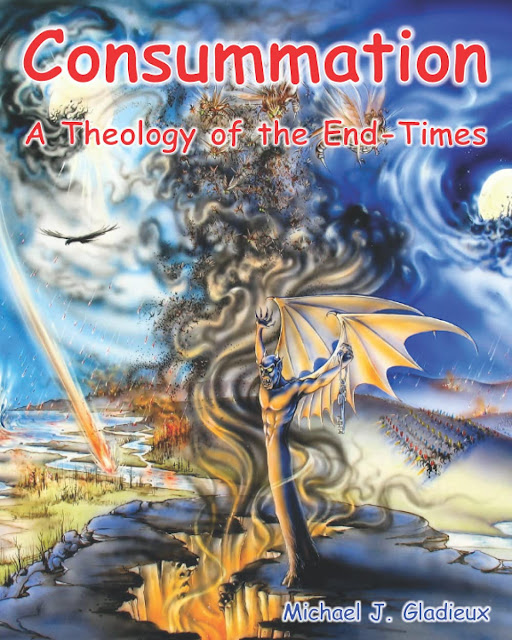 The end of the present world and its renewal as the final conclusion of the work of Christ. As all enemies of the kingdom of God are conquered, he will surrender the overlordship to God the Father (I Corinthians 15:24), but without losing his own dominion founded on the hypostatic union. With the end of the world there begins the perfect sovereignty of the Holy Trinity, which is the object of the whole creation and the final meaning of all human history.

My comments: All people, including Christians, are in a terminal condition. We die daily either by some kind of tragedy related to war, violence, accident or suicide. People die daily due to terminal disease, age or injury. We are terminal.

That doesn’t mean that we don’t try to mitigate things to extend life. Healthy lifestyles, avoiding greed and gluttony, taking care of our environment and the planet are all a part of waiting the final consummation and the return of Christ at the end of time to judge the living and the dead and to enact the resurrection of the body to join the soul in her place of “just reward.”

Can we stop the destruction of our bodies and the planet on which our bodies are sustained? Ultimately, no, just as Christ did not stop (although He had the power to do so) the greatest suffering any human person as ever experienced and the death penalty for that suffering. But in His Divine Person, Jesus, with two natures, human and divine, brought out of His consummation the resurrection for Him and all who are a part of Him through the Church He founded and the Sacraments He instituted. There is no other way.

This young graduate of the Jesuit Boston College thinks abstinence from meat will save the planet in some way. No, it won’t. The planet is headed toward its final consummation no matter what mitigating actions we take to delay it. We have to stop being in denial about one of the most important aspects of Catholicism, the final conclusion of everything in order to share fully in Christ’s victory. Even “time” is terminal—ultimately as we fight the losing battle to save “time” we must accept the fact that “time” is coming to its final conclusion too. No green new deal will save us from this reality, only Jesus Christ!

Let’s go back to a stricter fasting and abstinence as was the case up until 1958. Not to save our bodies from its terminal condition but to save our immortal souls for the destination Christ has in mind for us, heaven, not hell, so that when the final consummation occurs, our bodies, recreated from the dust and clay of the earth may be joined to our souls wherever they may be.

Press the title for the excellent suggestion of going back to abstinence although he recommends it for the wrong reason:

After Pope Benedict's visit in 2010 the E&W bishops restored Friday abstinence, although failure to comply would not be considered sinful. However, the Catholic culture which prevailed before Vatican II, where such rules were taken for granted, is gone and cannot be recovered. Most Catholics now inhabit a family and social milieu which is not exclusively Catholic.

No figures have been released, but I suspect that it proved a dead letter. As for 'saving the planet' by not eating meat, if we were all vegetarians our flatulent emmission of greenhouse gases would surely outweigh any benefits.