A CRITIQUE; A CORRECTION AND ALSO KUDOS 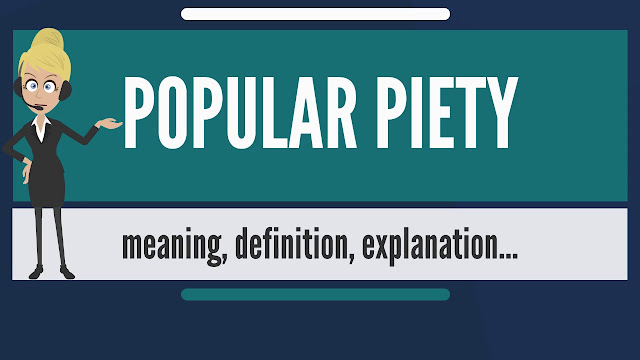 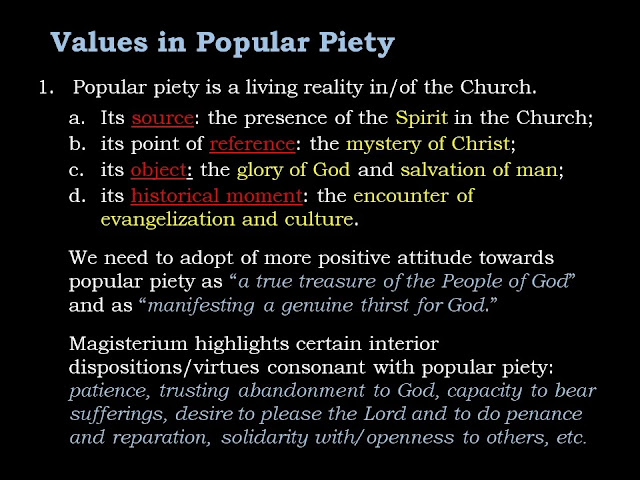 One of the highest ranking laymen at the Vatican was interviewed by CRUX. Some of it makes you scratch your head but some of it is quite good. And thus we have the Francis’ papacy. Gustavo Guerra López, recently appointed by Pope Francis to a key role in the Vatican.

Guerra López will soon take up his role as the Secretary of the Pontifical Commission for Latin America, and could potentially help shape the continental Church for years to come.

He also speaks about clericalism but warns about clericalizing the laity, yet there are hints of laityism in some of his snarky remarks, like referring the Curial officials in the Vatican who happen to be ordained as “cassocks.” How condescending is that!

You can read it HERE.

But here is what I want to focus upon:

…The second is showing that the Latin American Church, providentially through Pope Francis, and the Latin American magisterium, has a contribution to make to the Universal Church. We are no longer a reflection of the European Church, but we are a source that can help Europe and the United States to be reborn.

…I say this because in Europe there may be great intellectuals and thick books of dogmatic theology. But in many places and environments there is a pastoral collapse. In Latin America perhaps there is poverty, perhaps there is no sophisticated pastoral organization, but we have popular religiosity, we still have families and communities with faith, we have 12 million people visiting the Virgin of Guadalupe every December 12 in Mexico City, and similar demonstrations in every Marian sanctuary. In all Latin America we see that there is still a reserve of spiritual and cultural energy that can nourish a new missionary effort in countries that have lost the strong reference, for example, to popular religiosity and to a life of faith. It’s perhaps less enlightened, but more profound from the point of view of the personal encounter with the living person of Jesus.

With Catholicism it isn’t either/or but both/and! He talks about Europe’s great intellectuals and thick dogmatic books but then a pastoral collapse. Is there a cause and effect or can it be traced to the chaos in the Church since Vatican II, the loss of Catholic identity on an institutional level, the refashioning of the liturgy and other liturgical books and outlawing what previously worked?  There is a multi-faceted cause and effect to the decline and fall of Catholicism in Europe.

My second criticism of the good laymen is that he thinks the Latin American Church can help Europe and the United States be reborn. While it might be true of Europe, has he even been to the United States? The USA is probably the most religious country in the world and this includes all religions not just Catholicism. Does he not know that religious evangelicals have gone to Latin America and taken scores of Catholics away from the true Church and given them a popular religion which needs no priests and that this religion is spreading like wildlife throughout Latin America?

And what about the political chaos in Latin America? Is that a role-model for this papacy and the future of the Church in Europe and the United States?

And now for the kudos:

He speaks of popular piety in Latin America, especially Marian devotion and pilgrimages to Marian shrines You don’t need the clergy for popular devotions, save Benediction of the Most Blessed Sacrament.

Vatican II’s spirit in the immediate aftermath of Vatican II almost single handedly destroyed the tradition of popular devotions in the USA and over night between 1965 to ‘70. Certainly, since Pope St. John Paul II and Pope Benedict, there has been a recovery of some popular devotions, especially the Holy Rosary and Marian piety.

But again, what was it about the pre-Vatican II Church where Masses were packed and popular devotions flourished? It was not either/or but both/and back then.

Keep in mind the Mass was in Latin and popular devotions mostly in the vernacular and more creative and free flowing. It was a good mix and complimentary to each.

But yes, Latin American popular devotions are a good thing and a role model for the entire Church. And certainly Pope Francis has led the way in the recovery of these.

Has it trickled down to your parish?

This puff piece utterly ignores the problem of poor catechesis and education among Latin American Catholics. Popular piety and devotion don't amount to much if they are not grounded in orthodoxy. The Latin American Church has a strong tendency to ignore the uncomfortable parts of the catechism and mix superstition with Catholic devotion (like Santa Muerta and the Santeria cult). This is the region that has cursed us (and the world) with Pachamama.

I've seen too many Latin American priests in my lifetime who ignore rubrics and liturgical norms conveying the attitude, "It's all right, because I'm doing 'Hispanic Ministry'. There have been too many feasts of Our Lady of Guadalupe that, instead of honoring the Virgin Mary, we witnessed pagan ritual dances so we can all know the 'beautiful expression of diversity".

The presumed "superiority" of the Latin American way is annoying...but not surprising.

As a Latin American, I snorted. Catholicism in Brazil is almost a minority these days.

“The USA is probably the most religious country in the world and this includes all religions not just Catholicism.”

I used to believe this, but now I am not so sure. Just how deep within the person does “religion” go? Just paying lip service to religion and/or just attending a weekly religious service may be only superficial religion and using religion publicly as a pretext to gain political advantage is a cynical abuse of religion.

By contrast, my two closest friends in England, who are married to one another, are not “religious.” Neither attends church, and although the wife says she believes in God, the husband claims to be an atheist. And yet, in my estimation there is more genuine goodness, or dare I say, “practical Christianity,” in each of them than in many who wear the badge of religion on their sleeve. I would like to think that God is at work in them in ways that they, or certainly he, may be unable to recognize. And I hope to see each of them in heaven, any doubt I have on that score having more to do with me than with them!

Perhaps it all depends on how we define “religious.”

P.S. I think much the same can be said for my “atheist” English cousins or “atheist” English uncle and his wife when they were alive. Ironically, he was my “godfather” (I was baptized in the Church of England and only became a Catholic in my 20s). When my wife and I got married, my uncle wrote to me from England apologizing for not being much of a godfather and then telling me that the most important marriage advice he could give in that role now was “Be kind to one another.” Not bad advice, I think.

Mark, seeing religion as a matter of interior disposition rather than formal observance is all very well, but it makes the Church more-or-less irrelevant.

It's also easy on the conscience since you effectively make your own rules.

Mark, America IS the most religious country in the world. You want proof?

Look at the stock market.

Look at the proliferation of pornography.

Look at the celebrity/awards culture that places so much importance on entertainment and sells it to us as "the arts".

Look at the continuing growth of professional sports and the number of media devoted to reporting on the "very important" developments of every athlete and sports team.

Look at how young people are so devoted to their relationship with their electronic devices.

Yes, America IS the most religious country in the world. You just have to understand that "religious" involves the worship of many other gods than the One, True God that we worship.

The British inhabitants of the Falkland Islands didn't think much of Latin American culture when it was imposed upon them by an illegal invasion ordered by a military dictatorship. Not that I'd care to live on the Falklands (too bloody cold, for a start) but it's preferable to living in any Latin American country I can think of.

I understand the conundrum, of course. Although I do not have a comprehensive answer (which is for the theologians to articulate), I can say this much: Accepting the possibility that God’s mercy and grace extends to the people I mentioned does not make the Church irrelevant. True, it may be irrelevant to them. But it is certainly not irrelevant to us or to millions of others. Moreover, even though the Church may be irrelevant to them, Christ’s sacrifice certainly is not even though they do not know that.

Good point! Happily, I don’t think any of the people I have in mind worship such false gods.