WOW, BUT ARE WE BEING LED BACK TO THE AFTER PICTURE RATHER THEN MORE AFTER AFTERS? 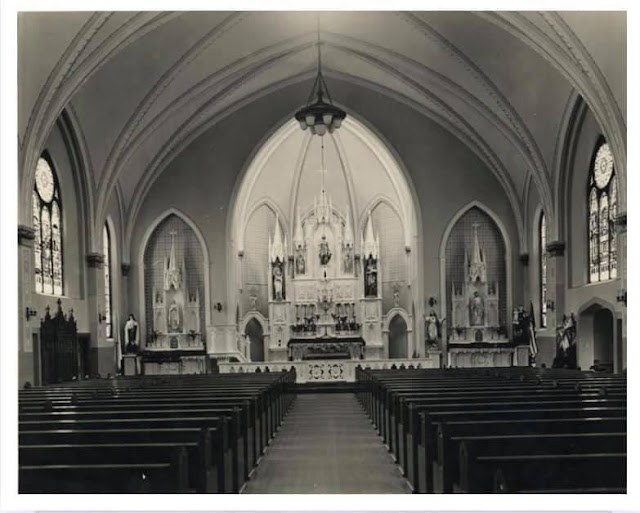 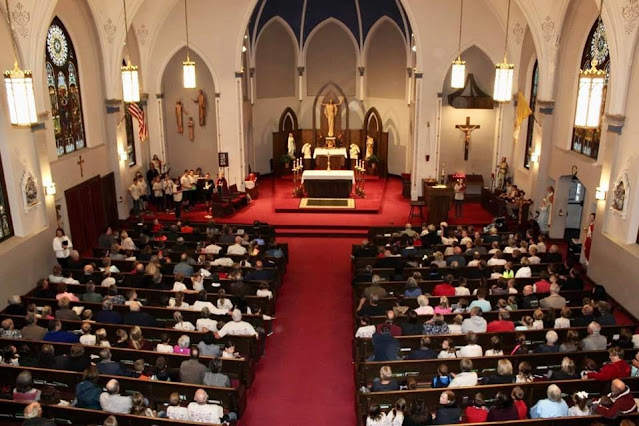 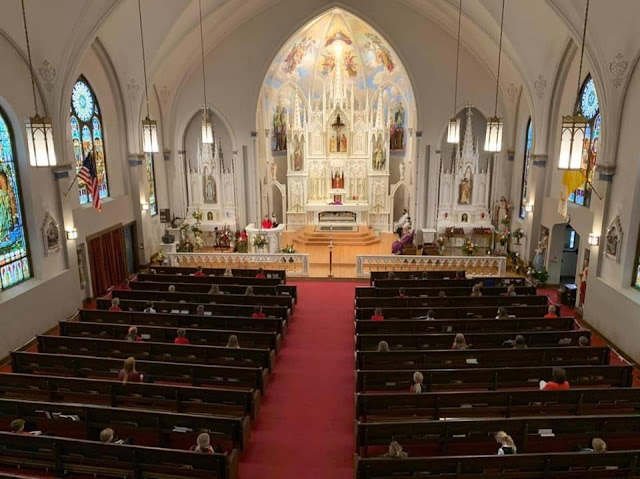 The after (middle photo) is a symbol of how confused the liturgical movement was that would have encouraged, allowed and mandated such an ugly disfigurement of a Catholic Church. It shows how incoherent, confused and just plain distasteful the liturgical theology was that informed the first renovation.

Please note the clutter, the choir crammed to the side and all the other stuff simply out of place.

And then there are those who ask, well, there are other reasons too that has led to only 12 % of Catholics who attend Mass.

The after after is splendid but I fear that those who are longing for the late 60’s and a Church that has canceled both Popes St. John Paul II and Benedict Emeritus XVI may well desire an after, after, after as incoherent as the after.

What church is that?

I think this time the “sheep” would fight back. To many, the priest is no longer “the big man on campus!”

what saddens me is all the money wasted and hearts destroyed in the "spirit of V2" because it is required. Just to have people realize after the fact that what was before was much better. Personally I believe the 2nd after is fantastic. Just think if the money was spent in the first place to just spruce up the paint and skip the chainsaw and sledgehammer!
How we have wasted our money and our future chasing ugliness and Protestantism.

I think that had I been a member there and lived through the destruction, I'd likely cry seeing this restoration. And, then, it appears that the High Altar is the altar. The world looks like its in order - it's just comforting somehow. When I see this, honestly, the first thing that comes to my mind is "I will go unto the altar of God". Every time. Don't know why other than regarding church attendance, the pieces just fall into place in my mind.