WHAT A SHAME, BUT AT LEAST THIS WRECKOVATION COULD EASILY BE UNDONE!

I copy this from Facebook’s “I’m fed up with ugly churches.”

I wonder what the majority of parishioners felt when this cathedral’s sanctuary was, well, to be nice, wreckovated?

- 1964 Baccalaureate Mass for the local university

- A wedding from the same angle

Since the ‘60s, they’ve knocked out the altar rail and a bunch of pews to extend the sanctuary and put the new altar on it. They’ve also apparently repainted the walls in the sanctuary, but the new picture doesn’t show them very well- they still have a pattern painted on them. Also, the St. Joseph side altar has been converted into a stage for the LifeTeen Mass’ band, so on St. Joseph’s Day (March 19) the St. Joseph Altar (a New Orleans-area tradition) has to be set up on the Marian side altar. 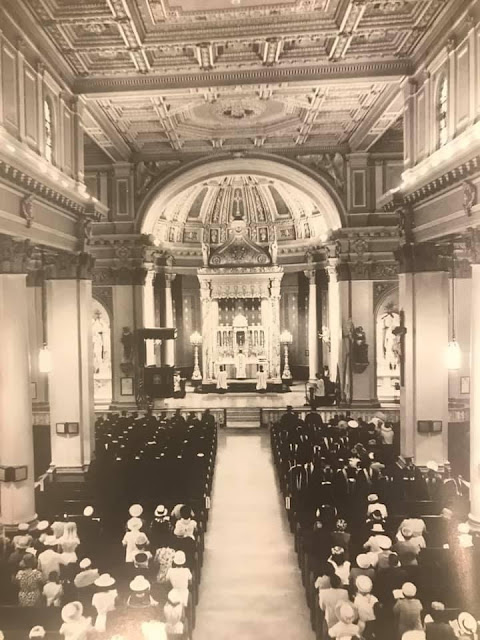 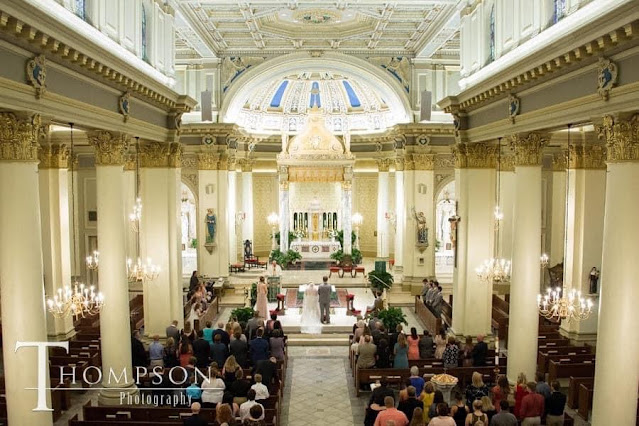 Unfortunately no after, after, but maybe one day!

It could have been worse (e.g. Holy Name Cathedral, Chicago, St. John the Evangelist, Milwaukee or, Holy Family Cathedral, Saskatoon).

There are some nice "after, afters" in Italy too. I was impressed by the new bronze altar at Piacenza cathedral, which looks much better in relation to the altarpiece than the previous altar (which was at floor level in the nave rather than in the presbytery).

The wreckovations continue, though: it's worth Googling Alba duomo, where the new art deco style sanctuary reminds me of the decor in The Abominable Dr Phibes. In Cardinal Bertone's old cathedral in Vercelli, the altar seems to move ten feet westwards every few years, and soon will be outside the west door...

That is a hard name (city) to spell or pronounce---who would think of it as a diocese?