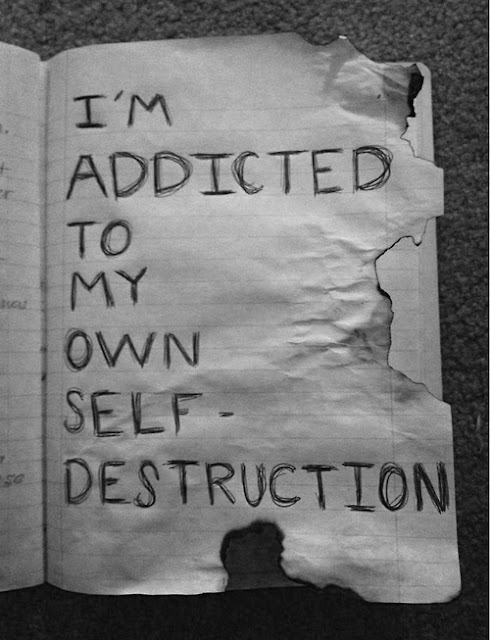 Every political and religious movements have members as a subgroup who become radicalized or fanaticized and derail what otherwise was/is good and wholesome.

We see that in today’s Republican Party and the meltdown occurring within their ranks because of  radicalized subgroups capable of high rhetoric and insurrection, the latter quite unAmerican.

It happens too in the left wing of the Democratic Party with the riots this summer and damaging or destroying some federal buildings. None of these, though, and this is a big difference, were directly linked to an elected President. Thus, while serious, and crimes committed should be prosecuted, the President of the USA or a former US President did not whip up the leftist crowds before they wreck riots and fires and death.

It has to do with radical or fanatical traddies who will derail the EF movement in the Church if they keep up any schismatic trends. When they think the See of Peter is vacant or denigrate the pope, the ordinary form of the Mass properly celebrated, using all the legitimate options available and think that such Masses are illegitimate or invalid, we have a Protestant problem within so-called traddies, who in fact aren’t traddies but are reformation type Protestants.

Basically, radical traddies who are unhinged and off the rails commit grievous sins against the two Great Commandments, knowing quite well that it is serious matter to do so, know that their sins against charity are mortal sins and do so with full consent of the will and often with foresight and planning.

When they bite the hands of those who feed them and those who feed them actually support the healthy aspects of the EF Movement in the Church as envisioned by Pope Benedict XVI, and then the biting and bad behavior  derails the EF Movement for everyone, they have no one to blame but themselves and perhaps their playing into Satan’s hands and plans.

I recently heard some radical traddies get upset when an OF Mass was celebrated in Latin and ad orientem in place of an EF Mass, as though Jesus Christ was not present in that OF Mass or any OF Mass in the same way He is in the EF Mass—what nonsense and heresy. But this is an example of self-destruction of an otherwise wonderful movement by a small but vocal group of people who are negative, unruly radical activists.

Father, you are most correct in what you state. In my parish, we have two very orthodox priests. They provide a high level of service at two parishes which formerly had multiple priests in each parish. The pastor says the EF Mass on Sundays and Saturday mornings. The associate does not for personal reasons. If the pastor is gone, he will get a substitute for the Sunday mass. The associate will say the Saturday morning mass as a NO mass. People will get up and leave if they see the associate come out of the sacristy. In their mind, he is not a true priest. The pastor should correct this, but he doesn't.

Yes, the pastor under is commission link to his bishop needs to nip that in the bud or flower, by teaching, ruling and sanctifying which includes fraternal correction.

I don't agree with the right-wing insanity in which Father John Zulhsdorf has, for years, trafficked.

I find rabid progressive liberals and rabid traditional conservatives of the same cloth, same as Nazis and Communists, both are so extreme to left and right that they meet on the dark side of the universe and are one.

In regards to religious practice, both camps are entirely focused on external form and both camps heavily infested with people who do not have a spiritual bone in their bodies. The traddies may grind out more rote prayer which nevers enters their heart, but that is about the only difference between them, in the main.

I will be the first to admit the traditional form allows a person far more chance for genuine loving attentiveness to God in the heart during the Holy Sacrifice, but it is muchly ignored and squandered by the page flipping traddies far more worried as to not making a mistake in the exterior form. This state of affairs not helped at all by the many priests who speed mumble through the Latin at a pace impossible for anyone to even keep pace when silently reading to self, and so the words wasted entire in not speaking to the heart.

Father, you're painting with a pretty broad brush here.

Traditionalists have a very narrow road to navigate these days. Speaking for myself, I pray for the pope, but I also don't trust him and you know darned well why. I try to reserve my remarks about the pope--especially those publicly made--but then he goes and does something that is indefensible and I feel like a fool.

And then we have a whole other group of Catholics, including "ape of the church" types who just can't wait to point at trads and label us as "schimsatics".

We're in a mess. Solid leadership could do a lot to make it better, but...still waiting.

Now Fr Z’s excesses have been highlighted sufficiently to prompt the hierarchy to take appropriate action, we will be focusing upon the extremism within Fr McD’s blog!!!!

Me, too, Bluto? I shall make out my last will and testament immediately. Nothing frightens me more than an enraged herd of internet addicts hiding behind fake names denouncing me anonymously. I live in abject fear of that very thing. Only one thing frightens me more, and that is white rice.

Such brave warriors. You folk need to write memoirs to read to the great-grandchildren, of your heroic electronic commando raids, tireless tapping away 24/7 seeking to destroy the evil enemy, such as a priest with whom you disagreed over politics or worship style.

I am sure they will be impressed and so will be God who shall grant you everything you deserve and for which you worked so hard. It will be a pleasure to see you so richly and justly rewarded for your mighty deeds.

Also, my congratulations to you, and all the rest of the "we" mice in your pocket, as obviously instrumental in bringing down the mighty Father Z, who was invincible in his Fortress Of Irrectitude until you arrived, and you all focused your amazing superpowers from the planet Whyne, overwhelming even his dreaded Stolen Exorcism screen. Another triumph for The Social Justice League making the universe safe for those who would destroy everything to save it.

Actually, Be Warned!'s post reads more as something Marvin the Martian might say regarding the use of an Illudium Q-36 Explosive Space Modulator.

Traditionalists! LOL. I'm pretty sure that if this was liberal or moderate priest doing something crazy, it would have been posted here by now.

MADISON (WKOW) -- A priest who performed live-streamed exorcisms, falsely alleging that there was widespread election fraud, will leave the Diocese of Madison.

Fr. John Zuhlsdorf, a priest of the Italian Diocese of Velletri-Segni, near Rome, had been serving as the president of the Tridentine Mass Society of Madison, a private association of Roman Catholics dedicated to the preservation of the Latin Mass, according to the group's website.

During live-streams on YouTube prior to the Jan. 6 certification in Congress of Joe Biden's electoral college win, Zuhlsdorf held exorcisms to drive away what he said were demonic influences to steal the election. The YouTube posts have since been removed.

Despite the claim, no widespread fraud was ever discovered.

A statement sent to Madison diocese priests said Zuhlsdorf will relocate to "pursue other opportunities" and noted it was a mutual decision between Zuhlsdorf and Bishop Donald Hying.

"After discussion between the Bishop of Madison and the Reverend Father John Zuhlsdorf, a mutual decision was reached not to renew the agreement with the Bishop of Velletri-Segni regarding a priest residing and ministering outside of his diocese of incardination," read the statement.

The statement also said that Zuhlsdorf, who has served in the diocese since 2014, remains in "good canonical standing."

According to a story in the National Catholic Reporter, Zuhlsdorf's departure occurs one week after he came under fire from at least two publications for practicing the exorcisms.

"I recently heard some radical traddies get upset when an OF Mass was celebrated in Latin and ad orientem in place of an EF Mass, as though Jesus Christ was not present in that OF Mass or any OF Mass in the same way He is in the EF Mass"
That is a willfully malicious misrepresentation of the comments and situation. You impute a sin against charity which is your own condemnation.

Thomas you have a forum to clarify what you heard. Please do.