LET’S GET INTO SOME REAL THEOLOGY!

On January 6, Epiphany, Italy not only celebrates the three Magi, but also the mythical Santa Claus-like La Befana. She is a good witch and most Americans might associate her with the dark side of Halloween. However, like Santa Claus, and like the three Magi, she brings tiny gifts to good children. She fills their stockings with fruits, small toys, nuts and the like. The bad children get coal. My mother wanted to promote LaBefana when we moved to the USA but my father was opposed to it thinking that I would get confused in terms of Santa Claus which he loved and this witch. But heck, if I could get gifts from Santa on December 25 and gifts for La Befana on January 6, there would be nothing confusing about that! 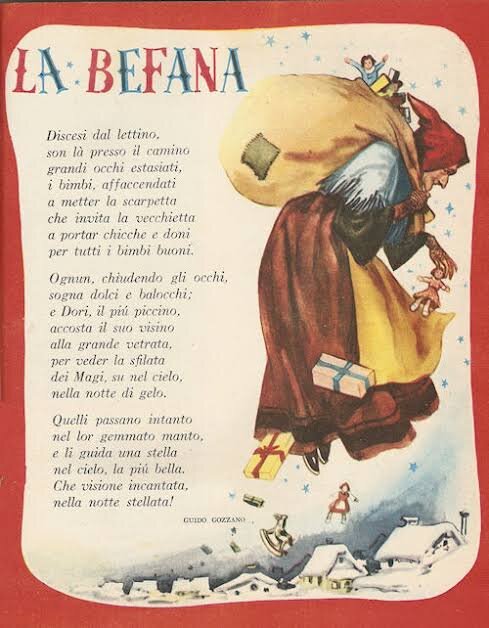 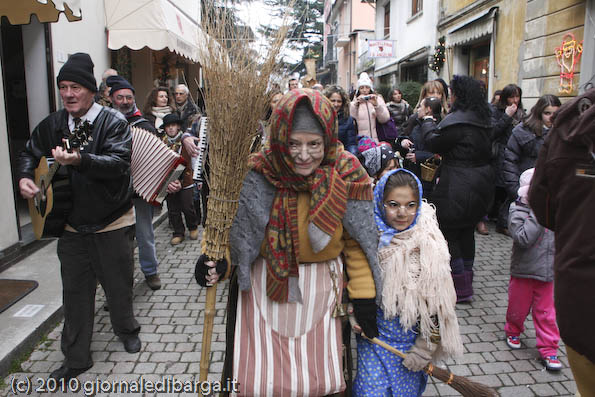 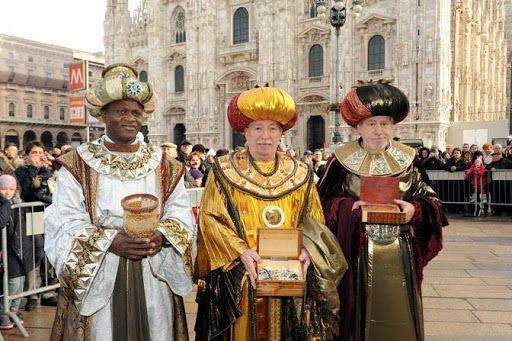 This country would have been better if the traditions of European religious street theatre were allowed to prosper. Sadly they were not appreciated in Protestant America. Odd to think that in this land of liberty nearly all street performances (busking) are banned. The only ones that are allowed are protests. Strange land for sure.

I got chocolate today from Austria from the wife of a man I was kind to. She is a wonderful person and he is a great guy well deserving of any help I can give them. The kind witch was kind to me for helping them. Life is good!

My oldest friend who now lives in Italy does La Befana with her grandchild. Seems like a fun little tradition.