BUT I SAY: EDITORIAL: IT’S TIME FOR THE VATICAN SHOULD INVESTIGATE THE NCR, (NATIONAL CHISMATIC REPORTER) 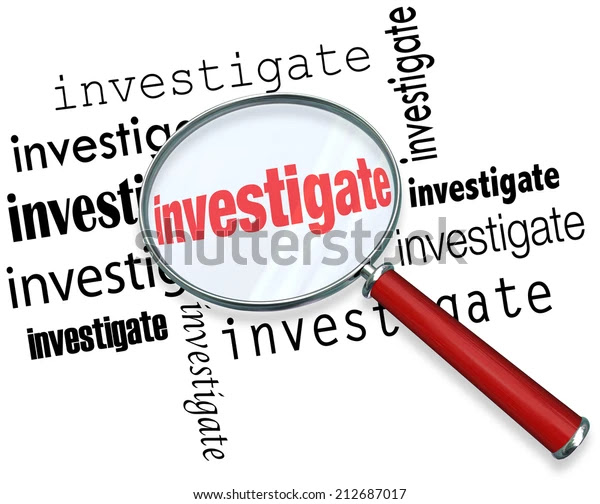 Editorial: It's time for the Vatican to investigate the US bishops' conference

If most Americans haven't figured it out, warfare involves many venues and the most striking and damaging warfare of our time is information warfare. We have news suppressed. We have media that selects only stories that suit a narrative they wish to promulgate. We have disinformation. We have vying accusations of "fake news" and the public's knowledge levels, attitudes and behaviors are all affected by this conundrum of facts, fiction, narratives and misinformation.

As such, the National Catholic Reporter and U.S. Catholic are two of the biggest culprits in the information war on Catholics and they are gravely culpable for destroying or damaging the faith of millions.

I don't want to even speculate on the shared culpability of "pastors" who leave this slop in the racks of their parish church's vestibules.

The two order President Biden issues, the first on the Day of Prayer for the Legal Protection of the unborn and the others on women's health and American imperialism by spreading the code word for abortion throughout the world seem to me to qualify for censure if not some type of excommunication. It seems worse that the cases that Archbishop Rummell of New Orleans had. Here's a news story from April 20, 1962:
New Orleans Story Behind Excommunications Issued by Archbishop Rummel

NEW ORLEANS (NC) Archbishop Joseph F. Rummei of New Orleans has excommunicated three Catholic segregationist leaders here for their effortt to block his school desegregation order. Named in the decree of excommunication were Lcander H. Perez, Sr., Jackson G. Ricau. and Mrs. B. J. Gaillot, Jr. Perez is political boss of neighboring Plaquemines and St. Bernard parishes (counties) and one of Louisiana's most outspoken foes of integration. Ricau is executive secretary of the segregationist New Orleans Citizens' Council. Mrs. Gaillot is president of a group called Save Our Nation, Inc., which teaches that the Bible requires segregation. The decree of excommunication said remission of the penalty was reserved to Archbishop Rummel or his delegate. Excommunication is the Church's most severe penalty. Excommunicated persons may not participate actively In the divine offices of the Church: the Mass, exposition of the Blessed Sacrament, funerals and processions: but may assist passively unless

they are excommunicated In the most severe way (vitandi). Excommunicated persons may not participate in the divine offices of the Church: the Mass, exposition of the Blessed Sacrament, funerals and processions. Following is the text of the decree of excommunication, made public (April 16) by the archdiocesan chancery: "Despite the paternal admonition of His Excellency the Most Reverend Joseph Francis Rummel. Archbishop of New Orleans, cautioning certain members of the Church against any further attempt through word or deed to hinder his orders or provoke the devoted people of this venerable archdiocese to disobedience. or rebellion, in the matter of opening our schools to all Catholic children, the following subjects of the Archdiocese of New Orleans, by flagrant disregard of his fatherly counsel, have incurred the spiritual penalty of excommunication of which he warned them in his 'personal and confidential' letter of March 31, 1962: "Mr. Leander H. Perez, Sr.. Mr. Jackson G. Ricau, Mrs. B. J. Gaillot. Jr. "This spiritual penalty may be remitted only by the Ordinary or by his delegate. Given at the chancery this 16th day of April In the year of Our l ord 1962 by order of the Most Reverend Archbishop. { "(Signed) Charles J. 'Plauche, Chancellor.''

Perez, Ricau and Mrs. Gaillot had been among the most active of those opposing Archbishop Rummel's March 27 order that all Catholic schools in the New Orleans archdiocese be integrated next fall. Following a March 30 protect rally by the Citizens' Council. Archbishop Rummel on March 31 sent some Catholics here letters threatening excommunication if they persisted in their agitation against integration. The archdiocesan chancery declined to name those who received letters, but said they went to "a few Catholics." Mrs. Gaillot made public the text of the letter sent to her. She then sought an interview with Archbishop Rummel. An interview was scheduled for April 16. It was canceled, however, when the Archbishop refused to go along with Mrs. Gaillot's request that she bring two witnesses of her own choice with her. In a statement commenting on the cancellation of the interview. the chancery office said Archbishop Rummel had become "convinced that Mrs. Gaillot obviously intended to use this interview to gain further widespread publicity for her personal interpretation of Holy Scripture." The chancery said Mrs. Gaillot confirmed the cancellation of the interview in a telegram to Archbishop Rummel. in which she also "refused to accept the admonition"

contained in his March 31 letter to her. Notified of the excommunication decree. Mrs. Gaillot said: "His Excellency has no right to make that official without notifying me first. His accusations are false. And the Vatican will have to intervene." Perez, who has consistently opposed school integration here was a featured speaker at the March 30 Citizens' Council meeting. At that time he urged Catholics to "take your children out of every parochial school—cut off their wnter—make them stop serving the cause of the Communists." Perez called Archbishop Rummel's integration order a "black curse on the 75,000 Catholic white children" involved. He said the order was an example of “moral degradation" and "violates every principle of Christianity." Three Catholic women, members of Mrs. Gaillot's Save Our Nation. Inc., group picketed St. Patrick's Church here the day before the ex:ommunication announcement (April 15). Msgr. Henry C. Bezou. archdiocesan superintendent of schools, is pastor of the downtown parish. The women were Mrs Delphine Roberts. Mrs. Marie Huff and Mrs. Loretta Anser. They carried signs protesting the school integration order. In recent years, excommunication or its threat has been an issue in two other incidents involving the race question in this country. In 1947 Archbishop (now Cardinal) Joseph Ritter of St. Louis, in a letter read in all churches of his archdiocese, reminded Catholics that excommunication is the penalty for Catholics who seek to "interfere in the administrative office of their Bishop by having recourse to any authority outside the Church.” Subsequently, a parents' group organized to fight admission of Negro students to previously all-white Catholic schools was disbanded.

In 1955 Bishop Jules B. Jcanmard of Lafayette. La., excommunicated assailants of the teacher of an integrated catechism class in Our Lady of Lourdes Parish. Erath, La. There have also been other recent highly publicized cases in which excommunication was Involved. In 1950, in a move aimed at barring cooperation with Communist regimes, the Vatican issued a decree of automatic excommunication for all who attempt to overthrow Church authority or who accept or hold Church offices without proper Church »yAll who took part in the trials by Hungarian Communist courts of Jozscf Cardinal Mindszcnty, Primate of Hungary, in 1949, and Archbishop Joasef Groesz of Kalocsa, in 1951, were formally excommunicated. Earlier three Hungarian priests serving in the Communist-controlled parliament were excommunicated

A Chinese priest. Father John Baptist LI. was excommunicated in 1952 for leading a schismatic movement in Red China. A Vatican source recently stated that Cuban Premier Fidel Castro was automatically, excommunicated for impeding the work of Bishops and priests in Cuba.

When are you going to come to the defense of your voting for this evil which was clearly foreseeable for folks who are able to think? Showing up at a clinic to protest abortion is just window dressing when you vote the way you do!

Anon at 11:40. Fr K isn't even participating in this thread yet as of my writing. I'm guessing you are TJM? I recall in another thread I was told Fr K always starts it and thus deserves the hatred he gets, yet here is yet another thread where you or someone else is going nuts because he doesn't support your politics even though he has done much more to show he cares for the unborn than you ever have. Also, let's be honest, this has nothing to do with abortion. You don't care a thing for the unborn - especially if you really are TJM. You just want to drive as many folks away from Christ as possible for the sin of disagreeing with you so the Church can be a tiny echo chamber full of bitter folks such as yourself.

LOL - I am merely pointing out the HUGE disconnect between the teachings of the Faith he claims to follow and his actual practices. Hint: in the real world this is called hypocrisy. So voting for the Abortion Party helps the unborn? Pray tell!

To call someone a hypocrite you need evidence that they are one. In the real world this is called honesty and integrity. Those are qualities you have never demonstrated online, yet you act like you are above Christ and His Church in your judgement of others.

And neither party is pro life. Don't kid yourself.

Anonymous at 1821 - Speaking from real life experience with Fr. K (a.k.a. Pater Ignotus), TJM’s assessment is correct. I agree with you about both political parties not being pro-life.However, despite his personal flaws, President #45 was the most pro-life president of my lifetime. He did things to ensure that the US and its taxpayers were not bankrolling pro-death activities at home and abroad. His only pro-life failure in my eyes was the complete defunding of that vile organization, Planned Parenthood. One big difference between the Democratic Party and the Republican Party with regard to pro-life is that the Democrats are aggressively promoting it worldwide, whereas, most Republicans are pretty passive about promoting pro-life except at election time.

Grateful to be vilified said...

Pater Ignotus Was My Pastor

With a stroke of a pen, #46 has re-funded overseas abortions, opened wide the doors for killing unborn children, eliminated thousands of jobs, appointed cabinet members with very suspicious ties to Wall Street, has opened up our power grid to Chinese interference, provoked China into asserting that recognition of Tawain means war and ended our energy independence. and has "National Security" people who believe all white people are racist/supremacists and that Republican voter registration equates with terrorism. And if that isn't enough, in the last two weeks, gasoline has gone up about $.15 per gallon, which is the equivalent of a pay cut for most working Americans. Oh, did I forget to mention that the walking corpse got more votes than Obama and you'd better just shut up and accept it?

So stop praising #45. He was obviously terrible.