His Holiness, Pope Francis departs for South Korea yesterday with satchel in hand. 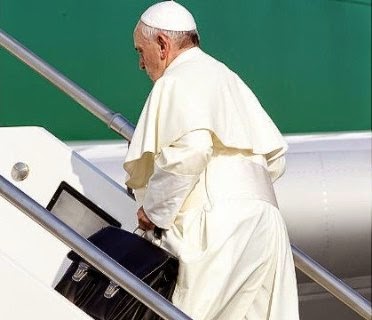 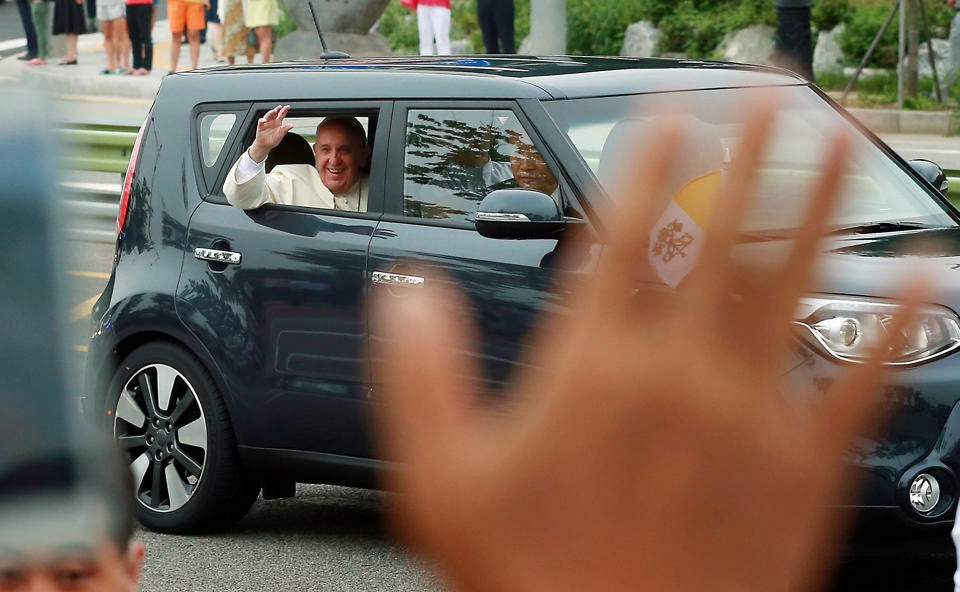 In addition to all the other things Pope Francis has accomplished in the last year and a half, he evidently has been studying languages too! Maybe His Holiness has the Rosetta Stone?

Two weeks ago he had a huge outdoor gathering of German altar servers with over 50,000 in attendance. At that meeting His Holiness spoke to them in German!

His Holiness speech begins around minute 39:30: