POPE FRANCIS SAYS THE CHURCH IS A FIELD HOSPITAL AND IF SO THE DOCTORS MUST MAKE THE PROPER DIAGNOSIS OF WHAT ILLS THE PATIENTS! 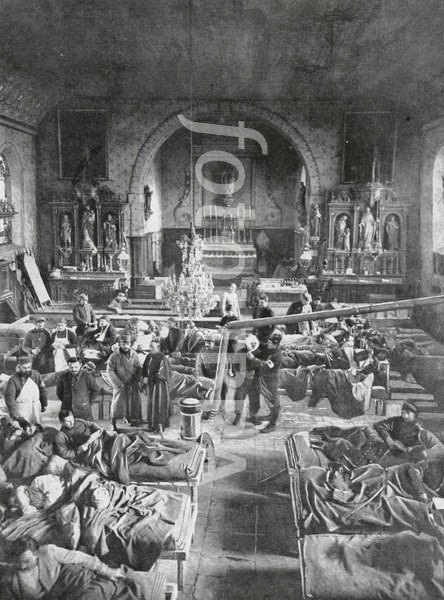 I've always taught as many others and way before Pope Francis entered the seen, that the Church is a hospital for sinners not a country club for those who have no sins or don't believe they do.

So, if the Church is a hospital, then it makes sense for the doctors to make the right diagnosis and offer the remedy and not just bandages mind you, but healing, real healing!

And this is certainly what Pope Francis is doing when it comes to the family and His Holiness theology is certainly in continuity with all his predecessors, especially Pope Benedict XVI:

Pope Francis: Family Under ‘Attack’ from ‘Worldly Centers of Power’
by Hilary White on Aug 15, 2014

Pope Francis echoed his two immediate predecessors last week when he told an international meeting on the family that the institution is under “the attacks of manipulation and dominance” from “worldly centres of power.”

The family, the pope said, “is a centre of love, where reigns the law of respect and communion.” Francis was speaking to the annual Latin American Congress for the Pastoral Care of the Family, organized by CELAM, the Latin American Episcopal Council (Consejo Episcopal Latinoamericano).

“Faced with a materialistic view of the world, the family does not reduce man to sterile utilitarianism, but channels his deepest desires,” the pope said. “The family reflects the image of God, in his deepest mystery, and in this way allows you to see human love as a sign of God’s love and presence.”

Quoting Pope Emeritus Benedict XVI in his encyclical Caritas in Veritate, Francis said that “the family is a great ‘social wealth,’” adding that its two “primary contributions” are “stability and fertility.”

“We learn to live in the nuclear family based on loving relationships that are faithful unto death, such as that of a spouse, father, child and brother or sister. These relationships form the basic fabric of human society, when they are given cohesion and consistency,” the pope said.

“Family love is fruitful, not only because it generates new lives, but also because it broadens the horizon of existence, creates a new world,” he added.

According to the website of the Pontifical Council for Social Communications, the congress intends to “analyze the possibilities and challenges of families on the continent, with the aim of making them into the subjects of the social development in the country.”

Pope Francis’ address also echoes his own recent warnings in June that the devil is trying to destroy the family as an institution all over the world. “Families are the domestic Church, where Christ grows up – grows up in the love of the spouses, grows up in the life of the children…May the Lord bless the family. May He make it strong in this crisis, in which the devil wishes to destroy it.”

The theme of the spiritual and social value of the family based on marriage has been a preoccupation of popes since the launch of the Sexual Revolution of the 1960s. In his 1981 apostolic exhortation Familiaris Consortio, Pope John Paul II wrote, “According to the plan of God, marriage is the foundation of the wider community of the family, since the very institution of marriage and conjugal love are ordained to the procreation and education of children, in whom they find their crowning.”

“[T]he couple, while giving themselves to one another, give not just themselves but also the reality of children, who are a living reflection of their love, a permanent sign of conjugal unity and a living and inseparable synthesis of their being a father and a mother.”

More recently, Pope Benedict held up marriage and the family, and attacks against them, as a major theme of his pontificate. In March 2010 Benedict wrote to the International Youth Forum in Rocca di Papa, south of Rome. “The relationship between the man and the woman reflects divine love in a quite special way; therefore the conjugal bond acquires an immense dignity,” he said.

“Human beings are made for love,” Benedict said. “Their lives are completely fulfilled only if they are lived in love.”

Pope Francis’ comments come in anticipation of the opening of the Synod of Bishops this October that will address the different threats to the family around the world. Some high-ranking prelates in Italy and abroad have expressed grave concerns that the Synod will try to sideline Pope John Paul’s traditional iteration of Catholic teaching in Familiaris Consortio.

Cardinal Carlo Caffarra, the archbishop of Bologna, said in a recent newspaper interview that the Catholic Church, in its traditional teaching on the family “defends the poor and downtrodden.”

“Familiaris Consortio states that the Church has a supernatural sense of the faith, which does not consist solely or necessarily in the consensus of the faithful.”

“The Church, following Christ, seeks the truth, which does not always coincide with the opinion of the majority. She listens to conscience and not power. And in this way she defends the poor and the downtrodden.”

“Familiaris Consortio, then, has been a great doctrinal development, made possible by the cycle of catechesis of Pope John Paul II on human love,” the cardinal added.

The Church is who needs a physician…a shrink, to be exact. She is suffering from self-destructive psychosis and novas ordonitis.