ABANDONING CHRIST AND HIS TRUTH IS A RECIPE FOR CHURCH SUICIDE 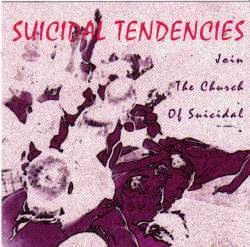 Over at Bonfires of Vanities, Fr. Martin Fox posts the following about the continuing, dramatic and negative or shrinking numbers of the most liberal Protestant denominations in the country:

Give into the Zeitgeist? Not a plan of success:

Of course, the declines are likely explained by many other factors; many, if not all, these denominations were already on a downward trajectory, as their liberalizing trends didn't begin with endorsing a redefinition of marriage.

What's more, Catholics and others committed to an orthodox understanding of morality and marriage in particular should not take comfort too easily. When our Lord walked the earth, people walked away from him because of things he taught, and in the end, the crowd chanted "crucify him" instead of "my Lord and my God." So we should not expect to be popular when we offer the Lord's message.

But embracing an "evolution" of marriage didn't help, and almost certainly accelerated the decline.

Data from Alexander Griswold, "How To Shrink Your Church In One Easy Step," at The Federalist.


MY COMMENTS: The denominations listed above have betrayed Christ by conforming to the secular world as the term "world" is understood in St. John's Gospel and the Book of Revelation. In fact one wonders if these congregations, both their laity and clergy have a death wish as they continue to do what the LCWR does to Religious Life in the Catholic Church and yet remain in denial enabling such decline rooted in facts. (For example I mentioned in the previous post that in Augusta and it would be similar to Macon, although Augusta has a much larger Catholic population, in the early 60's there were over 70 nuns in the metro area in four different orders. Today there are two to three aging nuns. Thank LCWR and its ideology of Religious Life for that!)

What accounts for this in the Catholic Church in the USA?

INFIDELITY TO GOD AND HIS CHURCH WHICH HAS LED TO:

a. the sex abuse scandal which has alienated so many Catholics and we can lay at the feet of bishops mismanagement and lack of transparency

b. Infidelity by clergy and laity to the Deposit of Faith especially obedience to the Magisterium in the areas of Faith, Morals and Canon Law (Morals based in Scripture and fortified in Natural Law)

c. Outright rebellion against Pope Paul VI's Humanae Vitae in the all areas of sexuality beginning with its primary purpose within the context of natural marriage which has led to the desire for sex divorced from pro-creation and natural families, same sex marriage and female priestesses

d. Fierce individualism which has led to personal infallibility as it concerns subjective faith and morals and a make-it-up as you go kind of cafeteria Catholicism, picking and choosing and developing new and poison concoctions

e. liberalism that is worldly and makes the Church simply a horizontal community for people to hold hands and feel good about what they do especially in the areas of social justice and helping the poor

Perhaps you have others observations

Father you hit this one out of the ball park. You are 100% correct. But my question is what do we as individual Catholics, and as a Church, to reverse the trend?

Fidelity, fidelity, fidelity. There has to be a universal strategy not just subsidiarity that is fragmented or disjointed. What has failed is the wrong implementation of Vatican II that occurred immediately so much so that in four years time from the conclusion of Vatican II in 1964 to Humanae Vitae in 1968 Catholics thought that the Church they knew up until Vatican II was bad, mean, evil and that Vatican II ushered in an "adult" Catholicism where Catholics could make it up as they go, this included bishops, priests, religious and laity who helped promote the rebellion against Pope Paul VI, soon to be beatified for his courage in the face of this sort of apostasy.

Pope Benedict had the recipie, go back to the Vatican II documents and actually implement the timeless aspects of it, critique its "time constrained" ideologies, meaning the hyper-positive nature of what man could accomplish by himself in the secular and religious world, and evaluate what unbridled dialogue with the world, with other Christian denominations and with other religions has done to undermine the truths of the true Church and create a new kind of the heresy of universalism.

Key to this was/is Pope Benedict's SP not to return exclusively to the Pre-Vatican II paradigm of Liturgy and ecclesiology, but to make post-Vatican II liturgy and ecclesiology in continuity with its pre-Vatican II expressions. I think a return to a more "rigid" liturgy, well celebrated but in continuity with pre-Vatican II's sense of the sacred, reverence and devotion are necessary, which includes most importantly kneeling for Holy Communion, more care with handling the Sacred Species, who distributes and to a lesser extent with ad orientem, but acknowledging the Benedictine Altar arrangement as necessary and once again incorporating into the liturgy a rubric about the priest acknowledging the crucifix during various parts of the Mass as is the case in the EF form of the Mass.

That would be a start.

In an article in the current Latin Mass magazine, Ronald Connelly mentions “the hierarchy’s complicity in habitual scandal. (Only the hierarchy has the God-given authority, duty, and privilege of excommunicating those who preach in opposition to Jesus Christ and the Church He founded. 1.2 billion Catholic laity cannot cleanse the Church of one iota of filth.)”

“The filth of the hierarchy in permitting the identity and integrity of the Church to be obscured by scandal, hypocrisy, and duplicity.” He mentions the scandal of the hierarchy implicitly teaching “that one can hold any position on faith and morals and still remain a member of good standing within the Catholic Church.” E.g. “scandalous bishops and priests who are homosexuals and who promote their lifestyle, yet remain in good standing within the Church.”

“Bishops and clergy who obstinately deny the truths of Christ and His Church are defined by the Church as heretics. On the other hand, there are good bishops and priests, who are always faithful to Christ’s teachings, but they do not publicly oppose and correct their scandalous brothers. . . . . Is there a moral culpability of those bishops who remain silent in the face of other bishops who publicly preach heresy? If so, which is the greater culpability?”

“The Catholic Church today is riddled with institutional corruption. Our Church today is gravely ill, devastated not by forces outside the Church, but by the lives of many of its own bishops and priests.”

Unless the Episcopal has changed how they count the ASA, their numbers are worse. Last I heard they still count the 5 Dioceses that have left them and their Apostasy.

Gay Marriage is not what caused this, it was the acceptance of Divorce and contraception in the 1930's.

Once sin was approved, it was natural for other sins such as approving homosexuality lifestyles, abortion etc.

What can the Church do to reverse the trend? Hear some advice from someone in the trenches of Anglicanism....preach the gospel, allow no..NONE, deviation from the faith once handed down. Not from the pew or the pulpit. Call for repentance and if it is refused...cast them out. My Bishop has ex-communicated members of my parish. Most repented and are reconciled. Some sadly choose evil. We still pray for their souls, but eliminated the evil they spread. Orthodox Anglicans thought they could reason with evil. Before we knew it, Satan had his minions in miters.

Some of my brother Anglican priest look at the Roman Catholic Church and see you in the first stages of the fall we have experienced. While there is not official approval of sin...it is ignored for pastoral reasons. Divorce, living together, fornication, homosexuality, birth control, disloyal religious, Deacons, Priests, Bishops. Protestantism is rife through the Church with laity and clerics picking and choose what they will believe.

Learn from us Anglicans and our failures. Do not repeat them for your sake. I pray for the Church as I see it as a refuge for my children and grandchildren. Unless the Holy Spirit blows the evil out of Anglicanism, I give it two generations before it is apostate.

Father McDonald, I agree with all your observations a to e. And also what you say above in your comments.

The Anglican problems started when they chose the throne of England over the Chair of Peter.

The answer is to recommit to the goal that all our ancestors understood intuitively about being Catholic: to make disciples of all nations.

There's a 180 degree difference in the mind and heart of someone whose chief goal in life as a Catholic is to just maintain the status quo vs. the person who lives his Catholicism as an 'intentional disciple' for the sake of bringing Christ to everyone in his zip code...to quintuple the size of his parish or more....

If the former, then it's the same old, same old. But if the latter, then EVERYTHING NEEDS TO BE IMPROVED...better architecture, better choirs, better homilies, better catechesis, more catechists, more Knights of Columbus, more altar servers... there's a passion and drive, a zeal and youthful zest. It's about bringing Jesus to souls hungering and dying for LACK of Jesus.

The former will afford itself time and luxury to squabble with other tribes over the scraps. The latter doesn't have time for squabbles - it's always on the move. It simply bypasses the squabble and moves on to create the environment in which people can receive the gift of conversion.

Youth will give their lives to a dynamic, exciting, demanding mission - they WON'T give themselves to just maintaining the staid status quo that acts like a fearful toady seeking to 'be nice' to the cool secular kids running society. Youth have always wanted to over turn the apple cart, to prove the 'cool kids' wrong and silly. To flip the pancake. Change the paradigm.

That's the insight of St. JP2 for the WYD (that all the cool kids both secular and religious pooh poohed as unlikely to succeed).

How radical and crazy an idea would it be to assemble 100 youth from your parish and seriously chart out what would need to happen to triple the number of active Catholics within 5 years (which essentially would require that you increase the total number of registered Catholics by a factor of 6)?

Wouldn't we be focused on that crazy mission if what we say we believe, was actually....true?

The relevant data is found here:

The average parish Mass before Vatican II (in the USA) had as many people present as our parishes now get only during Christmas or Easter.

Typically children got taught catechism by nuns and their own mothers...there was much more extracurricular activities for boys too that were healthy and run by good men.

Fr. McDonald, it would be neat if the ushers could do an informal head count of all school age children at Mass.... or ask someone to make the count at communion: how many teenagers receive? And then compare this number to the total number of children who we know are members of registered families?

We know how many children are Catholic and go to local Catholic schools and how many go to CCD etc. are we seeing them at Mass?

your comment on thrones and chairs solves nothing and shows you have a shallow understanding of history.

The break with Rome was not until 1570 with Pope Pius V. Kinda of forced England's hand by telling Ole Bess's subjects they could be good catholics and rebel against her. Politics not religion paid a big part in Henry's, Leo's, Bess's and Pius's actions. Faith was at best secondary.

The break was after many centuries of Popes acting likes kings instead of Vicars of Christ.