IT WAS BOUND TO HAPPEN AND IT HAS, THE ULTRA SCHISMATIC AND LEFTEST PUBLICATION, THE NATIONAL CHISMATIC REPORT (NCR) TURNS ON POPE FRANCIS 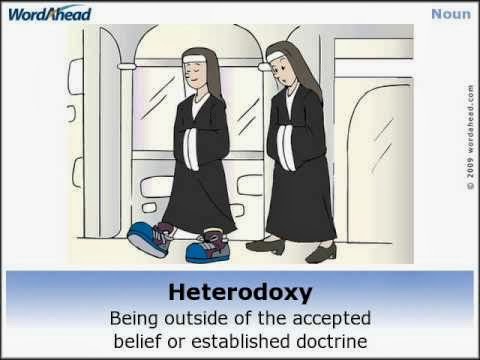 MY COMMENTS FIRST: I THINK IT IS SAFE TO ASSUME THAT THE HONEYMOON IS OVER WITH HETERODOX PROGRESSIVE CATHOLICS AND POPE FRANCIS. PROGRESSIVES ARE STARTING TO SHOW THEIR TRUE IDEOLOGICAL AGENDA. I APPLAUD THEIR HONESTY IN THIS REGARD. KEEP IN MIND, AS BAD AS THE CLERICAL ABUSE SCANDAL HAS BEEN, THOSE IDEOLOGUES WHO HAVE BEEN USING IT ARE USING IT TO CHANGE THE CHURCH ON A WHOLE HOST OF OTHER THINGS UNRELATED TO THE ABUSE SCANDAL--THEY ARE IDEOLOGICAL, MANIPULATIVE AND HERETICAL. POPE FRANCIS IS NO ONE'S FOOL AND THEY ARE STARTING TO REALIZE IT!

Pope Francis has astounded, thrilled, encouraged — and disappointed people from the moment he walked out onto the balcony of St. Peter’s attired in a white cassock and not in the layers of pontifical finery as has been customary for newly elected popes.

(Get this snarky statement, so typical of a manipulation:)He has said and done much in his first year that has given encouragement to those hoping the institutional church will finally start to look and act like the Body of Christ. But everything he has done is muted by the reality that as far as the church’s most profound problem and greatest challenge is concerned, he has done almost nothing.

His comments about clerical sex abuse reported March 5 in the Italian daily Corriere della Sera make it clear that he is using the same tired and irrelevant playbook the bishops have worn out over the past few years.

The worldwide scourge of sexual violation and abuse by clergy of all ranks, publicly revealed since the mid-1980s, is a blight on the face of the church that makes the other problems pale by comparison. Money laundering and the related financial scandals are certainly sensational and scandalous but they are nothing compared to the lying, manipulation and harsh response to victims that have marked the sexual abuse issue since it first became public knowledge.

A year has passed and Pope Francis’ moves have been minimal. He made sex abuse a crime in the Vatican City State, a move so meaningless it is almost comical. He has not made a major or even a minor pronouncement about the problem and he has done little about bishops who have enabled perpetrators. In July of last year a bishop accused of violating minors was quickly laicized (Auxiliary Bishop Gabino Miranda of Ayacucho, Peru), a sound move for sure, but what of the bishops who have continued to harbor criminal abusers and punish innocent victims by encouraging brutal tactics in the civil courts?

Three months ago the Vatican announced it would establish a commission of experts to study the problem, yet to date nothing has been done. The pope doesn’t need another commission and more experts to create more reports with more public expressions of concern. Without doubt any such commission would approach clergy sex abuse from the perspective of the needs of the institutional church with the primary goal the restoration of its credibility. That’s the way it has worked with every church appointed commission on any level. Doing it that way is doing it backwards.

The first order of business should be the pastoral care and spiritual welfare of the countless men and women whose lives have been shattered and whose souls have been deeply wounded by the sexual abuse itself and by the subsequent spiritual abuse inflicted by the church’s leaders. The victims and people in general don’t need any more proclamations telling them what they already know.

There is only one category of response that is acceptable and that is decisive action. No more secrecy. No more denials. No more self-praise and above all, no more tolerance of bishops who have spent millions of donated dollars and Euros trying to preserve themselves at the expense of their victims.

In his interview with Corriere della Sera Wednesday, Francis sounds like he is reading from a script that should have been abandoned years ago: "The Catholic church is maybe the only public institution to have moved with transparency and responsibility … No one else has done more. Yet the church is the only one to be attacked." Unfortunately Holy Father, the Catholic church has not moved with transparency and responsibility. It has done just the opposite. Whoever prepared the pope’s briefing papers on the sex abuse issue ought to be fired.

Pope Benedict may have, as the pope said, been “courageous” in confronting the scandals but what he did should not have been an act of courage but a normal, expected response to a nightmare that has been sinking the church’s credibility and effectiveness and ruining innocent members. Pope Benedict did more than any other recent pope and certainly far more than John Paul II, whose inaction amounted to further enabling of the bishops. Yet his words were followed by some bureaucratic steps but no decisive action that gave hope to victims and survivors.

When the U.N. released its blistering critic of the Holy See’s culpability in the sex abuse crisis, the Vatican reacted with its customary narrow-minded arrogance, accusing the U.N. panel of not understanding how the church works and of interfering with sacred doctrinal issues. Part of the sting in the report was precisely that the committee did understand how the Vatican system works and didn’t fall for the smokescreen that it is only responsible for the territory of Vatican City. As far as the doctrinal issues are concerned, those brought up in the report all have direct bearing on the plague of sexual abuse perpetrated by clerics and covered by the leadership. The pope probably saw the report or at least parts of it. That report and the victims who testified before the U.N. commission in Geneva should constitute the mandate and membership of the promised commission, not bishops and cardinals who have been part of the problem and can hardly be part of the solution.

The survivors of abuse and countless others from the church and from society in general have been waiting for three decades for evidence that the institutional church “gets it.” There not only is no real evidence that it has, but from all appearances the hierarchy will remain on the defensive, hoping the problem will go away. There will continue to be change and progress in the world-wide efforts to bring healing and justice to victims and to force the church to be accountable but the agents of this will continue to be the same ones who have been forging the way since the beginning: the survivors and their supporters.

At this stage the best thing the institutional leadership could do is follow a bit of solid military tactical advice: “Either lead, follow or get out of the way.”

[Tom Doyle is a priest, canon lawyer, addictions therapist and longtime supporter of justice and compassion for clergy sex abuse victims. He is a co-author of the first report ever issued to the U.S. bishops on clergy sex abuse, in 1986.]

It seems to me that one writer criticized the Pope on one issue... I am not sure how that qualifies as the entire National Catholic Reporter turning on the Pope.

It is only a matter of time before the rest of the NCR people join this priest as they are all lemmings now that their one good reporter left.

Father, I remember as a kid when the neighborhood boys would get together to play ball and one would start to whine about something. One of us would punch him and he would either conform or go home. Isn't there something like that you faithful priests could do to these whiners like Doyle? That would not only accomplish getting rid of loud mouth heterodox priests like this, but it would also send a message to those passive-aggresive liberal priests who harm the Church in more quiet and sneaky ways.
Vianney1100

It is extremely impolitic to label Fr. Doyle a whiner, IMO. And, FRAJM, it strains credulity to say that Doyle's indictment represents a whole cloth association with NCR.
I don't think the timing of this essay's publication coming on the heels of NCR's secular counterpart, Public Television's "Frontline" miserably researched "expose" of how Benedict's tenure was flawed and failed due to his pastoral inability to deal with the curial handling of the scandals of pedophilia and active homosexuality in the Roman clerical scene, as well as the banking and other residual issues.
The honeymoon of NCR with HHF amounts to nothing. HHFrancis' cup runneth over, and he's (mixed metaphor alert) sipping/swimming as fast as he can, IMO.

The NCR is culpable for publishing such an invective, but the focus should be Fr. Doyle. To be fair, the sex abuse crisis is HIS issue. He warned the US Bishop years ago about what was going to happen and they ignored him. Unfortunately, while he is right on the money about the problem and its gravity, he is terribly wrong about the solution.

Thanks for posting this, Father McDonald.

Bishops have certainly done much to improve the ways in which they respond to these evil acts. What I wish they would do now is explain to us why their predecessors in the Seventies and Eighties assigned known predators to positions of authority over minors. I think we can understand that bishops were embarrassed to admit the crimes, and why they sent abusers to treatment centers. But, after the perpetrators were released, what possessed the bishops to reassign these men to positions of authority over children? Perhaps if Pope Francis would just honestly explain what they were thinking, we could understand, forgive and move on.

Likely, Pope Francis doesn't understand what they were thinking either. In one of his books (I forget which one), then-Cardinal Bergoglio called reassigning those questionable priests to different parishes stupid or absurd or something like that, and that he didn't understand such policy.

Oh no! He wore a house cassock onto the balcony - from thence comes the downfall of the papacy...

Actually the downfall began with Pope Benedict when he first came out on the balcony after being elected. He did not have on a long sleeve white shirt with cuff links under is cassock, but rather a black sweater that stood out like a sore black thumb! Oh, the humanity!