THE ON GOING RECOVERY OF POPULAR DEVOTIONS 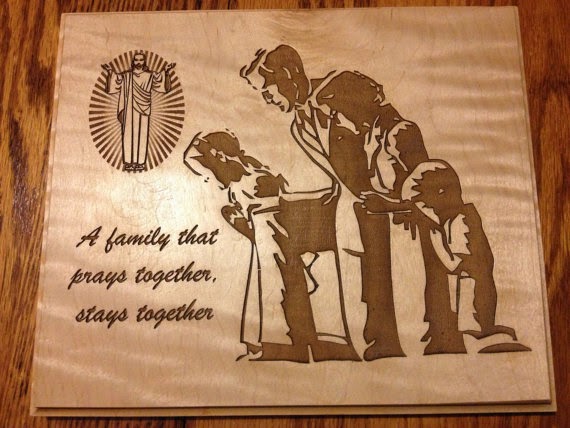 The three most popular devotions were:

1. The Holy Rosary (which can be prayed alone or with others)

2. Novenas (which can be prayed alone or with others)

3. Exposition and Benediction of the Most Blessed Sacrament (usually communal)

Marian devotion was at an all time high in the 1950's and early 1960's. Everyone knew how to pray and did pray the Holy Rosary. Families prayed it together, a partial Rosary if not the entire thing. Fr. Patrick Peyton, the famous radio priest promoted the Holy Rosary in a variety of ways and is the one who said "the family that prays together stays together."

Novenas which can be privately prayed or prayed at home or at Church were quite popular as well. The communal expression Novenas would attract a large crowd to the Church. In fact on a Sunday afternoon or during the middle of the week the Church would be fill with people. Often Novenas were prayed in the context of Exposition and Benediction of the Most Blessed Sacrament.

The Forty Hours Devotion is a special 40-hour period of continuous prayer before the Blessed Sacrament in solemn exposition. As Catholics, the words of our Lord burn in our hearts: "I myself am the living bread come down from Heaven. If anyone eats this bread, He shall live forever; the bread I will give is my flesh for the life of the world" (John 6:51).

Affirming our belief in the real presence of our Lord in the Blessed Sacrament, the Vatican Council II taught that the Holy Eucharist is "the source and summit of the Christian life" (Lumen Gentium, #11). The number forty has always signified a sacred period of time: the rains during the time of Noah lasted 40 days and nights; the Jews wandered through the desert for 40 years, our Lord fasted and prayed for 40 days before beginning His public ministry. The 40 Hours Devotion remembers that traditional "forty-hour period" from our Lord's burial until the resurrection.

Catholics Churches were known also for always being opened, at least during the day, but many places never locked the Church. Of course this was in a time that many people didn't have to lock their homes or cars or worry about their children going anywhere.

The reason the church was left open was for popular devotion, preiminant amongst these, prayer before our Eucharistic Lord in the tabernacle, that was front and center. Everyone knew that the church was meant for Mass, but Mass only occupied about 20 to 30 minutes a day (except for Sunday) and so for the rest of the day, the tabernacle was located in the center as the king of all devotions.

But other prayers, such as the Stations of the Cross, the Rosary and other devotions could be prayed as well. The church would be open for added confessions.

But after Vatican II, private devotions and even the powerful devotions of our Lady were denigrated and ridiculed.  Silly, iconoclastic priests and nuns taught that these distracted from Christ and the Mass, which should be the primary prayer of the Church.

Catholics were ridiculed for bringing a rosary to Mass, the tabernacle was removed from the main body of the Church as sidelined in a small chapel that no one would visit except for a hearty few and soon no one knew what the tabernacle was for and the proper reverence in front of it.

40 Hours Devotions all but disappeared and novenas were taught to be silly superstitions and manipulations of God.

Churches were locked to prevent vandalism and no one wanted to pray in them anyway since these had become so protestant and banal looking and devotional icons and images removed and even the tabernacle hidden.

But with Popes John Paul II (especially his powerful Marian devotions) Pope Benedict and now Pope Francis, popular devotions are on the comeback. In fact Pope Francis has brought them back on steroids and has added these to the Mass itself.

The recovery of popular devotions will enhance family life and make Catholic families more Catholic. What Fr. Peyton taught the last century is as true today as it was then: "The family that prays together stays together!" May it always be so!
Posted by Fr. Allan J. McDonald at Saturday, March 15, 2014

Couldn't agree more and I have been delighted to hear the Litany of Our Lady, Litany of the Saints, Litany of the Sacred Heart and the Angelus becoming more frequent - so those are the positive things we need in the Church today.

Father, I couldn't agree more and I have been delighted to hear the Litany of Our Lady, Litany of the Saints, Litany of the Sacred Heart and the Angelus becoming more frequent in some parishes - so those are the positive things we need in the Church today, along with the restoration of the altar rails, Deo gratias!

When the Mass was universally in Latin people had a deeper understanding of it than they do now, and popular as these devotions were (in most parishes they substituted for Vespers) the Mass was regarded as more important and drew much larger congregations. If your argument were correct, then people would have attended devotions rather than Mass, whereas those who did turn up for these extra-liturgical services had already attended Mass (and you don't need to have been taught Latin to follow a Latin Mass - a child could do it, and indeed children did).

If popularity is measured by attendance, then the vernacular Mass which had emerged by 1970, despite its pandering to what was perceived as demotic taste and popular culture, was arguably a good deal less popular in English-speaking countries. Despite the assumptions of the liturgists, most of whom (as Cardinal Heenan shrewdly observed in 1967) had no parish experience, the vernacularization of the Mass and the other changes which accompanied it were accepted dutifully but with no great enthusiasm.

Although I have been Catholic all of my life I still feel new to the faith. Growing up in the 70's and 80's I never heard anything of Novenas, rosaries were pretty to look at, Scapulars? never heard of that either. Zero Latin. Heck Holy Spirit didn't have one statue. When genuflected I thought it was to the crucifix or altar. I didn't know about the tabernacle. Was this my fault, my parents, or the Church's? I don't know.
Nowadays there is a real renaissance in Catholicism. The internet and EWTN has helped. But most importantly having a great Pastor such as Father McDonald.
Pater Ignotus needs to move the Tabernacle behind the altar. Put six candles on the altar. Add some Latin. Get rid of the band and fix the Gloria, it's terrible. And get some statues in the church.