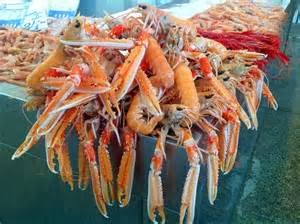 My comments first: But before we return to the 1950's type of fast, it is worth noting the article I post below shows the Vatican's legitimate concern that our abstinence from meat should be a real sacrifice. Is eating lobster and other shell fish that can be very enjoyable a sacrifice? No, not really.

I know for most poorer people in the south and some distance from the ocean, that we had fish sticks (don't know what part of the fish that comes from) or we had grill cheese sandwiches. Not too many people back then ate elaborately on Fridays even if shell fish was chosen. And kids seem to hate fish!

So I might suggest that if the Vatican wants to get scrupulous about abstinence that they say it can only be fish sticks or vegetarian. The point, apart from the sacrifice, is that we are doing a common observance so that horizontally we offer a spiritual sacrifice that is vertical collectively.

Perhaps only ugly fish with its head on should be served during lent! 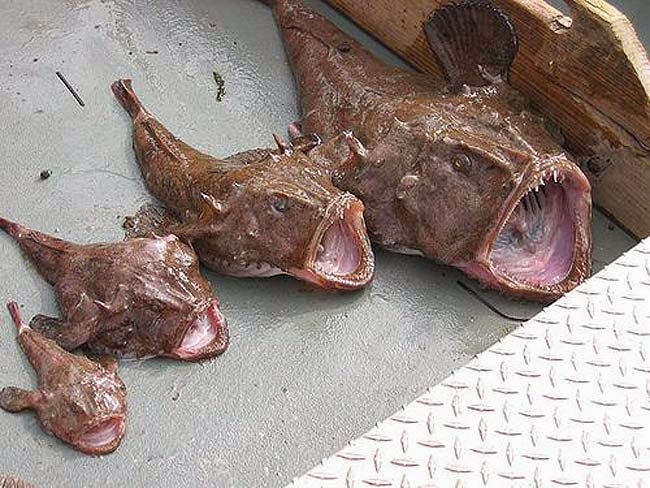 At any rate, here's the article:

During this period, Catholics are encouraged to practice abstinence and penance for their sins. Fasting is also typically observed.

"The fasting norm is that we have to eat one full meal and two 1/2 or 1/4 meals a day and avoid pork and eat fish," Cruz explained.

"But it has come to the attention of the Vatican that during Fridays of Lent, a good number of people are very happy and rejoicing."

The church leader said that in lieu of eating meat, Filipinos would usually feast on expensive seafood like crabs, prawns and lobsters. This, he said, is not consistent with the idea of abstinence.

"The essence of abstinence is sacrifice: you experience some kind of discomfort for eating something that you don’t want or eating less than what you want."

The Catholic Bishops’ Conference of the Philippines (CBCP) is set to come up with some suggestions and provisional practices on abstinence and fasting that will be preached during the upcoming masses.
The CBCP advised the laity to ask forgiveness not only for the sins committed but also for the good that they have failed to do.

Tomorrow, ash will be placed on the foreheads of Catholics as a sign of penance from sin. This is part of the observation of Ash Wednesday.

Cruz said the ash reminds Christians of their mortality.

"The sign of the ash is a reminder that from dust you came and from dust you shall return. It is also a reminder that man should not forget that even life has an ending, and so he better live his life well especially in loving God and his neighbors," Cruz said.
Posted by Fr. Allan J. McDonald at Tuesday, March 04, 2014

Oh, those were fish. I thought they were Trads lined up for communion.

I make vegetable pasta soup every Friday during Lent.

One should not discount or diminish the significance and effect that fasting, especially as in the Church, when it is accompanied by fervent prayer, can have to the Mystical Body both internally and externally. Whereas partaking of and consuming food nourishes our physical bodies, abstaining and fasting nourishes our spiritual body, our soul. While internally (joined with prayer), it nourishes and our relationship to God,
externally it nourishes our relation to our neighbor in that it helps us to be more solicitous to those who are poor and who are suffering or oppressed.