SISTER JANE PERSECUTED BY WITNESSING TO THE FAITH BY HER FELLOW CATHOLICS! 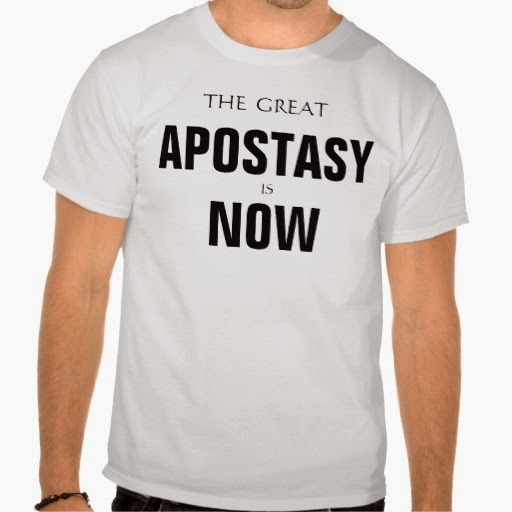 Substitute Sister Jane for Saul and the Charlotte Catholic High School students and their supporters as the persecuting mob in this image: 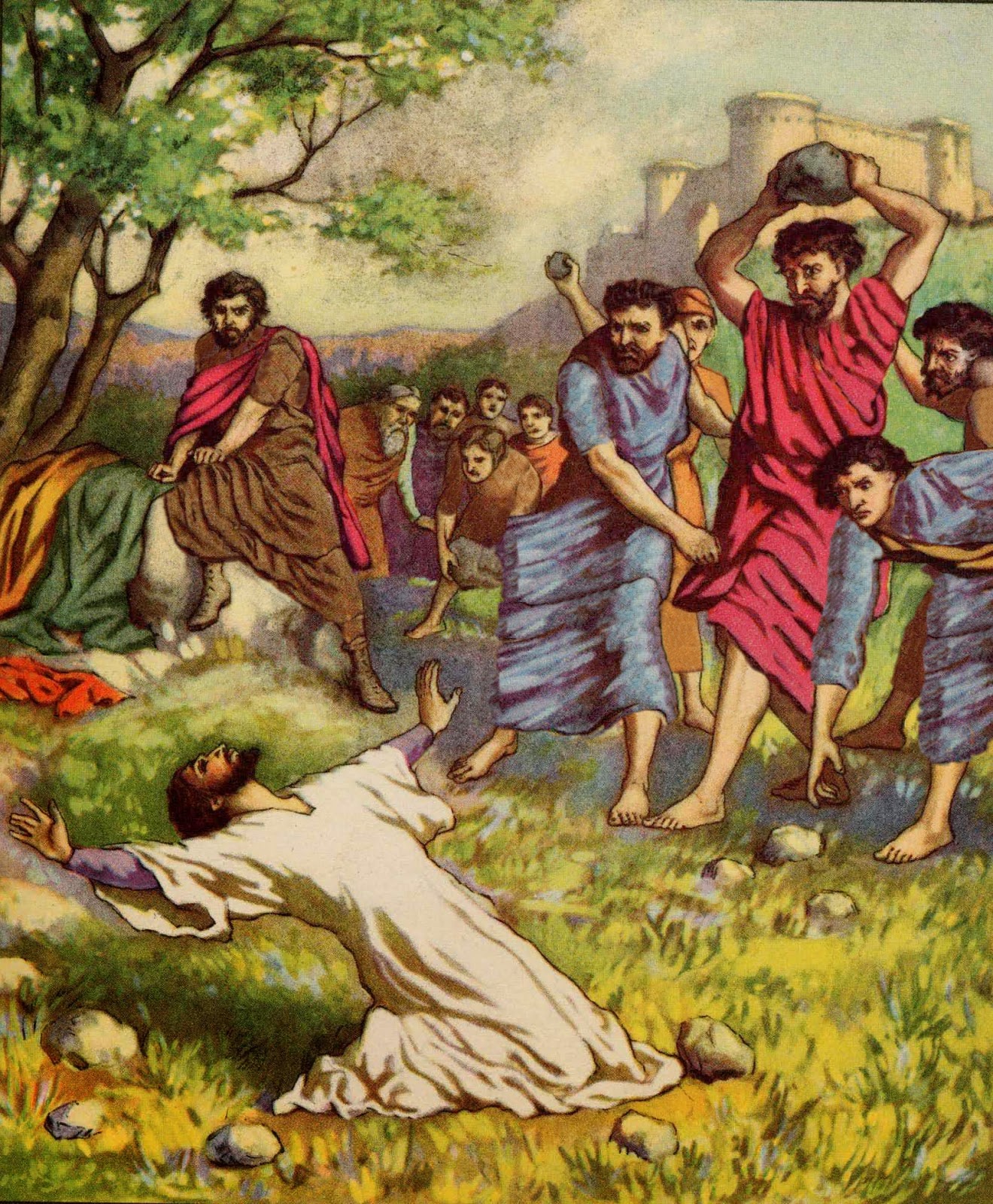 Has virtual apostasy occurred in the Church and what are the bishops going to do about it?

A comment on my previous post on Sister Jane and a Charlotte Catholic High School said the following:

Anonymous said...
PI – Seems you’ve skipped a step in your rush to offer absolution. The penitent needs to ask for forgiveness first. The group attacking the nun has no interest in their own forgiveness rather they are the accusers eager to destroy someone for speaking the truth. That sounds more like Pharisees to me. The victim in this case is the nun, not the lynch mob. You’ve got the roles reversed.

The corrupt Catholics (faith without substance and Pope Francis judges it) and perhaps other persons at this Catholic school, meaning faculty, students, parents and their supporters are persecuting a Catholic nun who at a Catholic school taught what the Catholic Church teaches about sexual morality. This is the bottom line in this controversy--the corruption of some Catholics at this school and their supporters who are persecuting a Catholic sister for teaching the truth. She is the Christ-figure in this version of the passion during this 2014 Lenten season.

The other thing that is made obvious by the news report of this scandal of persecution of a Catholic sister at at Catholic High School being persecuted by Catholics for teaching Catholic truth is that some of these Catholics at this Catholic High School are separating Christ from His Church as though one could follow Christ without following His Church! Pope Francis roundly rejects this common heresy amongst way too many Catholics who live as apostates in the Church today by making their relativism equal to God's truths.

This is what Pope Francis said about a year ago on this topic:

Vatican City, Apr 23, 2013 / 07:39 am (CNA/EWTN News).- Pope Francis said that people cannot be fully united to Jesus outside of the Church during a Mass to commemorate Saint George, the saint he is named after.

“You cannot find Jesus outside the Church,” he said April 23 in the Apostolic Palace’s Pauline Chapel.

“It is the Mother Church who gives us Jesus, who gives us the identity that is not only a seal, it is a belonging,” he declared in his homily.

The pontiff spoke about Christian identity as well as persecution, making it the sixth time in two weeks he has mentioned those who suffer for the faith.

Speaking about the Gospel reading for today from Saint John, Pope Francis underscored that “the missionary expansion of the Church began precisely at a time of persecution.”

“They had this apostolic fervor within them, and that is how the faith spread!” he exclaimed.

It was through the Holy Spirit’s initiative that the Gospel was proclaimed to the Gentiles, the Pope noted, and the Spirit “pushes more and more in this direction of opening the proclamation of the Gospel to all.”

The pontiff also repeated a line from his April 17 homily in St. Martha’s residence, when he emphasized that being a Christian is not like having “an identity card.”

Pope Francis said that “if we are not sheep of Jesus, faith does not come” and that it is “a rosewater faith and a faith without substance.”

The Pope also commented on Barnabas, who was sent to Antioch and was glad to see that the grace of God had encouraged people there to remain true disciples.

“Let us think of the consolations that Barnabas had, which is the sweet and comforting joy of evangelizing,” he preached.

“Let us ask the Lord for this frankness, this apostolic fervor that impels us to move forward, as brothers, all of us forward,” he remarked.

MY FINAL COMMENTS: The most controversial thing I wrote yesterday that one or two comments took exception was the following: " If Catholics don't like what the Catholic Church teaches, they should either shut-up, pull their children out of all Catholic religious education programs and schools or leave the Church altogether"

Of those Catholics at this Catholic School, I wonder how many of these kids and their parents actually go to Mass each Sunday, confession regularly and witness to their Catholic faith at home and elsewhere? Have they become pagans and now trying to paganize a Catholic school by separating Christ from His Church?

Shouldn't the new evangelization entail true disciples of the Lord, like Sister Jane, in the image and likeness of Saint Baranabas, to be frank in moving forward and to encourage people there at that school to become and remain true disciples?

We also know from the Gospel of John that when Jesus' preached the truth, many found him altogether to much and left Him--Jesus did not prevent them from doing so and neither should we in the current context!

Thank you, Fr. McDonald, for standing up for the truth against the hysterical supporters of Modernism, that hostile effort on the part of secular philosophies and secular fads to corrupt the true teaching and discipline of the Church of Christ.

Or....substitute either of the two local, evil, liberal, modernists for Saul and the majority of the loving, Christian activists on this loving, Christian site for the persecuting mob, and we're on our way to the smaller, purer Church that Pope Francis and Jesus both want.

In addition to being absolutely faithful and a "fantastic speaker", Sister Jane Dominic is described by Fr. Z's commenters who've heard her speak as "incredibly gracious and brilliant ", "wonderful, brilliant, funny, warm, kind". So what's the problem? To find out, read the blockbuster comment

for The Rest of the Story (a la Paul Harvey). It features two protagonists:

(1) One is a priest, the high school's principal who invited her. He celebrates "Mass in the Ordinary and Extraordinary Form, and is an excellent teacher of the entire Deposit of Faith. . . . Father is an associate Pastor at St. Thomas Aquinas. The church has OF Masses that are reverent, properly done, and include all the smells n’bells."

(2) The other is the primary author, whose home parish "just happens to be known as one of the most liberal in the Charlotte Diocese. The RCIA program there is run by a Nun of the “Nuns on the Bus” LCWR crowd. It is your typical felt banners, rock band, Protestant Choirmaster, milquetoast liturgy as you can imagine. That Priests that have served it have a history of giving communion to whoever comes up for it, no matter if they are known to be divorced, homosexual, or Protestant."

My goodness, is this about little ole Macon, but on a bigger stage?


Is it really necessary to tell the indignant parents in this school to leave the Church? Haven't they de facto left her?
It is not he Church that removes the sinner from within her ranks, for if she were to do so, who would remain?
Rather, it is the sinner who removes him or herself from the Church-and I say this also about some of those who still attend her services
These are those who have lost the faith, the sense of sin, and the need to repent for their trangressions.
The Church can offer absolution but not approbation. Too many parents today have come under the spell of self-deception and are leading their children and others into error.

Sitting in a pew on Sunday, in and of itself, does not make one a Catholic anymore than standing in a hanger makes one a plane.

If Catholics don't like what the Catholic Church teaches...

Those Catholics have yet to tell the rest of us why anyone at all should care that they "don't like" what the Catholic Church teaches.

I wonder how many of these kids and their parents actually go to Mass each Sunday, confession regularly and witness to their Catholic faith at home and elsewhere?

Fr. Bevil Bramwell once wrote that far more of an indicator of one's Catholicism is not just regular Sunday Mass attendance, but also one's attitude toward Confession: why does anyone expect the Eucharist to be effective without Confession?

Have they become pagans and now trying to paganize a Catholic school by separating Christ from His Church?

No, they've just picked up the usual bog-standard, vaguely Protestant(ist) views that abound in the larger culture-- "forget the Church, follow Jesus" isn't new, certainly when "Jesus" shows up on the cover of Newsweek looking more like the Geico Neanderthal in a gingham shirt and a crown of thorns in the midst of an American commercial metropolis full of blinking lights.

Problem with that sort of thing is: what do you mean by "Jesus"? "Forget the Church, follow Jesus" follows pretty easily from having little to no sense of the Incarnation, little to no sense that man is matter and spirit and not either/or, and some vague sense that God is merely "spiritual," and doesn't act through matter.

In other words, the basics of Sacramental theology are simply absent, which is not surprising in a culture whose sense of "Christianity" in the singular or denominational plural, essentially jettisoned Sacramental theology for "getting in the way" of a relationship with Jesus. Except this sort of thinking forgets that God initiated that relationship, and it is He Who calls the shots: if He sees fit to act through matter to save us, who are we to object?