DON'T JUDGE AN ACTOR BY THE ROLES HE PLAYS 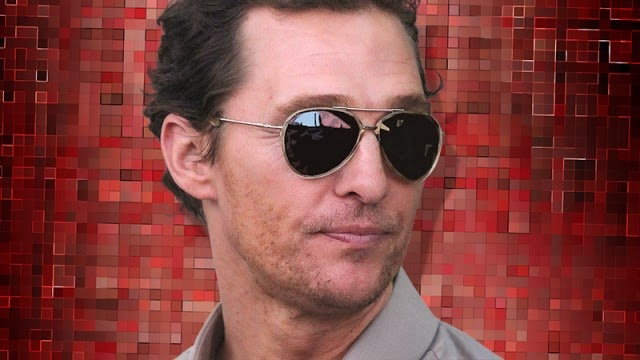 I always thought Matthew McConaughey was too full of himself and just a typical Hollywood narcissistic type and that the parts he played were what he is really like. But I just saw on Fox News his acceptance speach in winning the Best Actor award and that changed my mind. He thanked God first and in a very sincere and authentic way, a heartfelt way. He said it in such a way that made me wonder if he is a Catholic or not. So I googled his name to find out his religion and this is what I found:

McConaughey was raised Methodist. His parents took his name from the Bible and apparently were pretty serious about it. On why he never shortened his name to “Matt,” the actor said,[My mother] said: ‘Your name is Matthew, I named you after the Bible. It is not Matt, do not ever answer to Matt in your life.’ It was like ‘Yes mam’, so that’s one of the things when people go ‘Matt’, I say ‘Matthew, please’.

1But McConaughey was married in 2012 to a Brazilian woman in a Catholic ceremony,2 and it appears he and his family attend church.3 So chances are that he has a much stronger connection these days to the faith of his wife than to that of his childhood.

Who knew! God bless him and praise God!

I was impressed by the kindness Matthew McConaughey showed towards Kim Novak when they came out to present an award. Miss Novak was a little unsteady and you could tell that Matthew realized it. I noticed how he held her arm and gave it a reassuring little pat and spoke softly to her. At first I was a little put off by the hostess' introduction of Kim Novak which seemed not as respectful as it should be for a film legend. But when I saw McConaughey's obvious respect I was a little touched. He seemed a nice guy and very respectful. No cursing, no vulgarity and what seemed a genuine Faith was unexpected but really nice to see.

I'm surprised. I thought he some kind of "spiritual" guy. I've seen him on surfboards and doing yoga in the lotus position. Maybe his wife brought him back around.

Didn't he just star in a movie that praises and glorifies homosexuality?