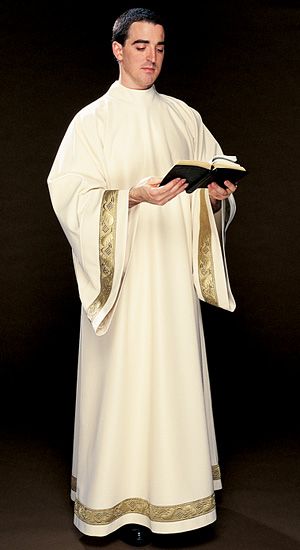 On December 21st as I was celebrating Mass on my 65th birthday, and after a week of hurting my knee, pulling a muscle in my back, and my 2012 Nissan Murano breaking down in my rectory garage on a Sunday as I was going to drive 8 miles to Mass, which meant the car had to be towed to a mechanic and be fixed for over $1,100, something wierd happened to me at my birthday Mass!

What is that, you ask?

Well, after I offered the bread and wine during the OF's Preparation "offertory" prayers and had bowed down for the prayer after that, but prior to the Lavabo, I noticed that there was no bread on the paten!

So I had to tell my adult server to go and get a large host for me. So he left the altar and there was this awkward OF silence with nothing happening and after a little while of waiting, I felt I had to tell the congregation why nothing was happening. There was no host which was needed for a valid Mass.

And I kept thinking to myself how in the name of hell and all that is unholy did I not notice that there wasn't a host on the paten while I was holding the paten for the prayer over the bread?

So the host arrived, I reoffered the paten prayer with the host on it and has we were singing the Sanctus, and yes in Latin, I noticed the other adult acolyte walking in front of the altar and bending down to pick up a large but uncosecrated but previously offered host.

What had happened is that I had unknowingly knocked the large host off the paten with the sleeve of my alb or the chasable itself when I was placing the chalice back on the corporal.

My modern albs aren't that poofy and voofy but the sleeves on them are not as disciplined as the traditional pre-Vatican II albs are. Thus the potential of knocking host off the altar or knocking over a full chalice looms possible.

Maybe this is the reason for Roman chasables and traditional Roman albs, to help prevent such mishaps?

I think the best way to prevent such mishaps is to ban clumsy priests . . .

FrAJM, I notice lots of priests with poofy vestments reach with one hand and manage the sleeve with the other. I bet that’s why.

I vote for banning priests who do not say the black or do the red!

Sorry to hear you have been having a rough time of it, Father. Keeping you in my prayers. Happy Birthday and Merry 2nd day of Christmas.

Fr. McD asked, "Maybe this is the reason for Roman chasables and traditional Roman albs, to help prevent such mishaps?"

Cover Photo - Given the red stripes on their collars, I would say the seminarians are from the Pontifical Urban College - "Urbaniana". This school traditionally trains seminarians for missionary work. It is located on the Janiculum Hill, just steps away from the North American College.

I had one of the big sleeved models. I no longer wear it for just that reason (but keep it in the back of the vestment closet in case the one I wear regularly gets messed up).

Poofy, voofy albs are good for non Mass liturgies if the priest chooses not to use the cassock, surplice and stole or a cope. It would be good for a Nuptial liturgy outside of Mass, formal or liturgical celebrations of the Liturgy of the Hours. It might be good for baptisms but the problem is the poofy, voofy sleeves get wet in the baptismal water as one tries to baptize. So I would nix it for Baptisms and recommend the more disciplined traditional alb or simply cassock, surplice and stole.

These might be good too for Penance Services or simply hearing confessions.

But if you use the poofy, voofy alb for Confessions, and you don't wear a long sleeve shirt, when you raise your arm to offer the absolution, the poofy, voofy sleeve falls back off your forearm exposing naked flesh and thus totally immodest! The same is true at Mass, especially for the Rite of Sprinkling and the orans and elevations. Some priests who simply wear a t shirt under their poofy, voofy alb with really wide poofy voofy sleeves, when he extends his arms you can see is hairy armpits unless he shaves.

Your "naked flesh" is exposed when you walk into the confessional or onto the altar. If naked flesh is "totally immodest," you'll need to start wearing a veil.

Are we to understand by the adjective 'poofy' (from 'poof' or 'poofter') that wearing a wide-sleeved alb marks a priest out as being a homosexual?

Also, the alb should be worn over the cassock. And even with a 'Roman' chasuble (note the spelling) care must be taken with the maniple when celebrating the traditional Mass.