IN ACTS OF DESPERATION TO BE IN FRONT OF CIVIL INVESTIGATION AND CRIMINAL PROSECUTION OF ATTORNEY GENERALS IN VARIOUS STATES AND ON THE FEDERAL LEVEL,, ARE BISHOPS OVER-CORRECTING ON REPORTING DEAD PRIESTS ACCUSED OF ABUSE AFTER THEY HAVE DIED AND THEN NOT SAYING WHAT THE ABUSE WAS AND HOW MANY TIMES AND AGAINST WHAT GENDER AND WHAT AGE? 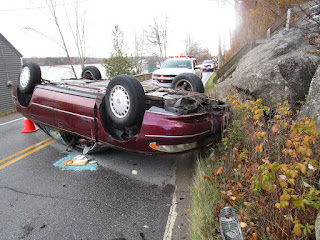 Below is a letter to the editor of the Baltimore Sun Newspaper. I personally think that bishops and superiors of religious orders are guilty of breaking the 8th Commandment. Bearing false witness be it detraction, presuming guilt instead of innocence prior to a canonical or civil trial and calumny against one who can no longer defend himself or seek a canonical or civil trial, to admit guilt or innocence. I am speaking here of those accused of abuse, after death, but with no history of it being reported prior to the priest's death, such as being removed from a parish, sent to therapy and then being placed back in ministry as was common before 2002. Those situations are different.

I am writing to defend the reputation of the late Jesuit priest, Robert B. Cullen. According to a story in The Sun, Father Cullen is alleged to have abused a child during his tenure at Loyola Blakefield from 1952 to 2002 (“Maryland Jesuits release list of about 30 men 'credibly accused' of sexual abuse of children,” Dec. 17).

I have no knowledge of the alleged offense or offenses in this situation. No details were included in the story. But I am dismayed to see Father Cullen placed in the disgraceful category of child abuser because Jesuit officials have concluded there was a “reasonable possibility" that he committed the alleged offense.

This strikes me as an absurdly flimsy basis for such a terribly damaging blow to the reputation of a man whom my classmates and I respect for his integrity and dedication to his responsibilities as our guidance counselor.

Whenever any of us needed help through the tumult and confusion of adolescence, or through the stresses of a competitive academic environment, Father Cullen was there. He prodded us, encouraged us, challenged us to persevere, to have faith in ourselves and in each other, to honor the Jesuit motto: "Men for Others." We will never forget him. That is why it is so painful to see his memory tarnished because of what appears to be a reckless, ill-advised effort to show a commitment to accountability.

The American people have become familiar with the seemingly endless reports of cover-ups by arrogant, insulated church leaders who failed either to protect the victims of predatory priests or to punish the predators. The seeming indifference of Jesuit leaders to the damage inflicted by this reckless new standard adds another layer of frustration. I expect more from the Jesuits, in part because I learned so much from Father Cullen.

Just as a business would note publicly that an employee had been dismissed or penalized for some breach of conduct without releasing to the public all the details of what happened, the Church does the same. "Fr. Z was, in 2003, credibly accused of some immoral/illegal behavior" is what we know and, I would suggest, all that we need to know. Beyond that, the specifics of what happened are none of our business. It is the business of the review boards and the bishop and those with whom he chooses to share the information.

The level of evidence for releasing the names of those "credibly accused" is not the same as that required for conviction in a trial. Like you, I am uncomfortable with not knowing that constitutes a credible accusation. Like the letter writer, I find the words "reasonable possibility" to be murky at best. However, guilt need not be established at a trial, canonical or civil.

I don't think that releasing such information is a violation of the 8th Commandment. We rely on the judgment of Review Boards and Bishops to make these conclusions. It leaves us all with more questions, assuredly.

Well when you have a Marxist approach to religion, this is what you get, show trials or accusations based on flimsy, if no, evidence. You show me the man, I will show you the crime!!

"Judgment of Review Boards and Bishops?" ROTFLOL. I guess I should select a liberal priest I don't like and then make something up!!!

Certainly no one would expect details and names, but some kind of reference. The Diocese of Wheeling/Charleston WV hits the nail on the head and is a model of what should be consistently used across the country.

Here is the Wheeling/Charleston list and how it is listed--perfect:

Did the bishops believe that God would cure the perverted priests? Did they think it was not really that bad as the victim would out grow it? What thought did they give for the souls of the victims who turned away from the Church? What did they think would happen to the very organization they were in? How long would it last after the truth was out? Sexual perversions remind me very much of drug and alcohol addiction. The person dedicates all waking moments to finding the next encounter and are willing to give up everything for it. I also think the perverts went after the young men in lieu of the children, sort of like a diluted drug or drink. The young men homosexuals had a good life in seminary and could continue the charade as ordained priests since it was a pretty good gig and lots of other men around. The rest was an act and they were willing to do whatever it takes to find the next encounter.

So when it comes time to release information they donthave the mentality to tell what they are doing is wrong or misleading. It is just more information and they are still manipulating everyone around them and clouding the truth. This is the most sad part: even the good priests were allowed to stay because they could be manipulated or blackmailed.

I hate to say this, but I think the present mindset of too many of our bishops is to throw the priests to the wolves; hope that satiates them so they don't come after their excellencies.

The question no one higher up ever asks publicly is, how do we redesign our bishop-selection system so those with courage and backbone rise to the top, and people-pleasers, show-boats and glad-handers get shoved aside? I'm betting they almost never ask those questions behind closed doors, either. Jerome was never chosen a bishop, and it's not hard to see why (he was extremely prickly) and maybe that was right. But in politics, it's usually the aw-shucks Mr. or Ms. Charming who gets nominated and elected; the obnoxious, sharp-elbow people who get things done are in the background.

You just described McCarrick in your last sentence.