IS THERE TRUE USELESS REPITION IN THE RESPONSORIAL PSALM???????? 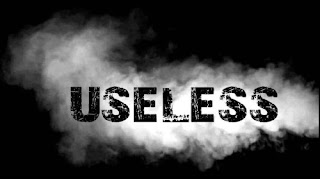 And it need not be that way according to the General Instruction of the Ordinary Form of the Roman Missal, as muddled as that instruction for the Responsorial Psalm is! But this is typical of Ordinary Form instructions, alas!

Here on some highlights from the GIOTRM, #61, from The Structure of the Mass, Its Elements and Parts:

It is preferable for the Responsorial Psalm to be sung, at least as far as the people's response is concerned....normally the congregation sits and listens...taking part y means of the response, except when the Psalm is sung straight through, without a response.  (My comment: Of course this is double talk which is typical of the Ordinary Form instructions, but happily it makes it clear that the Psalm can be sung straight through without the tedious refrain between verses! Why not simply sing the refrain at the beginning and the end and be done with it????)

So much for clarity, but who in the Most Blessed Name of God and all that is Holy even reads the GIOTRM? I don't know of many priests who have!)
Posted by Fr. Allan J. McDonald at Friday, December 14, 2018

The psalm should be sung straight through...

Would you mind sharing why you feel the psalm should be sung straight through? I might be missing something.

I much prefer the gradual or tract, I must say. The challenge is when a choir insists on singing what is clearly meant to be chanted. It can sound strained and dreadful.

I can see where youre coming from with the perspective of the prokimenon...

For me, the responsorial psalm due to the length, has more the function of like the antiphons with the full verses. With the refrain being sung at the beginning and end...(For example, Ps 102 first antiphon in the Russian tradition is done this way)

I find the gradual to be more equivalent to the prokimenon rather than the responsorial psalm...as its done in the exact same way as the prokimenon. Gradual...verse...gradual.

Those are just my thoughts on

I think the Anglicans had an English version of the Graduale, but making Gregorian chant fit what is in fact a new text is turning the principle of chant on its head. The melody corresponds to the text, not the other way round.

The 1974 Graduale redistributed the chants to conform to the new calendar, and changed (slightly) the way they were to be sung. However, unlike the RP and 'gospel acclamation' in the 1970 Lectionary the Gradual and Alleluia are not congregational pieces; they are essentially meditative and their relative complexity makes them the preserve of the schola.

There would be no gain, and considerable loss, in singing them in the vernacular. They would normally be heard at a Novus Ordo Mass sung mostly in Latin.

Attempts to produce more accessible Propers - Adam Bartlett's 'Simple English Propers' or the 'Graduale Parvum' (Latin and English) - rely on the responsorial style of Gelineau's Lectionary RP. This can easily become tedious over the course of a sung Mass.

Admittedly it is annoying when lay readers, having read the first lesson, announce (portentously and redundantly) 'The Responsorial Psalm. The response is ...' which is dutifully repeated by the congregation then and at intervals during the text. If it isn't sung, the response should be omitted; and since there is no prescription on how it is to be sung, there is no reason why the antiphon (response) should not be sung only before and after the psalm.

The IGMR (GIRM in English) is descriptive rather than prescriptive when it comes to rubrics, and veers off into subjective preference when discussing such things as church architecture and furnishings. Para. 79b seems to enjoin that the Sanctus be sung or said by all the people with the priest. This would appear to rule out a polyphonic setting. Yet decades ago the CDW made it clear that a polyphonic Sanctus was admissible.

That makes sense. Thanks for responding, Joe.

When I was a cantor, I always sang the responsorial with no chirping in from the congregation. No complaints, no one fainting or storming out of the Church.