This group of CSJ's are not the same province that taught me, which was St. Louis.  Oddly enough, this news story prompted me to  look at the St. Louis Province webpage and I discovered a nun who was very kind to the children and me at St. Anthony's School in the west end of Atlanta died this past June. She epitomized to us elementary school students in the late 1950's what  a Sister truly was. We had some mean sisters there too (to include my sickly first grade teacher). But Sr. Loretta was a real gem of a Sister!

STATEMENT REGARDING FINANCIAL MISCONDUCT BY SISTERS

updated December 10, 2018
The Sisters of St. Joseph of Carondelet confirm that we have been notified that the Archdiocese of Los Angeles has filed a criminal complaint with the Torrance, California Police Department against Sisters Mary Margaret Kreuper and Lana Chang for misappropriation of funds. As a religious community, we will not defend the actions of our Sisters. What happened is wrong. Our Sisters take full responsibility for the choices they made and are subject to the law.

The Sisters of St. Joseph are committed to work with the Archdiocese to discover the amount taken. We are unable to confirm any sum until the discovery phase is completed. We intend to make restitution to St. James School as soon as a total is known. Justice demands this of us.

Canonical Restrictions have been imposed. The two Sisters are removed from their residence and placed in a religious house under the supervision of community leadership. They are also removed from all public ministry.

The Sisters of St. Joseph of Carondelet are concerned and saddened by this situation and regret any pain this has caused many in our Church, especially the families connected to St. James School. We hold the sorrow of our Sisters’ actions deep in our community hearts. 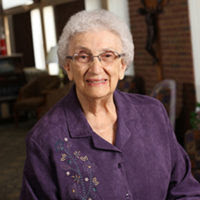 (Sister Loretta Joseph) September 28, 1923 - June 10, 2018
“Loving, thoughtful … a faithful friend” --Sister Rita Moriarty
“I have known Loretta since I was a child. She was the epitome of love. She always made me feel like I was perfect! Loretta was beautiful ... deep down to her soul.”
—Sister Anna Kerns

Lawrence and Loretta (Callahan) Costa of Athens, Georgia, welcomed their first child, Mary Elizabeth, on September 28, 1923. She remembers her time growing up with younger siblings, Theresa, Fran and Jerry as being happy. Her education began at a private school, but she was enrolled in public school for a year when her family lost their business. Seventh grade through her sophomore year of school, she attended a boarding school run by the Sisters of Mercy. Not quite 16, she entered the Sisters of St. Joseph on September 18, 1939, receiving the habit and the name Sister Loretta Joseph on March 19, 1940. She graduated from the College of St. Catherine in St. Paul, Minnesota (1961), with a bachelor’s degree in sociology. A master’s degree in sociology was earned at St. Louis University (1970.)


Sister Loretta served in leadership of the Sisters of St. Joseph as regional superior and provincial councilor (1977-1984). Following this, Sister Loretta returned to Georgia to be the purchasing agent/dietitian at the Village of St. Joseph in Atlanta. Sister Loretta spent sabbatical time at Mount St. Joseph College in St. Joseph, Ohio (1987). She was then a geriatric care administrator, first at St. Thomas Personal Care Home in East Point, Georgia (1988), followed by St. Teresa Manor in Riverdale (1989).

Sister Loretta was development coordinator for the Atlanta Archdiocesan School Office (1990), and afterward, regional development director for Southern Regional Development in Decatur (1993). In 1998, Sister Loretta volunteered as a reader for the blind at Georgia Radio Reading Service, Inc. in Atlanta until she retired in 2006. In 2013, she moved to St. Louis to carry out her ministry of prayer and witness, residing at Nazareth Living Center until she moved to Laclede Groves Senior Living (2017).

Flannery O’Connor, a great American storyteller, took piano lessons from Sister Loretta who, over the years of their friendship, also edited several of Flannery's books.

Associate Allen J. Grieve remembers Sister Loretta as “so loving, and so devoted to inspiring others, lifting their spirits, and strengthening their faith.” During his recovery from an accident, Sister Loretta sent him over 120 cards! “And she got her money's worth ... there was no blank space on any card ... but lots of encouragement, prayers, suggestions, and a tremendous amount of love ..."

When Sister Charleen Bloom arrived at the University of Illinois "knowing no one,” S. Loretta, superior/principal at Holy Cross, “reached out to the Albany CSJ on campus” changing her life as a “student, religious, and person ..." Sister Loretta’s “warmth, hospitality, thoughtfulness, generosity and humor enriched and enlivened” her study time—and the 51 years since.

The cruelist, most heinous punishment for the 2 sisters would be to mandate they wear the traditional habit, go to a daily EF Mass and say their office!!!!! Oh the humanity!

Father, so interesting that you posted about Sister Loretta. My mother was one of her closest friends. They met at Mt de Sales (Macon, of course) while in school there. They remained very close until my mother’s death in 1970. Sister Loretta was at our house so many times over the years, along with other sisters. They always had to be in pairs and they didn’t drive. My mother was one of their main “drivers”, and in those years they were in full habits. At that time they were a local Provence in Georgia. It was in the early to mid 60’s that they merged with the St. Louis Provence. After that, many of the local sisters were sent far away. The last time I saw Sr Loretta was at the Mass for the erection of Sacred Heart (Atlanta) to the status of minor Basilica in 2010.

Sr. Loretta made a tremendous impression on me when I was about 4 years old, prior to going to St. Anthony's. My Italian mother took me with her to visit the school as my older sister and brother were enrolled there. It had to be the first year we were in Atlanta and my mother's English was so bad that as a four year old I would have to help people understand her English! Or my mother would ask me in Italian how to say it in English. I still suffer anxiety about this even today!!!!

Sr. Loretta seem to love my mom when I went with her to visit St. Anthony's and Sr. Loretta invited me into her second grade class while my mom visited with my sibbling's teachers. That won me over for a lifetime. But when I was there in the First grade, I remember how kind she was especially as our first grade teacher who had health problems was so mean.

That is good you have such fond memories. I must admit to laughing out loud at the mental image of a four year old translating Italian into Southern.

Didn't Father come from Southern Italy? Might explain it

“Momma asks for y’all to talk lentamente. May I have a Yoo Hoo and a moon pie?