IS IT AN INFALLIBLE DOGMA OF SCRIPTURE OR TRADITION THAT GOD WOULD NEVER LEAD US INTO TEMPTATION TO AT LEAST TEST US? 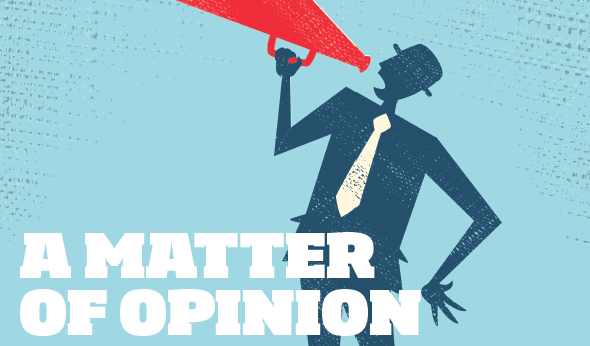 So, is the Pope's belief on all of this simply a matter of His Holiness own opinion which we can beg to differ? Isn't God, God, who can do whatever He wants and in fact cast us into hell if He wants to do so, where the devil can do to our souls and eventually our bodies whatever the devil wants to do?

I'm beginning to think that this opinion of the pope might be heretical. Am I wrong? Is changing the "Our Father" a step into dogmatizing a mere opinion that could be heretical?
Posted by Fr. Allan J. McDonald at Saturday, December 08, 2018

From Sandro Magister’s article it looks like the approved wording is do not abandon us to temptation. A subtle distinction.

I don't think God leads us into temptation, mainly because we don't need to be led there. We take that journey on our own without God's assistance.

As Gene notes, there is God's permissive will. He does not WILL us to sin, rather, He wills just the opposite and by offering His grace makes rejecting sin possible.

Because God never abandons anyone, and the new translation supposes He does, it might be heretical. We are tempted to sin at almost every moment of our lives, so we are always being tested. What we ask in the Lord's prayer is not not to have those temptations around us, but to not succumb to them through His grace, not to be lead INTO temptation, as opposed to not being lead TO temptation. This pope is offering only his mere opinion, or likely that of his politically correct modernist advisors, and demanding that people adhere to it, as if this were a magisterial statement.

Sorry to double post, but besides the examples already posted above, don’t we need to confess to our own nature? God has already cast us into temptation and we beg to be protected from it? This translation seems like an inversian of the Arian Heresy.

By the way, is Pope Francis a prominent theologian or is the Pope the chief theologian. A lot of the last few years seems sort of pop-theology and reminds me of the local Protestant preachers who read and interpreted scripture ad hoc.

While the Francis is at it, he might take a look at how patriarchal it is to speak of God as "Father." I guess he is saving that "improvement" for next year.

"By the way, is Pope Francis a prominent theologian or is the Pope the chief theologian."

Neither. No theologian at all.

See Augustine, Letter 189, where he writes:

Would that one faith existed in all, for then there would be less weary struggling, and the devil with his angels would be more easily conquered; but since it is necessary in this life that the citizens of the kingdom of heaven should be subjected to temptations among erring and impious men, that they may be exercised, and "tried as gold in the furnace," we ought not before the appointed time to desire to live with those alone who are holy and righteous, so that, by patience, we may deserve to receive this blessedness in its proper time.

Such humility from pope Francis to think he's smarter than the father's of he Church before him...;)

"Then Jesus was led by the Spirit into the desert to be tempted by the devil." Anyone who questions this is a heretic.

But Rood, but Rood, beware of a rood awakening. We can fix that! "Then Jesus was accompanied by the Spirit into the desert to be tempted by the devil."

Well, since we're to the point of changing even the Bible, then I'd like to reword "whoever does not take up his cross and follow after me is not worthy of me" to "whoever tries really hard to be nice is my kind of guy", and also change "whoever finds his life will lose it, and whoever loses his life for my sake will find it" to "you guys be careful and stay safe out there".

What is next for Pope Francis?

Will he believe that he's more intelligent than his predecessors by ordering that — to advance the Vatican II Era interfaith agenda — a new, watered-down prayer will be concocted to replace the (Latin) Church's ancient Good Friday prayer for Jews?

After that, will he insist that the Novus Ordo can "enrich" the TLM?

Finally, will he try to demonstrate that he's more intelligent than one Pope after another who offered the TLM by claiming that the Novus Ordo has delivered "authentic improvements and a real enrichment" to the Roman Liturgy?

I wouldn't place any, or all of the above, past Pope Francis.

"Lead us not into temptation"

This brings to mind something which I read that St Theresa of Avila said, which is that " there are more tears shed for answered prayers than unanswered prayers". And of course, by unanswered prayers, she means those where God did not grant us what was asked of Him. So sometimes God will "lead us into" acquiring or gaining something which then subjects us to a circumstance where we are tempted to pride or to some temptation to sin. We then find ourselves in a situation where we face a temptation which can be difficult to resist or overcome because we are not spiritually prepared to deal with it. God is not above teaching us a lesson for our own good. So we pray that He spare us from the consequences of those things we ask for by not granting us those things to us that we would be better off to do without.

There are of course times where God can subject us to temptation for our own spiritual benefit in advancing to holiness. It can be that in times where God has granted us much spiritual enlightenment or many sensible favors we can come to expect the continuation of these graces. But just like subsisting solely on cake and candy would adversely affect our physical health, it can be that many spiritual favors in the absence of discipline or adversity can prove unhealthy for our spiritual development and lead us to complacency in using God's grace to fight off temptation or in achieving greater holiness.
There are saints, such as the apostle Paul, St. Benedict, Francis of Assisi, and Catherine of Siena among others who were subject to temptations throughout their lives. No one in this life is dispensed from being exposed to temptations of one degree or another but God does make available to us the grace and assistance necessary to resist and overcome whatever can draw us into sin.

On the emotional surface of it, which is where PF seems to reside, and to the largely uninformed, low information Catholic, changing the wording of the Our Father would seem entirely appropriate. If we peel back the onion, as the trite expression goes, and explore this through a process of disputation, it would seem that this could be heretical. I think I'll stick with the current form and ask that God "lead us not into temptation..."

Does this confusion justify the exclusive use of Latin in liturgy and allow the pastor to lead discussion of the interpretation in the vernacular?

When the Council fathers agreed in principle to allow some parts of the Mass to be in the vernacular, most of them could not have foreseen a) the virtual elimination of Latin within a mere four years and b) the lengths to which 'translators' would go to impose their own ideas on the text.

After all, there was already a permissive use of the vernacular in the administration of the sacraments, and the English translation of the Roman Ritual was not problematic.