IT'S NOT RENEWAL STUPID! SO STOP CALLING WHAT HAS HAPPENED TO THE LITURGY AND ARCHITECTURE OF THE CATHOLIC CHURCH SINCE 1965 RENEWAL 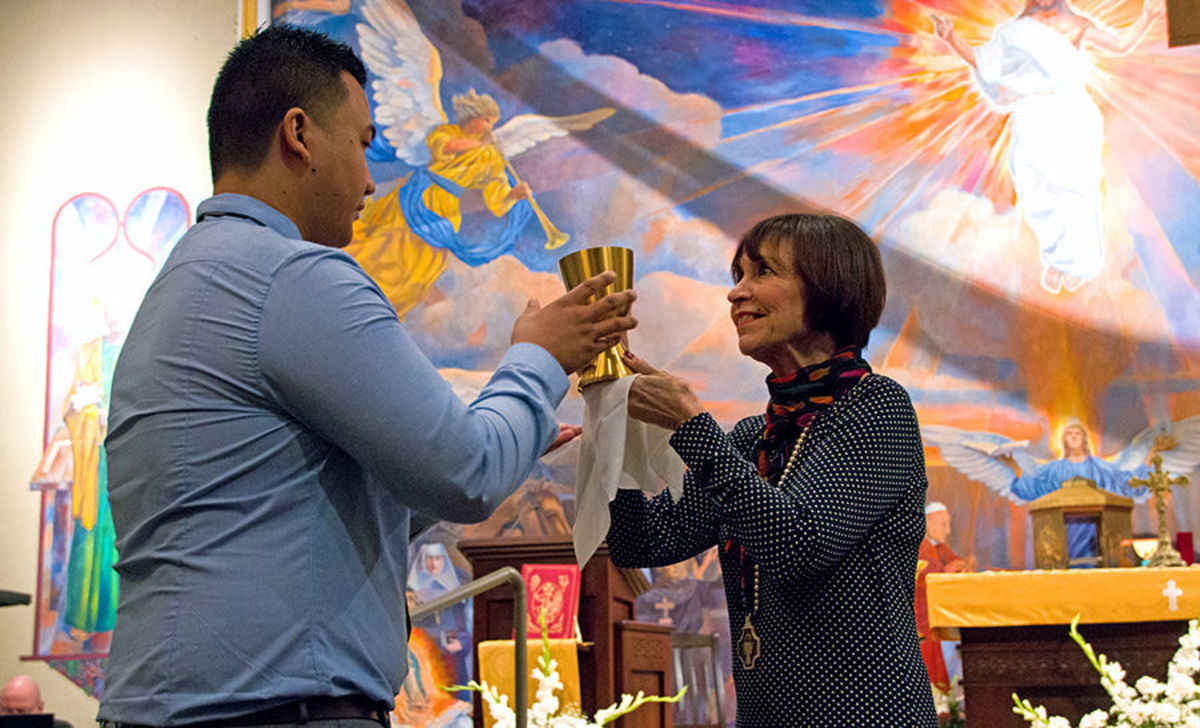 (photo/Kevin Theriault)
There is a "mixed bag" much too long article on so called "liturgical renewal (NOT)" at Praytell which you can read in its much too long fullness HERE.

This is an excerpt: What do you think?


This brought to mind an old article that Mark Searle wrote where he laments how slipshod the architectural renewal of many churches was back in 1982:

It is extraordinarily difficult to bring the tumultuous history of liturgical renewal in the American parish over the last twenty years into any kind of satisfactory focus.  Perhaps the best way of grasping what happened would be to go into almost any parish church in the land, built before the middle or late sixties, sit about halfway back and allow the environment to tell its own story.  Chances are that the structure itself remains essentially what it was.  The old altar against the back wall is probably still in place, but stripped of its mass cards, its candles, and maybe its tabernacle.  The sunlight continues to filter through the same stained glass windows upon the same worn pews.  The same plaster madonna continues her serene and steady gaze upon the passerby, though it may be that a portable font has edged out the old votive light stand in vying for her modest smile.  The altar rails may still be in place, but the gates have been removed and the starched linens which used to adorn them have long since been folded up and abandoned to some inaccessible sacristy cupboard.  The interior of a Catholic church was never very tidy, but the litter problem seems to have worsened over the years.  The sanctuary, in particular, has suffered.  The once intimidating sweep of steps up to the high altar is now broken with a second portable counterpart, invariably looking makeshift and out of place.  The pulpit, if it remains, goes largely unused: a spindly lectern, with a colored cloth and a microphone attached, has replaced it.  Chairs of undetermined vintage, rescued from the monsignor’s hallway, take up the remaining space.  One has the sense that in half an hour all that has come about in the space of twenty years could be cleared away and the old order restored.  It has not died, it has not even faded away.  It merely sleeps.
Mark Searle, “Reflections on Liturgical Reform,” in Worship, 56, 5 (1982), 411-412.

Unfortunately, today over fifty years after Vatican II, some churches are still using altars that while meeting the bare minimum requirements are still the result of woodworking project of the pastor and his brother-in-law from the early 1970’s.
Posted by Fr. Allan J. McDonald at Monday, December 17, 2018

"The old altar against the back wall is probably still in place, but stripped of its mass cards, its candles, and maybe its tabernacle. . . . The altar rails may still be in place, but the gates have been removed and the starched linens which used to adorn them have long since been folded up and abandoned to some inaccessible sacristy cupboard."

NONE of this survived the total wreckovation of my once beautiful Georgia parish church in the 1960's. Everything blasted out using actual jackhammers. Everything sufficiently beautiful was consigned to the dumpster out back--along with all the parish's fine old vestments--other than a few items rescued by horrified parishioners.

I think that at this point I would not be surprised if the Vatican released the statement: "There is no hell. Everyone goes to heaven. Do what thou will."

And the main people that would celebrate such a statement would be the upper echelon of the hierarchy, and of course the modern nuns.

What is interesting is the language used for the liturgical changes until the modernists brought out what they had planted into the conciliar document on the liturgy for future "development." At the outset of the Council it started off as liturgical "renewal", but the language of the Enlightenment with its mindset of revolution eventually was used. "Renewal" became "reform." That was successful because now everyone talks about liturgical reform, not renewal. Reform is the project of modernism as it derives from the Enlightenment. There was little in the liturgical changes that would constitute a renewal; it was mostly novelty, novelty to create liturgical revolution to appease the modern world.

The roots of the English oak survive even when the tree is cut level with the ground. The old liturgy is not dead, but sleeps because it has deep and living roots. The new liturgy is a fad that is being blown down in a mild breeze. We are being reminded of what is not just traditional but perennial. The old rails and fixtures can be torn out and the chants suppressed. But the Song continues. I think the mind set of the author was betrayed when he reffered to the plaster Mary. It isn’t Mary, it is a stute of Mary made of plaster. It may have been the best the ols parishoners could afford but it was a symbol and reminder of the Mother of the Living and Eternal God. This person seems to think the symbols are the thing. He has no roots.

In two or three generations all this modernist nonsense will be swept away. Twenty years ago I lamented the fact that I had been born in the mid-20th century and unlike my Catholic forebears had to live through such disruption.

Now I realize that it has made me get off my arse and actually do something. The Mass and Sacraments cannot be taken for granted.

I have seen the wrekovation in both architecture and Catholic Spirituality. It really is absurd. To make matters worse, those that have even a hint of traditional Catholicism are rapidly disappearing.

John Nolan, I hope that you are right. However, it seems to me that while the laity, especially the young, are attracted to tradition, the clerical elite are hell-bent (literally) in making things even worse.