WELL THIS IS A FINE HOW DO YOU DO! DOES THIS AUSTRAILIAN BISHOP WHO WAS ASKED TO RESIGN BECAUSE OF A GUILTY VERDICT GET HIS DIOCESE BACK? 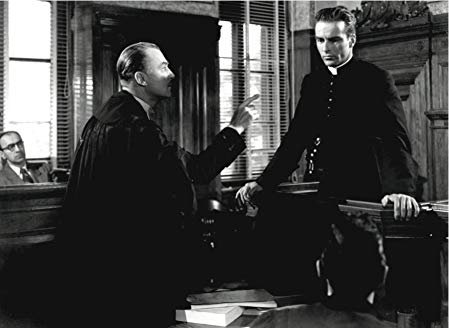 HOW WILL THE HOLY FATHER APPLY JUSTICE TO THE INJUSTICES OF STATE AND CHURCH? WILL THE STATE BE MORE MERCIFUL IN RECTIFYING A WRONG CONVICTION?

An Australian appeal court has overturned a conviction against the most senior Roman Catholic cleric ever found guilty of covering up child sex abuse.

New South Wales state District Court Judge Roy Ellis on Thursday upheld former Adelaide Archbishop Philip Wilson’s appeal against his May conviction for concealing the sexual abuse of two altar boys by a pedophile priest in the 1970s. Ellis found there is reasonable doubt that the 68-year-old cleric had committed the crime, which is punishable by up to two years in prison.

Wilson has served almost four months of a year-long home detention sentence at his sister’s house outside Newcastle. He was to become eligible for parole after serving six months.

The judge also dismissed a prosecution appeal against the leniency of the sentence.

I don’t know about Australian law — I assume it’s similar — but in the US, employers are not bound by the same “Beyond a reasonable doubt” standard as the criminal-justice system. If an employer investigates & believes you PROBABLY committed a crime or broke the rules or committed some other offense, they have the right to discipline or fire you. You can appeal, of course, but unless you can prove you got railroaded, you’ll probably lose.

What will Pope Mercy do?

I think he should be transported to the Vatican and then executed by firing squad.

TJM, his Humbleness, Pope Mercy will likely do nothing....unless this bishop agrees with pope mercy's theology, in which case, he'll get a promotion.

Since I don’t have any personal knowledge of the case or His Excellency, I can only be relieved that the wheels of Justice turned self critically. However, HE remains under a cloud because he was not found innocent. That is a shame.