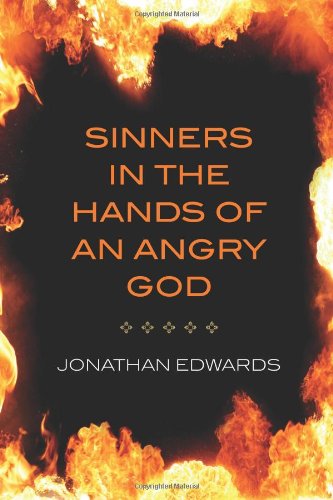 I've been a priest for almost 39 years and thank God have had very few suicides in that period of time.

I know how hard it is on the family and I have a distant relative whose husband committed sucide in the 1960's and the parish priest refused a Catholic Funeral Mass for her husband. That was horrible to say the least and affected her practice of the Catholic Faith.

Priests should offer comfort and solace to the family, emphasize that condemnation only occurs when full consent of the will is not compromised by stress, depression, illness or some other mitigating factor.

A funeral homily should not focus on the evils of suicide but the Passion and Death of Christ and what that means for faithful, forgiven Christians.

But with that said, what we have sown in the past 50 years is what we are reaping in terms of a consumer's approach to planing liturgies and telling the priest what we want.

And many lay Catholics today want to deny the reality of sin, the punishment we deserve due to sin and the need to repent and live holy lives built upon the Sacraments of the Church.

They also want to deny death and the grief and tears that come with unexpected and tragic deaths. They want cotton candy religion and funerals to anesthetize them and prevent the bursting of the bubble of denial about sin and death.


As consumers of Catholicism when it suits them, they want it as they perceive it should be. This is truly a Neo-Gnosticism.

I don't know how pastoral this priest was at this Funeral Mass for an 18 year old man who committed suicide. The parents may have a point about pastoral insensitivity.

BUT THE FUNERAL RITES OF THE CATHOLIC CHURCH ARE NOT CELEBRATIONS OF THE LIFE OF THE PERSON WHO HAS DIED. IT IS THE CELEBRATION OF JESUS INCARNATION, LIFE, PASSION, DEATH AND RESURRECTION WHICH RESTORES SANCTIFYING GRACE TO THE SOUL WHICH THEN ALLOWS THE SOUL TO ENTER INTO HEAVEN WHICH WAS CLOSED TO THE SOUL DUE TO ORIGINAL SIN AND ACTUAL SINS.

Thus with the "celebration of life" and consumer's mentality about funerals, the local paper reported this:

A funeral should focus on the way an individual lived, rather than the way he died, Jeff and Linda Hullibarger said.

That’s why they’re upset at the way a local priest, the Rev. Don LaCuesta at Our Lady of Mount Carmel Catholic Church in Temperance, Mich., handled the service for their 18-year-old son, Maison, who died on Dec. 4. The couple said the priest disregarded their requests for an uplifting homily and instead chose to sermonize on the morality of suicide.

“He basically called our son a sinner, instead of rejoicing in his life,” Ms. Hullibarger said.

... The Hullibargers are calling for Father LaCuesta to be removed after the funeral...  They worry that the priest could hurt other families in the same way he hurt theirs at their son’s funeral.

"Rejoicing" in his life? That is the crux of the problem. A majority of Catholics (even faithfully practicing ones) have little idea what the Mass of Christian Burial is about because pastors no longer teach the basics of the faith. I have to say, this priest should have stayed away from this topic, the young man was obviously deeply disturbed. May God have mercy on him and shower grace upon his family.

The corruption of funeral rites after Vatican II is the single worst aspect of the so-called reform. The traditional rites, which are the same for prince and pauper, do not allude to the way the individual lived or died - we are all sinners in need of God's mercy.

My mother died in 1974 aged only 54. The Mass was therefore Novus Ordo, although at our request it was celebrated in Latin with the Roman Canon. I read the first lesson and psalm, and the 'bidding prayers' which used the recommended intercessions for funeral Masses. There was no homily, no hymns and no eulogy - the liturgy was allowed to speak for itself.

Ah, sin....everybody does it, and yet, according to the New Catholic Church, no one is guilty of it. Sure contradicts Jesus' take on sin.

I personally reject the teaching that those who commit suicide are not guilty of mortal sin. We should have an absolute abhorrence for this sin. The person who commits suicide, as their last act on earth, committed murder.

Doesn't using the 3 requirements of culpability of mortal sin (grave matter, full knowledge, deliberate consent) to excuse this sin remind you a little of the hypocrisy of the Pharisees when Jesus told them:

“Rightly did Isaiah prophesy of you hypocrites, as it is written:
‘THIS PEOPLE HONORS ME WITH THEIR LIPS,
BUT THEIR HEART IS FAR AWAY FROM ME.

‘BUT IN VAIN DO THEY WORSHIP ME,
TEACHING AS DOCTRINES THE PRECEPTS OF MEN.’

Neglecting the commandment of God, you hold to the tradition of men.”

He was also saying to them, “You are experts at setting aside the commandment of God in order to keep your tradition. “For Moses said, ‘HONOR YOUR FATHER AND YOUR MOTHER’; and, ‘HE WHO SPEAKS EVIL OF FATHER OR MOTHER, IS TO BE PUT TO DEATH’; but you say, ‘If a man says to his father or his mother, whatever I have that would help you is Corban (that is to say, given to God),’ you no longer permit him to do anything for his father or his mother; thus invalidating the word of God by your tradition which you have handed down; and you do many things such as that.” Mark 7: 6-13

So how about the commandment 'thou shall not kill'? Setting that aside? And I'm not sure who is more culpable of mortal sin, the person who commits suicide, or the cleric does not teach the Gospel and instead teaches things that nullify the Word of God.

In this poor kid's case, I would expect the priests sermon was a little too late. He should have been preaching this all along. And at the funeral he would have been better to stick to the preaching on the readings.

Suicide is tragic indeed, but thinking it is too harsh to say such an act does not deserve hell is a lie of the devil.

Not having the priest's homily at hand, we cannot comment on what was said or not said.

If he did say or suggest the deceased was guilty of mortal sin, the bishop should intervene and instruct the priest.

If he was seriously insensitive, the bishop, again, should take matters in hand.

The emotional content of a funeral is so high that it seems that a bishop would advise, strongly, that the homily would be omitted, especially in the case of a suicide. As with the current obsession with homosexuality, we have a popular culture that percieves, correctly, that these people don’t need to be persecuted, but does not address the issue as a sickness, either. Suicide is so foreign to my way of thinking I must be careful how I address it. But it seems to me that our tolerance of the person as a victim, as with homosexuality, temps us to avoid addressing the ‘choice’ as an evil one. Our tolerance of the choice is not the same as the tolerance and sympathy of the person. The state of the soul is known but to God. Our humility should move us to prayer and silence.

The main point is not what the priest said, but the warped idea that the family had regarding the purpose of a Catholic funeral. I'm sure that Fr Kavanaugh would have instructed the relatives on its true meaning, and preached accordingly.

But he shouldn't need to do so. I would question whether a homily (essentially the priest's own take on things) should be allowed to interrupt the funeral Mass in the first place; in a traditional Requiem it isn't.

Letting the liturgy speak for itself seems to be an alien concept to the postconciliar generation of priests. So at Mass we have so much explanation that the main purpose of the liturgy would appear to be didactic; even weekday Masses are rarely allowed to proceed uninterrupted; one even finds a homily at Vespers.

I appreciate a good sermon on a Sunday, provided it is well prepared and doesn't take too long. But I don't go to church to be preached at.

Stephen Prothero makes an interesting point in his book "American Jesus - How the Son of God Became a National Icon."

The sermon was extraordinarily popular when it was published in 1741 in the midst of the "Great Awakening." With it's vivid images of hell, Edwards was attempting to scare people into heaven.

A century later, the most popular Protestant hymn was "What A Friend We Have in Jesus," published in 1851.

Interesting contrast in how Americans, specifically, have perceived their relationship with God.

Ironic that in a vernacular Mass we have to have all sorts of stage directions and instructions for Mass. One of the great beauties and wisdom of the EF, is that once the bell is rung for the start of Mass, the celebration of Mass is on autopilot.

A great priest friend of mine, now deceased, taught homiletics at the seminary (he could speak 6 languages, including Latin) advised seminarians never to go over 7 minutes because after that, you lose the attention of the congregation and you are likely repeating yourself. His homilies were simple and straight to the point. How I miss him.

It seems that this might be the best instance for the priest to say the black and do the red with as little personal interpretation as possible. The priest should have preformed a Rite, and not presided over a celebration (or condemnation). As for people committing suicide. The act is often the effect of another illness. Robin Williams death was through suicide.The disease was Lewy body dementia, and that disease had a very long list of symptoms. That does differ from assisted suicide and euthanasia which are conscious and predetermined.

Yes, we are all sinners, but I’ve gone to a fair number of funerals & heard about many more & ive never heard a priest denounced e an adulterer or an alcoholic or a greedy businessman who put profits ahead of people or a glutton who dug his own grave with a knife & fork. Why inflict more pain on a family already victimized by their own son? Or let’s be honest about all of the dearly departed. Was that the pre-Vatican Ii way? I think not.