STUNNING TALK ON CNN THIS MORNING ON THE TRADITIONAL LATIN MASS 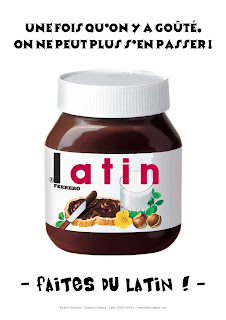 The networks are hyped to televise the Traditional Latin Requiem for Justice Antonin Scalia. Of course it isn't going to be the EF's tradition, but it will have the traditional Latin and in an hour we will know if this means the propers for the Requiem as well. I suspect Fr. Scalia will wear either violet vestments or black. He wore a violet stole for the brief prayer service in the Rotunda of the Supreme Court yesterday.

But I was simply astounded that Carol Costello of CNN was so happy that the Funeral Mass would be a traditional Latin Mass. She said, if you've never been to one, go, because it is simply breathtakingly beautiful.

Then, believe or not, she derided the guitar Mass and spoke of Justice Scalia's love for tradition and not the novel stuff that came out after Vatican II.

We'll very soon know, but I suspect it will be a hybrid Ordinary Form Mass with Latin Parts including the Propers. I will also venture to guess that Fr. Scalia will preach the Word of God and the need to pray for the Faithful Departed and will not canonize his dad or eulogize him.

There was a long discussion on the Liturgy of the Church ON CNN! and you would have thought it was from my blog!

I like what John Nolan has to say about the traditional Requiem:

...aversion (to Latin) born out of ignorance is not rational. The Latin Propers of the Missa pro Defunctis were familiar to generations of Catholics, and replacing them with sentimental hymns hardly serves the cause of Truth. I have had the misfortune to attend modern funeral rites in both the Anglican and Catholic Churches and have found them to be mawkishly sentimental, lacking in theological content, and over-obsessed with the achievements of the deceased in this life rather than humbly offering the Holy Sacrifice for his or her soul and the souls of all the faithful departed.

In the traditional Rite the liturgy is the same for everyone, prince or pauper, TV celebrity or nonentity. Elaborate processions, magnificent catafalques, exquisite music might emphasize the worldly importance of the deceased, but the words and intentions are the same for all.
Posted by Fr. Allan J. McDonald at Saturday, February 20, 2016

The Novus Ordo church never fails. At a funeral Mass, the liturgy is brought to a halt so that a jovial welcome speech can be given. And welcome extended to Joe Biden a scandalous Catholic if there ever was one.

Alas! The funeral Mass is in the OF in English with white vestments. I've always wondered why white vestments are worn at American Catholic (OF) funerals. In Europe, Latin America, and the Philippines, purple is worn, with the occasional black.

Fr. Scalia gave a stunning funeral homily and should be seen as a model for all homilists at funerals!

Fr. Scalia gave a stunning funeral homily and should be seen as a model for all homilists at funerals!

Meh. Guess it took about 3 generations for some people to finally get it and realize that something was lost.

Well .... if a regular news person could make that comment, maybe there is a little hope. It will take a longer time, but it will come.

The homily was truly magnificent. He didn't canonize his father, he asked for prayers. And no eulogies and no Amazing Grace! On Eagles Wings and the usual nonsense.

The Novus Ordo isn't bad when it is celebrated by a priest who acts like a grown man (not a Passionist priest who has been to too many musical comedies, but I digress), who actually believes the Catholic Faith and isn't ashamed to act like a priest and not a stand up,comic. And actually follows the Roman Missal and days and does what it says to do.

No sign of peace! As it is carried out and carried on today, quite distracting. That distraction did not happen at this Requiem'

I've found John Nolan to be right every time.

Looks like a Methodist service with the choir down front in blue robes.


Fr. McD: Just saw this post on a website called New Liturgical Movement, about how many things in the EF Mass remit venial sin. Wow! I never knew (having grown up in the midst of VII). Thought this might be something to address here on your site.

A second really good article on here is titled: How the Traditional Latin Mass Fosters More Active Participation than the Ordinary Form by Peter Kwasniewski

Lots of thought provoking stuff on this site. Thought I'd pass it along.

I've posted here before as Bee, but the OpenID won't take my email address, so I'm going with Anonymous.

Very reverent OF Mass! Stunningly beautiful, dignified but simple! Will there or will there not be post Comminion eulogies? NO!NO!NO! THANK GOD ALMIGHTY!

I lost it at the Final Farewell for my father in 1987. I had another priest do it at my mom's funeral in 2012, although I was celebrant and homilists!

Great chant of farewell! The official one!!! Wonderful arrangement!

Allan, I too, had to hand off the final farewell when we buried our mother in 1995. I held up well until that point. I think my mistake was looking at my sisters and brother and mother's grandchildren. That set me off!

Very nice for a NO Mass. Beautiful music (both the quality and the selections). Fr. Scalia is, of course, very reverent, and he used the Roman Canon, which always elevates the NO to a higher aesthetic in my humble opinion.

About as nice an OF as could be. Very well done. I don't know how Fr. Scalia did it.

Father Scalia gave an excellent homily. Surely a fine template for others to go by. If he had accomplished nothing else, the fact that Justice Scalia produced a son of such caliber, one would expect to count for much in his favor before the judgement of God. The same also with Father Scalia's mother of course.