ADORATION OR IMITATION OF CHRIST? IT'S NOT EITHER/OR BUT BOTH/AND (AND THE PROGRESSIVE CATHOLIC'S IDOLATRY OF VATICAN II WHEN THEY ACCLAIM THAT VATICAN II ISN'T IRREFORMABLE BECAUSE TO SAY SO TURNS VATICAN II INTO A gOD!) 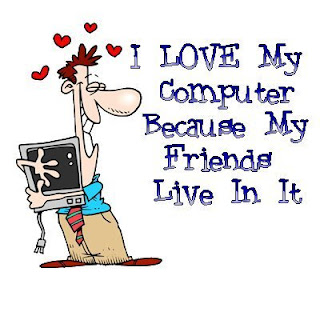 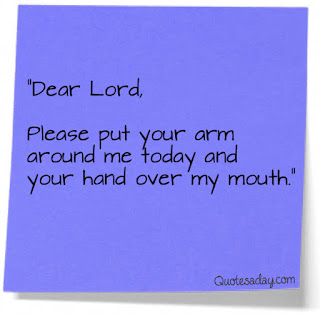 I saw this silly comment  at another progressive liturgical blog:

Picking up on a theme of our traditionalist-leaning friends, what if we were to consider the Last Gospel. On a traditional Catholic site, I read a few days ago of a wish of restoring that element as part of the so-called mutual enrichment. What if, instead of John 1:1-14, the Last Gospel were Matthew 25:31-46?

Both passages draw us into a consideration of the Word Made Flesh. The TLM text invites reverence and awe. Matthew 25 hints at a different sort of encounter, a presence no less real, and one more intimately tied with the imitation of rather than the adoration of Christ.

My comment: Adoration of Christ in the "source and summit" of our Catholic life, the Holy Sacrifice of the Mass leads us to the "Dismissal" and our "Imitation of Christ" in our real life wherever we find ourselves to include the church building and its premises.

However, it is intriguing to do what the Ordinariate Missal once again allows and that is the reading of the Last Gospel and adding a few others to it such as Matthew 25! In fact, I see no problem in adding the Last Gospel without ecclesiastic approval since it isn't a part of the Mass and could be viewed as a post-Mass hymn, such as the Regina Caeli or Salve Regina or other Marian hymns at the end of Mass.

At the same progressive liturgical blog another comment indicated the ongoing  perpetuation of adoring Vatican II, a pastoral council, as some sort of god and thus turning it into an idol:

Those who want to go back to the early Liturgical Movement (prior to Vatican II in the early 20th century and with the Tridentine Mass) want to ignore the experience and growth and insights of about a century. And obviously, they reject the Second Vatican Council, which clearly did not want to go back to before WW2 and undo the previous 20 years, but called for a move forward. So the main question in all this, like in so many questions of liturgical reform, is: Does one accept Vatican II or not?

My comment: Of course this commenter wants to go back to the 1970's Missal and back to the dark ages of that same period when the Tridentine Mass now known as the EF Mass was supposedly suppressed. Of course it wasn't completely suppressed by Pope Paul VI who allowed it for certain situations and there was a more blanket approval of its use in England under the same pope.  But only 10 years or so after the 1970 missal, Pope St. John Paul II expanded the use of its celebration and of course Pope Benedict released it completely from bondage and the "museum" of history to allow it to become a living organism in the Church again.

And now the Holy Roman Catholic Church in 2015 was given a new Roman Missal approved by Pope Francis, "Divine Worship, the Missal" which is truly a post-Vatican II work of art that takes into account what Sacrosanctum Concilium actually requested without the ideologies of Archbishop Bugnini and his excesses and iconoclasm of the classic Roman Liturgy none of which can rightly be seen as a product of the Liturgical Movement of the early 1900's!

Vatican II like the Church is not irreformable and the Ordinariate's Missal is a sign of that as is the blanket allowance of the EF Mass today by Pope Benedict! To say that Vatican II isn't reformable because it is a god is idolatry!!!!!
Posted by Fr. Allan J. McDonald at Thursday, February 04, 2016

How about doing what was done before the reforms of Pius XII and even Pius X. Bring back the last Gospel from John, but on the days when the mass for Saint of the day isn't celebrated because of a greater feast takes precedence the last gospel would have be the Gospel that would have been read at the saint's Mass. I'm sorry if that isn't clear but I tried.

I think in the EF there are a couple of times when another Gospel is substituted for the Prologue of Saint John, especially if the Prologue is read as the Gospel reading, such as on Christmas morning.

While the suggestion has some merits if the Last Gospel was returned, I don't think it has merit in tradition. And I think the snark of the comment that I quote is that Catholic who are into adoration of Christ are not into imitating him, a straw man argument to say the least.

Where was this post written? I guess you don't have to tell me if you don't want to; I'll just google those comments when I get home.

How exactly can one determine what is "moving forward" vs. "moving backward" unless one has a pretty clear idea of the end goal?

Does the new liturgy bring more Catholics to Mass? No.
Do those who come to Mass grow in their understanding of the Eucharistic presence? No.
Do those who attend Mass (50% fewer than before the reforms) obey the Church's teaching and so raise up a godly generation of vibrant, happy, balanced young people? No.

So by every quantifiable measure - at least in Western Europe and English speaking cultures, the 'reform' has not be "a move forward" but a great retreat, a retrograde motion, away from faith in Christ, love for Him, and mature acceptance of the point of being Catholic laity (i.e. making disciples of all the nations).

This is the same progressive liturgist, I believe, who once confidently stated that it is not possible to know now what the church will teach on women's ordination or same-sex marriage 100 years from now. Yet his interpretation of Vatican II- that's for the ages. I used to try to challenge him on why he thought that his rupture was the only rupture allowed, but his preferred response was a dismissing quip or to delete my comment. He's a bully, and I guess he just felt like beating up on the "old unreformed pre-vatican ii liturgy" yesterday - no responses allowed as usual.

I am always amused when someone attempts to defend the honor of Vatican II by denouncing attempts to "go back" to anything prior to Vatican II. It amuses me, because one of the great arguments for the merits of Vatican II was "resourcement," that is, the recovery of older, and supposedly, more pristine expressions of the True Faith. So, for example, Henri de Lubac is trotted out: he did marvelous work rediscovering ancient wisdom, was viewed with dark suspicion by the Old Guard (cue Darth Vader music), but -- happily! -- was completely vindicated by Vatican II!

So which narrative is it? Resourcement or Aggiornamento?

There is a quote from Cardinal Ottaviani in Henry Lubac's new book on Vat II. The Cardinal was heard to say, "I want to die before the council is over." When asked why, he replied, "Because I want to die a Catholic." 'Nuf said.