CARDINAL ROBERT SARAH ISN'T YOUR FATHER'S BUGNINI/MARINI SCHOOL OF LITURGICAL INCULTURATION: HE TAKES ON AFRICAN LITURGIES THAT ARE OVER THE TOP! KEEP IN MIND AN AFRICAN IS DOING THIS! 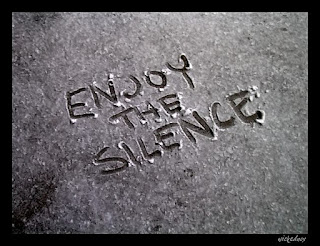 Below this succinct summary  is a very, very rough translation of an article Cardinal Robert Sarah recently wrote in L'Osservatore Romano:

Writing in L’Osservatore Romano, the prefect of the Congregation for Divine Worship and the Discipline of the Sacraments has stressed the importance of moments of silence in the liturgy.
“External silence is an ascetic exercise of mastery in the use of the word,” said Cardinal Robert Sarah, who contrasted the Marian silence of the one wishes to meditate on God’s word with the noise of the person who wishes to show off.

Quoting Sacred Scripture, the Second Vatican Council, the General Instruction of the Roman Missal, and Cardinal Joseph Ratzinger’s Spirit of the Liturgy, Cardinal Sarah said that “we must avoid transforming the church, which is the house of God intended for adoration, into a spectacle hall where you go to applaud the actors.”

Cardinal Sarah, who hails from Guinea, also criticized the “long and loud” offertory processions, “including endless dances, in some African countries. One has the impression of being present at a folklore exhibition.”

HERE IS THE COMPLETE TRANSLATION POORLY TRANSLATED FROM THE ORIGINAL ITALIAN IN L'OSSERVATORE ROMANO:

Many faithful complain rightly about the absence of silence in some forms of celebration of our liturgy. It is therefore important to remember-making the meaning of silence as a valuable Christian ascetic and as condition required for a deep prayer and contemplation, without forgetting- that in the celebration of the Holy Eucharist are official times provided times of silence, in order to highlight its importance for liturgical renewal that is authentic .In the negative sense, the silence is the absence of noise. The virtuous silence - or mystical silence - must be obviously distinct from silence that is reprehensible, by the refusal to address the word, from the silence of omission for cowardice, selfishness or hardness of heart. Of course the exterior silence is an ascetic exercise of being a patron in the use of the word.

Yes, it is in prayer that God communicates to us his life, i.e. manifests his presence in our souls by flushing with the waves of his love-Trinitarian King, the Father through the Son and in the Holy Spirit.
And the pre-ring is essentially silence. The Wisdom books of the Old Testament crammed exhortations times to avoid the sins of language (especially the slander and calumny).

The prophetic books encourage the silence as emotional expression of the reverential fear toward God; this is then a preparation for the theophany of God, that of-king to the revelation of his presence in our world.

James has put us on guard against the evil words, which are the expression of a heart and also against the idle words, of which we will have to render an account. The exterior noise instead shows the individual who wants to occupy a place too important, who wants to act or put on a show, or who wants to fill his inner emptiness.

In the Gospel it is said that the Savior King himself prayed in silence, throughout at or withdrew in desert places. The silence is typical of meditation of the word of God; it is found especially in the attitude of Mary; In the mystery of her Son. Silence is especially the attitude that is positive who prepares to welcome God through listening. Yes, God acts in silence. From here the important observation of St John of the Cross: "The Father has one word: it his Word, his son. It is only in silence that the soul can understood."

In certain moments, it is addressed to God, in other there is silence to listen to it. It is not surprising then that we should consider the silence as choir or of the faithful. The Latin Mass has absolute silence. The Council has maintained a time of silence. So the Constitution on the Sacred Liturgy Sacrosanctum Concilium, at number 30 has decreed that "to promote active participation it is also observed, in due time, a sacred silence”.

"Its nature depends on the time it occurs in celebrations. Thus, during the penitential act and after the call to prayer, silence helps there commendations; after reading or the homily is a reminder to meditate on what has been heard; after the communion, fosters prayer of praise and supplication.
Even before the same celebration is beneficial to observe silence in the Church, in the sacristy and in the place where the vestments are and on the premises outside-Yes, because everyone can prepare devoutly and in righteous ways to the sacred celebration". Silence therefore is not absent from the ordinary form of the Roman Missal, at least if you follow-no its requirements and we take our inspiration from its recommendations. In addition, outside of the homily, we must banish any speech or presentation of people during the celebration of the holy mass. In fact all must be invited to transform the Church, which is the house of God destined to adoration, in a room to show where it goes to applaud actors more or less good according to their capacity more or less large to communicate, according to an expression that feels like what we see in the media. We must strive to understand the motivation of this discipline liturgy on silence and. Other authors particularly qualification can help us in this ambit and be able to convince us of the need of silence in the liturgy.

First place Monsignor Guido Marini, Master of the celebrations for  pontifical liturgies, which expresses the principle in these terms: a liturgy "well celebrated with the language that is proper, in its various parts, must provide for a happy alternation of silence and the spoken word, where silence animates the word, permitting the voice to resonate with extraordinary depth, maintaining every vocal expression in the right climate of recollection. It is to be considered rather as a real ritual moment, complementary to the word, to saying, singing, gesture ".

Cardinal Joseph Ratzinger, in his famous work the spirit of liturgy, stated that "the great mystery that surpasses every word there in-life to silence. And the silence also belongs to the liturgy. It is necessary that this silence was pie-no, that is not simply as-without speech or action. What we expect from the liturgy is that gives us this substantial silence, positive, in which we find ourselves. A silence that is not a pause in which a thousand thoughts and desires beset us, but a collection that brings us inner peace, which leaves us to breathe and discover the es-essential part".

It is therefore a silence wherein look simple-mind God, wherein let God we look and we wrap in the mystery f his majesty and of his love. Always Cardinal Ratzinger mentioned some moments of silence details. Here is an example:"also the moment of the offertory you can play in silence. This practice in fact is suited to the preparation of the gifts and can only be fruitful, provided that the preparation is conceived not only as an external action, necessary for the performance of the liturgy, but also as a path essentially interior; this is to unite to the sacrifice that Jesus Christ offers to the Father". Must be decried in this sense the processions of offers, long and noisy, which include endless dances, in African countries. It has the impression to attend folk-like ceremony that distorts the bloody sacrifice of Christ on the Cross and we are far from the Eucharistic mystery. We must therefore insist on the silence laity during the Eucharistic Prayer, as pointed out by Monsignor Guido Marini: "That silence does not mean inactivity or lack of participation. That silence tends to allow everyone to enter in the act of love with which Jesus offers himself to the Father on the cross for the salvation of the world. That silence, truly sacred, is the liturgical space in which to say yes, with all the strength of our being, to the action of Christ, so that it becomes also our action in daily life.
Posted by Fr. Allan J. McDonald at Wednesday, February 03, 2016

But white liberals ALWAYS know best. The arrogance is astounding, particularly in light of their myriad failures.