SHOULD THE CHURCH HAVE THROWN IN THE TOWEL CONCERNING VALENTINE'S DAY 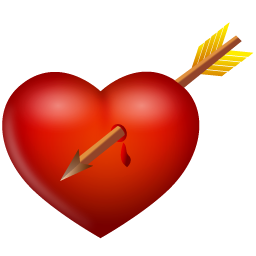 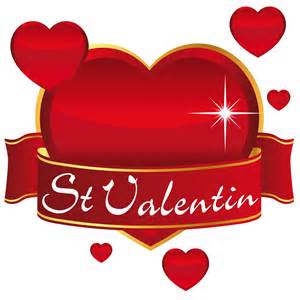 That most wonderful time of the year is upon us, Saint Valentine's Day. With the revision of the Roman Calendar after Vatican II, what many called a hatchet job, poor old Saint Valentine was removed from the calendar even though the secular calendar extolled him as the god of love.

Fortunately, we live in a dual universe of Ordinary and Extraordinary sensibilities and in the Extraordinary universe Saint Valentine still exists in the Roman Calendar although this year, since his feast day falls on a Sunday, it isn't observed.

The same is true with Easter. The Easter bunny, the Easter bonnet, Easter Eggs, candy and the rebirth associated in nature with spring are all viewed in a positive way even though they are from pagan antecedents. In fact Christian correlations can be made with all of them. Candy, the breaking of the fast, eggs as a sign of fertility and the tomb and Christ release from it in the Resurrection. Easter bunnies signify new life. (The insertion of the Easter Candle into the Easter Water three times has fertility symbolism by the way and it should be very obvious and applauded not seen as dirty.)

But just because poor Saint Valentine is associated with sexual or romantic love, the Church gladly eliminated the martyr's feast day and demoted him into Catholic oblivion and let the secularists win.

It seems that romance is associated with the martyr because  during the Middle Ages, it was believed that love birds paired in mid-February. This was then associated with the romance of Valentine. Although all these legends may differ in ways, Valentine’s day is widely recognized as a day for romance and devotion.

Should not have the Church promoted a Catholic ethos for romantic love and sex?   Shouldn't chastity before marriage and chastity after marriage be glorified by the Church with a nod to the body that encourages chaste romantic love?

Perhaps Saint Valentine's Day could have been a good venue to promote Pope Saint John Paul's Theology of the Body and a Catholic view of sex and marriage.

But alas, we've allowed the debauchery of the media and the corruption of the culture to win the day. Poor Saint Valentine name is used in vain and the Church stands by idle.

This is from the Saint Anthony Messenger press and offers tidbits of more info on Valentine:


EVERY YEAR ON 14 February millions of cards decorated with lace, hearts, Cupids and flowers are exchanged by lovers and friends, husbands and wives, students and teachers, children and parents, boys and girls. Although Saint Valentine's Day enjoys enormous popularity surprisingly little is known about the man after whom the day is named. Here are some answers to questions about Saint Valentine and his day.

Who was Saint Valentine?
Valentine was a priest and a physician who lived in Rome during the third century. At that time Christianity was a minority religion and a persecuted faith. In 270, Emperor Claudius II ordered Valentine to be arrested and imprisoned. When he would not recant his faith, Valentine was put death on 14 February. He was declared a saint, and a church was erected on the site of his burial plot in 350.

Why is Saint Valentine associated with romance?
The connection between Saint Valentine and romance was made when a Roman celebration was combined with the martyrdom of Valentine. 15 February was the date set aside to honour the Roman God, Lupercus. On that day, young women would write love notes and deposit them in a large urn. The young men of Rome would take the notes out, and then court the women whose message they had drawn. When Christianity became the official religion of Rome, the Church merged that Roman holiday with the martyrdom of Valentine on 14 February.

How did Valentine become the Patron Saint of Lovers?
According to legend, when Valentine was a priest in Rome young men did not want to enlist in the army to fight the emperor's wars. Claudius II, who was the emperor, ordered young men not to marry, believing that if they did not have lovers they would be more willing to leave Rome for the battlefield. Moved by compassion for the young men and their sweethearts, Saint Valentine married them secretly.

Why do Valentine cards end: 'From your Valentine'?
Another legend explains that when Saint Valentine was imprisoned and waiting execution, he met the blind daughter of his jailor. He offered prayers for her healing and the girl's sight was restored.  A friendship was forged. On the night of his death he wrote the girl a farewell message and signed it, 'From your Valentine.'

How did Cupid come to be associated with Valentine's Day cards?
Cupid, the naked cherub armed with arrows dipped in a love potion, comes from Roman mythology. According to those legends Cupid is the son of Venus, goddess of love and beauty.

How did Saint Valentine's Day spread?
Saint Valentine's day was carried by Christians as they spread their faith across Europe. The day became especially popular in England and France. During the Middle Ages, when few people could read or write, friends said or sang their Valentines to each other. The earliest written Valentines come from the fifteenth century, and were written from prison by the French royal, Charles, Duke of Orleans. In 1415 Charles was captured by the English at the battle of Agincourt. While imprisoned in the Tower of London he composed some beautiful Valentines. In British literature, the day was noted by William Shakespeare in Hamlet: Good morrow! 'tis Valentine's Day... And I a maid at your window, to be your Valentine.

Why is the letter 'X' associated with a kiss?
People who affectionately sign 'XXX's to Valentine cards and letters are generally unaware that the custom dates back to the early Christian era, when a cross mark, or an 'X' conveyed the force of a sworn oath. The cross referred to both the cross of Calvary and the first letter of the Greek word for Christ, Xristos. In days when few people could write, their signature cross, or 'X' was a legally valid mark. To emphasize their complete contractual sincerity they often kissed the 'X' when an oath was sworn upon it. It was this practice of kissing the 'X' which led to its becoming the symbol of a kiss.

How did Saint Valentine's Day come to the United States?
Valentines came to the United States with the earliest English settlers. John Winthrop, governor of the Massachusetts Bay Colony wrote to his wife: February 14, 1629, Thou must be my Valentine. Initially, the early colonists were so busy cultivating the land and making a new life that they did not have the time to make or send Valentines. However, as the years passed, Valentines became more common. During the winter months when farming could not be done people had more time, and many young men made their own Valentine cards. When 14 February arrived the men folded their Valentines, sealed them with wax and personally delivered them. Mail in colonial times was expensive and irregular.

Who developed the first commercial American Valentines?
Esther A. Howland of Worcester, Massachusetts, is credited with developing America's Valentine's Day cards in 1847. That year she sold an astonishing $5,000 worth of cards. Esther Howland's fancy, colourful Valentines made Saint Valentine's Day extremely popular. Soon other manufacturers were producing cards. The commercial development of Valentine's Day cards coincided with the regulating of postal service. In 1847 US Post began to sell a five cent stamp which could take a Valentine any place in the country.

I guess Fr. did not like my timely and tasteful Valentine's poems. LOL!

Well, I like this one...maybe it isn't offensive to Fr's tastes...and it is right out of the headlines:

Theorelativity
The Pope says all gods are the same,
Now, don't tell me that is lame,
The Buddha, Confucius,
And some god named Lucious
Are Jahweh by a different name.