HETERODOX CATHOLIC REFORM GROUPS ARE DEMANDING THAT THE PAPAL NUNCIO POPE FRANCIS APPOINT TO SWITZERLAND, U.S. ARCHBISHOP THOMAS GULLICKSON, BE REMOVED AND THEY ARE GOING FOR HIS JUGLAR AS IS TYPICAL OF THE HETERODOX

My comments in red in the body of the text from the NCR: 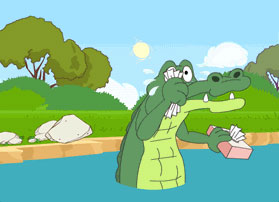 Twelve Catholic reform groups (heterodox groups, lets be clear) have accused the papal nuncio in Switzerland, U.S. Archbishop Thomas Gullickson, of publicly criticizing Pope Francis and have called on the Swiss bishops' conference to proclaim that the Swiss church is fully committed to the Second Vatican Council. (No where in this article does it state what the Pope Francis appointed nuncio criticized about Pope Francis other than to say the good nuncio, like me, is ultramontane.)

The reform groups have formed an alliance entitled "Enough is Enough," and have warned the Swiss bishops that religious peace in Switzerland is endangered. "We are seriously concerned that the nuncio is splitting the Swiss church," the alliance says in its letter to the bishops.

Alliance member Markus Arnold, the head of the Religious Education Department at Lucerne University, has also written to Swiss President Johann Schneider-Ammann asking the president "not to allow Gullickson to have a long-term, poisonous effect on the climate in Switzerland. We have enough problems with religious fanaticism as it is. We do not need a nuncio who wants to revive this fanaticism in the Catholic church." (now the heterodox use the F word, fanaticism and also I guess fundamentalism, to describe the orthodox Catholic archbishop).

Alliance member Erwin Koller, the president of the Herbert-Haag-Foundation for Freedom in the Church which awards the Herbert Hague Prize, told schweizamsonntag.ch that "the way Gullickson is opposing Pope Francis is offensive. If a Swiss diplomat had said such things about the Swiss government, he would long since have been dismissed." (What did the Archbishop say, not a word on this in this article! What kind of reporting is this?)

The Swiss Catholic Women's Association, which is also a member of the alliance, has appealed to member of Parliament Doris Leuthard in a letter pointing out that as it is highly unlikely that Gullickson will change, he should be moved.

Gullickson, 65, is a keen blogger and Twitter-user and is not shy about openly expressing his opinions in the social media. He calls himself an "ultramontanist -- and proud to be one" and makes no secret of the fact that he sympathizes with the schismatic Society of St. Pius X. In several tweets, he has praised the elitism of St. Pius X priests. (I would like to know what this Pope Francis appointee in 2015 no less said that is any different that Pope Francis giving worldwide faculties to the SSPX to hear valid confessions of any Catholic during the year of Mercy.)

Ordained in Sioux Falls, S.D., Gullickson previously served as nuncio to the Caribbean states as well as Ukraine, before he was appointed to Switzerland by Pope Francis in September 2015.

He clashed with the well-known former Abbot of Einsiedeln, Martin Werlen, on Twitter last October. Werlen had expressed his astonishment that "a nuncio disseminates blogs which accuse the German bishops' conference of being heretical and has a predilection for linking ultra-conservative texts in his blogspot." (This says it all. Progressives don't like the word heretical when of course they are. They are in denial and resent being told they are in denial much like a family member who becomes incompetent insists on saying she is competent when everyone else is pointing out the obvious!)

Gullickson also operates a press review website on which he points to texts which demand the reintroduction of the Old Rite or in which Society of St. Pius X seminary dean, Franz Schmidberger, attacks the church hierarchy.

"The Second Vatican Council clearly condemned the anti-liberalism of the Pius popes and unambiguously committed itself to human rights," Koller told schweizamsonntag.ch. "If Gullickson is against the council, then he should join the SSPX, but he has no right to present such positions in the name of the church or the pope respectively."

[Christa Pongratz-Lippitt is the Austrian correspondent for the London-based weekly Catholic magazine The Tablet.]
Posted by Fr. Allan J. McDonald at Friday, February 12, 2016

ah, those tolerant "liberals." Why are we paying attention to a group which is on life support?

The biggest hypocrites on the planet happen to be self-described Catholic progressives: close minded AND judgmental (and racist, sexist, and bigoted to boot!).

They constantly preach that we must "dialogue" with others and "understand their victimhood"...but then freak out when fellow Catholics disagree about Vatican II or the role of the Papacy or Catholicism 101.

Where's their legendary skill of "dialogue" and pacifism? Of solving problems with words and not authoritarian solutions? Nowhere. That's a myth. Everywhere they are weak they use "tactical relativism" to disarm others. Once they are in power they become the most doctrinaire and dogmatic folk you'll ever meet: it's their way or the highway.

Thus you'd THINK they'd empathize with the Traditionalists who are also dogmatic and doctrinaire! You'd think they'd understand what it's like to chafe under the yoke of people who despise you and so find a way to negotiate a peaceful middle way.

But I suspect this again is a fruit of avoiding actual face to face debate on the merits. I'd love to see the leaders of each side actually take to a stage before their respective publics and have it out in public. It would be good for both sides.

What I find very, very interesting is that Pope Francis named him to be nuncio in Switzerland just last year, less than a year ago. So Pope Francis certainly had to be aware of the Archbishop's theological positions and his leaning toward tradition. And given the fact that the SSPX seem to have a large seminary there, it makes sense that the nuncio would be there especially since it appears Pope Francis' olive branch to the SSPX during the year of Mercy might bring them into a regular state with the Church.

While I see these progressive groups as sick, spiritually ill, prideful sinners who don't like their power imposed upon, I must say if it's true that this nuncio blogs and purposely called himself an ultramonist, and links to the SSPX, I cannot fully support the cleric. To me promotion of the SSPX in any direct form is promotion of spiritual disobedience in the Church. So what if they have confession facilities until November 2016? They are still non canonically ok with Rome, still bash the Novus Ordo, and still not submitting to the will of Rome to rejoin. Crediting them for keeping the Latin Mass if fair, but direct promotion crosses the line and can endanger souls who aren't aware of the full story and buy into half truths from their leaders (priests and "bishops")

However, if Francis openly appointed this guy KNOWING even remotely his orthodoxy, then it clearly shows he was right for the job and Francis is NOT a traddie hater, despite what the Katholic Krazies want you to believe. These whiners are whiny brats and sore losers. Finally it's rarely good to involve secular government/authorities unless someone is ill intent in violating your rights and freedoms (e.g harassment, assault, murder.) eventually, having no vested interest in you, they come after you anyways in their desire for totalitarian governance, with no exception or compromise.

I suspect nearly all of us are 'sick, spiritually ill, prideful sinners'.

But I'm bemused by a supporter of the SSPX styling himself 'an ultramontanist'. We wouldn't have the liturgical mess we have now if it weren't for ultramontanism; it's the 'Spirit of Vatican One' that allowed Paul VI to presume that, as pope, he could do whatever he liked with the liturgy.

As for 'progressives' insisting that people swear fealty to Vatican II, that strikes me as just as bad as the anti-Modernist witch hunts of the Pius IX and X.