WOW! AND OH HAPPY DAY! PLANNED PARENTHOOD IN AUGUSTA, GEORGIA GOES OUT OF BUSINESS--IS CLOSED BY THE FOR PROFIT DEATH CORPORATION! 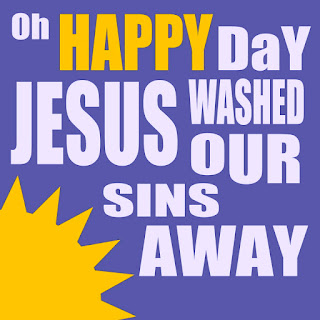 When I was pastor of the Church of the Most Holy Trinity in Augusta, I lived on the 300 Block of Broad Street, the residential part of what was once Augusta's most thriving street for commerce. On the 1500 block of Broad Street and on the same side of the street as the rectory was Planned Parenthood which provided thousands of abortions annually to women seek "care".

Catholics and others have peacefully and prayerfully protested that clinic for years and years.

The director of that clinic with an Italian last name, use to exercise right next to me on an elliptical machine in the health club we used. We would exchange good mornings and the like and then I would pray the Holy Rosary for the closure of the clinic and her conversion to become pro-life.

The prayers of so many in Augusta have been answered. I don't know, though, if the abortionist who exercised next to me had a conversion to the truth and love of God for all people, especially the most vulnerable unborn. I continue to pray for her conversion!

From this morning's Augusta Chronicle:

Augusta clinic no longer in operation


Planned Parenthood Southeast is no longer providing health care at the Augusta Health Center, 1289 Broad St., it announced on its Web site.

According to a news release, the operation was closed by the agency’s “commitment to fiscally responsible decisions which ensure high quality patient care.”

“In the shifting health care landscape both locally and nationally,” the statement said, “Planned Parenthood must constantly assess operational efficiency and identify how to remain strong, serving as many patients as possible over both the short and the long term. As a result, Planned Parenthood Southeast is redirecting resources to other communities within the established service area.”

The Broad Street office is normally closed on weekends, but there were no signs on its doors Saturday afternoon indicating a change in status.

The Augusta Care Pregnancy Center cheered the closure and said it will hold a news conference at 2 p.m. Monday to respond to the development.

“For 35 years, Augusta Care Pregnancy Center has prayed that Augusta Planned Parenthood would close,” the group said in an e-mail. “Thousands of pregnant mothers have been wounded, some physically and some mentally. God has answered many prayers of the Augusta people.”

My final comment: There remains an abortion facility less than a mile from my deceased mother's townhouse in West Augusta. Time is running out for it as prayer is powerful, but more powerful is God's grace!
Posted by Fr. Allan J. McDonald at Sunday, February 28, 2016

What is ridiculous about Planned Parenthood's statement in the news article is that it is redirecting its services to other facilities outside of Augusta. Augusta is a medical town with the Medical College of Church at Augusta University. There are several gigantic medical facilities in the metro area.

Apart from abortion, poor women can find medical treatment for women's issues in Augusta. Planned Parenthood simply profiting off the murder of babies and the poor women they convinced to have abortions.

Medical College of Georgia (not Church of course). I have church on my mind.

As the use of "Plan B" and "RU 486" increases, actual abortions will naturally decrease.

YES indeed, TBTG!!!
My husband and I have prayed at that abortion mill over 30 years. And, Father, did you remember that one of our beloved Diocesan priests who grew up in MHT Church wrote the special rosary prayers used every first Tuesday over all those years? The story of how these meditations and prayers came to him is remarkable. That prayer warrior remnant group (some now deceased) will be meeting one last time this Tuesday to hug and celebrate!

If you live in Georgia, contact you local State Senator about SB 308

The Positive Alternatives grant program will give supplemental funding to existing non-profits that already provide FREE pregnancy support services and that have a primary mission to encourage pregnant women to bring their children to term.

Please WRITE or CALL key Senators and Representatives in the Georgia legislature to ask them to SUPPORT and FUND the Positive Alternatives for Pregnancy and Parenting Grant Program.

Father, the Rosary group always meets at 11:30 a.m. I will email you if it is any different. Also, we just got this notice by email:
The Greater Augusta Chapter of the Georgia Right to Life will meet this coming Friday at 5:00 pm in front of the defunct PP building on Broad Street to celebrate its closing and give thanks in memory of the deceased unborn. This will probably attract more folks because of the time and multi-denominational calls put out today.
Most of us old-timers secretly doubted we would live to see this day, but always lived in hope. Now for the other abortion mill on the West side of town...!

Speaking of Augusta, I will be moving there soon with my wife and young children. I know there are a few Catholic parishes there. Which one would you recommend? We want to find a parish with solid catholic teaching and an appreciation for tradition, like we've seen at St. Joseph's. We've been living on the east coast for a short time now and are pretty sick of the 1970s felt banners and half-hearted social-justice-only teaching out here.

Anon at 8:08:
You ought to speak with Fr. McD privately about this issue...he will be able to fill you in about the parishes here giving the true positives and negatives of each without giving offense. The parishes are quite different and driving distances will factor in depending on where you will be living as well. Good luck and blessings on your family and the move.