DO YOU WANT TO DO HOW A TRADITIONAL, EXTRAORDINARY FORM CATHOLIC BEHAVES? LOOK TO JUSTICE ANTONIN SCALIA--PRE-VATICAN II IN THE BEST SENSE OF THE WORD AND SOMETHING THAT MUST BE RECOVERED! 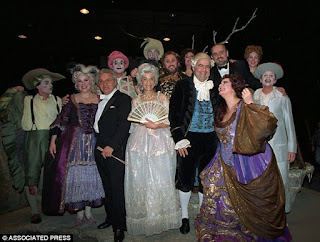 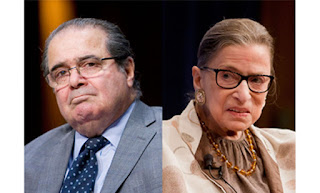 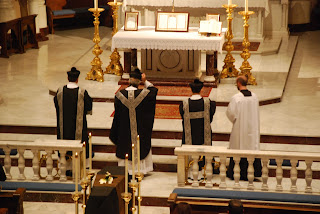 Justice Antonin Scalia was a traditional Catholic, what some would call pre-Vatican II. He preferred the Extraordinary Form of the Mass and the Catholic life as it was known before the confusion that has reigned in the Church after Vatican II.

The truest signs of a pre-Vatican II good and holy Catholic are the following:

A traditional Catholic of yesteryear embodied by Justice Antonin Scalia was someone secure in his faith, able to defend it and living the evangelical counsels of faith, hope and charity (love).

A traditional Catholic loves this life in moderation, can have fun with those they disagree and will party with saints and sinners.

"Though the liberal Ginsburg and conservative Scalia frequently sparred over judicial matters, they shared a deep friendship and respect for each other's intellect and wit."

Well Father when you are right you are right. I have much reflection and changes to make, beginning on my knees in the confessional.

For a while I was attending the traditional form once a week when there was no standard mass in the area that day that I was available to attend. I found it reverent but harder to follow as I don't really do Latin, but what really struck me is that the two forms of mass are actually more alike than different.

That of course makes perfect sense as the modern mass is derivative of the Extraordinary form.

With the assumption that Justice Scalia is at least in purgatory, perhaps it would be a good time to begin asking his intercession for our country. It would make perfect sense as he can do infinitely more good for it now that he could before