WHILE IN ROME THERE IS A CONFERENCE MOVING THE CHURCH FORWARD ON LITURGY AND THE NEW EVANGELIZATION THROUGH IT, HERE IN THE UNITED STATES THERE IS A PRIESTS' CONFERENCE FOCUSING ON FAILED INITIATIVES AND THE SAME OLD, SAME OLD, STUCK IN THE PAST, UNABLE TO MOVE FORWARD! 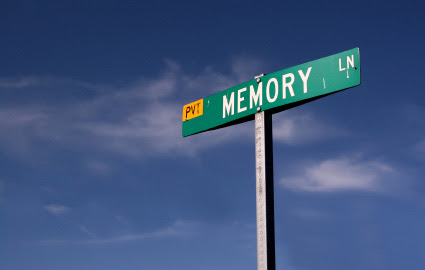 As seen below in two other posts, there is great news out of Rome with the Sacra Liturgia Conference and dynamic speakers assisting the Church to move forward with the new Evangelization and to leave in the past the thinking of the 1960's and 70's. This is great news and younger generations of clergy and laity seem to understand this.

Yet, here in the USA the Association of Priests is having a conference. They have very few younger priests and I doubt that younger laity know anything about them or want anything to do with them.

Here are some of their resolutions that passed (this generation is into structures and meetings and deliberating ad nauseam), what the pope decries as hot-house politics that prevent us from moving forward and away from self-referential ideologies stuck in the past:

You can find the full article over at PRAYTELL!

The Association of U.S. Catholic Priests passed six resolutions at the group’s second annual Assembly this week in Seattle:

--favoring exercise of authority in a collegial manner through consensus decision-making processes with councils and boards;
--supporting Pope Francis in the reform of the Church to restore credibility, with participation of laity and clergy in the selection of bishop;
--endorsing Cardinal Bernadin’s Common Ground Initiative to promote inclusive dialogue and collaboration;
--supporting the ordination of women to the permanent diaconate;
--encouraging the reintroduction of general absolution;
--supporting the Labor Priests Project of the National Federation of Priests’ Councils and establishing its own Priest-Labor-Union-Friendly Caucus.

Seven proposed resolutions did not pass (MY COMMENT: THANK YOU JESUS!):

--asking the US bishops to work to resolve the problem of precipitous decline in number of active priests;
--making the selection of bishops more transparent, with selection generally from the local presbyterate and proceedings not done in secret.
--seeking permission to use the 1974 Sacramentary;
--asking the US bishops to appoint a liaison to AUSCP and include an AUSCP delegate as auditor at its November meeting;
--supporting a plan for evangelization including diagnosis of why Catholics leave;
--calling for study and open discussion of women and married men in the priesthood;
--promoting sufficient time for presbyterate to determine its own interim leader when a bishop reaches age of resignation/retirement.

Two motions were withdrawn, one selecting a Priest of the Month and another decrying the annual collection for the Archdiocese for Military Services.

The only one I could possibly agree with is, "promoting sufficient time for presbyterate to determine its own interim leader when a bishop reaches age of resignation/retirement". It is just crazy how long it takes for the Vatican to find replacement bishops. I would add "transfer" to it, however, because the Vatican often transfers bishops away from smaller dioceses without appointing a replacement for a year or two. If they can't get the job done in a timely manner, then let priests elect the administrator!

See now, Father, you've mentioned the unmentionable - when you say they're old, you're agist. Or anti-opinion. Or something like that. Make the same comment over at PrayTell and the rabid pack will illustrate.

horrible lists, especially the ones that past. Sad days ahead for the Church in America where it seems the clergy have their heads in the sand

Unfortunately Marco, I'm one of those aging priests so I can get away with it! :)

I thought you said last week that the liberal left was unorganized. Doesn't this prove that they are more dangerous to Holy Mother Church than initially thought?

Carol H. - Don't mistake acronymned committees for organization. Plenty of folks like to organize themselves into an alphabet soup of bodies with fancy letterhead and eloquent spokespeople, but it doesn't mean they're organized.

If they get what they want (which is no more likely than permission to use an actual unrevised 1570 Missale) what will the Church call it?

The liberal groups are ragged tagged and all over the place as are some ultra traditional ones. The biggest difference is that the SSPX had an Archbishop who actually attended Vatican II and then ordained bishops. I don't know of any liberal groups that had/have a high profile bishop leading them and ordaining bishops.

"The biggest difference is that the SSPX had an Archbishop who actually attended Vatican II and ordained bishops". I would disagree. The biggest difference is that the SSPX is orthodox and the rag-tag-and-bobtail liberal groups are heterodox. The scandal is that under Paul VI the liberals were given free reign and the orthodox were persecuted. Paul realized too late the damage he had done which accounts for the torpor of his last ten years, punctuated with a few feeble attempts at damage-limitation.

Hans Kung was able to boast that the liberals were in control, just as Fr Gelineau SJ boasted as early as 1967 that he and his cronies had destroyed the Roman Rite. Plenty of people knew what was going on and were appalled, but lacked the will to stand up and be counted (and this includes men like Cardinal Siri). The exception, the St John Fisher of his day, was Marcel Lefebvre. It is hardly surprising that when he died senior figures including the Nuncio to Switzerland came to pray at his tomb. Cardinal Silvio Oddi, former Prefect of the Congregation for Clergy, arrived at Econe with little advance notice, and after praying at the late Archbishop's tomb, said in a voice audible to all those present "Merci, Monseigneur".

Actually, I doubt that any special permission is needed to use an actual 1570 missal in a TLM today, apart from those feasts that have been added since then (and a few spot changes such as during Holy Week). I understand that the altar missal used for the epochal solemn high Mass televised by EWTN and celebrated by the FSSP on the inaugural date 9/14/2007 of Summorum Pontificum was an actual circa 1570 antique missal. For the Mass of the Exaltation of the Holy Cross that day, not a single Latin word had been changed other than the 1961 addition of St. Joseph to the Roman canon.