Retired Baltimore Ravens center Matt Birk, who won a Super Bowl with the team last year, skipped the team’s visit to the White House due to President Obama’s support for Planned Parenthood. 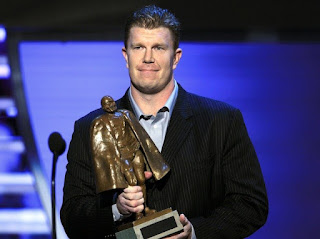 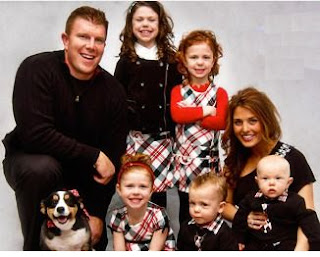 I copy this from Fr. Z's blog:

“I have great respect for the office of the presidency but about five or six weeks ago, our president made a comment in a speech and he said, ‘God bless Planned Parenthood,’” Birk, a former Minnesota Viking, told a local Minnesota sports blog. “I’m very confused by [Obama's] statement,” he explained. “”For God to bless a place where they’re ending 330,000 lives a year? I just chose not to attend.”

Kirk said he’s a pro-life Roman Catholic. “Planned Parenthood performs about 330,000 abortions a year,” he said. “I couldn’t endorse that in any way.”

Obama spoke at the national Planned Parenthood conference this year.

What an appalling thing to say. What an abomination.

MY COMMENT: When the President said that, that ended it for me. I have no respect for the person of the presidency at this time although I respect the presidency. President Obama is curtailing religious liberty, promoting unnatural sex and sticks God in the eye concerning marriage. He's monitoring our phone calls and internet usage and emails. He wants to force the Catholic Church to provide health insurance that provides artificial birth control, sterilization and abortifacients. He is not truly opposed to partial birth abortion and is rabidly pro-abortion and asks God to bless planned parenthood.

Welcome aboard. Some of us have been here since 2007.

you left off one thing, Father:

he is pro-Infanticide ('post-birth abortions')
~SL

His family is very orthodox and he has remained as such his entire life. He would often come over to St. Agnes for Holy Mass when he was home from Harvard and if he was available during his time from the Vikings.

I knew that he had boycotted the President, but it is good to see you give it some further exposure. When he was in high school, he would often join those of us from UST who would pray in front of the Planned Parenthood Mill on Ford Parkway. I could never get him to be a sidewalk counselor though (I headed up the UST group my junior year).

You should look up his OpEd piece in the Minneapolis Star and Sickle (oops, I mean Star Tribune). It is masterful, regarding the opposition to so-called gay marriage.

I'm not surprised to hear this from you, Father. I commend you for your blunt assessment of our fraudulent president.

Where are our other priests?

Where are all of our bishops?

Why the continual silence?

Why can't we get our clergy on the same page about moral leadership?

If the Catholic Church operated the way it used to and stopped trying to practice PR (and doing a lousy job of it at that) politicians like Obama would never get elected.

It is laudable to see a Football use the venue avalable to him to provide a witness to Our Faith. It is what we are all called to do.

Now if we can just get Priest and Bishops to use the venues available to them to do likewise we'd be a lot better off.

Obama is a moral moron and an incompetent ninny. He is the first affirmative action president and the (I hope) nadir of the American experience.

You are naïve if you are just discovering that your phone calls and emails are being monitored. While this is not the first administration to engage in this level of surveillance, and while I suspect it has been going on longer, the Patriot Act and the FISA courts have amplified this oversight exponentially.

As has been widely reported, Catholic institutions have been providing insurance coverage for morally suspect and morally wrong medical procedures for, again, decades. Recent revelation indicated such in the Archdiocese of New York under Cardinal Dolan.

Blaming this on Obama is misplaced.

I can agree with Anonymous that Obama is the end result of such hypocrisy and double standards, as well as the ignorance of the American public regarding their own Republic and Constitution. That still doies not let Obama off. He is Leftist scum.

Not related, but I just want to share this little gem:

:O It's the best vernacular Novus Ordo I've witnessed besides Papal Masses outside the Vatican celebrated by Pope Benedict.

Father, you'd do well to share this video of this young priest celebrating Mass in a manner that is simple, extremely reverent, without pretense, and oh so Roman.

It's really quite fantastic and I'd drive a hundred miles to attend this every Sunday without hesitating. If I had reliable transportation, that is! I weep.

ytc,
Where is that Mass celebrated??