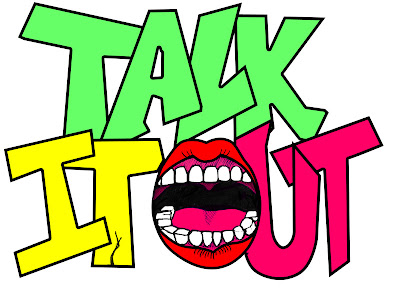 Recently Pope Francis told personnel of the Jesuit journal La Civilta Cattolica (Catholic Civilization), which is published in Italian from Rome to build bridges, not walls all the while remaining faithful to Holy Mother Church and her Magisterium, meaning the pope and the bishops in union with him.

He used three words for them to accomplish this task: dialogue, discernment, and frontier.

1. Dialogue: Through dialogue it is always possible to get closer to the truth, which is a gift of God, and to enrich one another.” Pope Francis reiterated that dialogue means “being convinced that the other has something good to say, making room for their point of view, their opinion, their proposals, without falling, of course, into relativism. For dialogue [to exist] it is necessary to lower the defences and open the doors.”

2. Discernment: Seeks to recognize the Spirit of God's presence in human and cultural reality, the seed already planted by his presence in events, feelings, desires, in the deep tensions of our hearts and in social, cultural, and spiritual contexts.”
Mentioning Fr. Matteo Ricci, S.J., as an example, Francis observed that it is necessary to keep open hearts and minds and to avoid the spiritual illness of self-referentiality. Even the Church, when it becomes self-referential, gets sick and old. May our gaze, well fixed upon Christ, always be prophetic and dynamic towards the future. In this way you will always remain young and daring in your reading of events!”

3. Frontier: Be men of the frontier, with that qualification that comes from God. In today's world, which is subject to quick changes and is shaken by questions of great importance for the life of faith, it is urgent to have a courageous commitment to educating a convinced and mature faith that is capable of giving meaning to life and of giving convincing answers to those in search of God. This means sustaining the Church's activity in all the areas of her mission.

MY COMMENTS: At the risk of being self-referential, aren't blogs, like this one, a way to dialogue with people of different perspectives. I would like to welcome different points of view, but sometime those who comment go after people rather than debate ideas or worse yet, want to run off those with differing perspectives. How can we dialogue with those who are different than us when we want to shut them down? Please, folks, be civil, critique ideas, not people, debate and dialogue.

In terms of discernment, how do we live with a culture that seems to be diametrically opposed to the Church and her God and yet there is some good? The whole "gay" debate for example isn't just about evil but people of good will trying to make life better for those of same sex orientation. Keep in mind, that even 20 years ago, it would have been unthinkable for a priest and Catholics to speak of helping those with gender confusion or same sex attraction to know that they are loved by God. Do we use language that pushes our young people away or attracts them to Christ.

For example, our young people who are heterosexual do not like seeing their friends who have same sex attractions derided or marginalized by a generation that is fearful of homosexuality and overrates their negative effect on society. Our young people have a live and let live policy. How do we uphold the Church's teaching and yet dialogue with culture and yet remain faithful to Christ?

Let me share with you my vision of moving forward in today's Church. Liturgically I do believe in a certain amount of pluralism. I am all in favor of the reform in continuity that Pope Benedict kicked into high gear but I don't want to go back to the rigid authoritarianism of the 1950's when adult laity were treated as children and kept infantile. I don't want to be so wrapped up in robotic rubrics that humanity is stamped out in the actions of the priest and assembly for Mass.

What I love about Pope Benedict's reform in continuity is that he made us feel good again about our religious heritage and that what preceded the Second Vatican Council had overwhelming good with some dark spots. And isn't that true today, especially with the major problems in the Roman Curia and yes, in the post-Vatican II Church?

So I love the EF Mass but I love the OF Mass and realize that the OF Mass is going to be the Mass that most Catholics love and prefer. But the OF Mass needs the solemnity and reverence of the EF Mass even with its noble simplicity and encouragement of verbal and sung participation--it wouldn't take much to make the OF Mass more in continuity with the EF from which it morphed. This is desirable. Going forward with this means we might make some mistakes, ruffle some feathers, even the bishop's feathers, but forward we must go, not backwards to a time prior to the EF's liberalization or the reform of the reform.
Posted by Fr. Allan J. McDonald at Monday, June 17, 2013

There is nothing wrong with a group of like-minded people forming a blog or forum in order to discuss Liturgy, theology, etc. without having to deal with interlopers who barge in with contrary and often hostile comments and opinions. This blog began that way (whatever Fr.'s original intentions) and it was a great place to learn about the history of Liturgy, the Mass, the rubrics and to discuss the TLM and the NO's shortcomings. Then Ignotus popped up, with his antagonism toward Fr. and others on the blog and his thinly veiled contempt for the TLM and Pope Benedict. A few others followed. It completely changed the atmosphere here, and not for the better.
I have no problem with private clubs of any kind. People of like interests and background have a right to exclusivism if that is what they desire. Now, that may not have been Fr.'s original intent, but I would have preferred it to have remained that way.
I am a moderator on a couple of forums that are intended for like-minded people with common interests and backgrounds. I do not hesitate to ban trolls and interlopers with an agenda...it is fun...I like it. Fr, you should try it.

What does all this even mean? I think we have a tendency to talk about big boy level stuff even though, really, our training wheels are still on.

What is the point of all this? Is it to convert the world? If not, it's useless. Yes, I do feel the need to ask that question, because IMHO we tend to not even agree on those things.

I think this can be very dangerous. Our young people are unable to defend themselves, much less our Faith, in these sorts of encounters. Even if their intuition is strong and they realise they are of a given opinion, all they have done is affirm (hopefully) that they are Catholic. This does not proselytize the rest of the work and could have the unintended effect of giving the false impression that Christianity is superstition.

People should live out their Faith, but should be cautious of engaging in discussions beyond their ken. This blog is a good example of that problem, but in this environment we are 'preaching to the choir' from a faith perspective and working through affirmation. The average person has been so brainwashed by secular relevant thinking, especially with regards to sex, that they actually believe it is a form of oppression to keep people from being sexually exploited.

To use Pope Francis' imagery: I recommend that we do a little education and training in camp, first, before we go into the field and get clobbered. Think Children's Crusade. (don't fixate on the historiographical)

"what preceded the Second Vatican Council had overwhelming good with some dark spots. And isn't that true today, especially with the major problems in the Roman Curia and yes, in the post-Vatican II Church?"

As one who actually loves both forms of the Roman liturgy--at least textually, if not equally as typically found in practice--it seems to me the difference is this:

Before Vatican II the dark spots were so tiny as not to be visible to the average pew Catholic, certainly of no everyday concern, who saw the Church as entirely good.

Whereas now they are so pervasive as sometimes to overwhelm perception of the much good that is indeed present in the Church. Even among folks in an ordinary parish, people in a parish where I'm seen on weekdays (but never at OF Mass on Sunday) who would never be seen at an EF Mass, these ubiquitous "dark spots" are common currency.

It will be no surprise to anyone that I_really_like this post!

When Jesus sent His disciples in twos, He told them that if anyone refuses to hear them, that they should leave. I take this to mean that we are to proclaim the truth, not debate it. The truth is not up for debate, it just is; accept it, or not.

Am I wrong to live this way?

Pin/Gene - This is a public blog that welcomes comments from the public. Your bemoaning my presence here is a little like going to the beach and whining about the presence of sand.

I bear no antagonism toward Good Father McDonald. Allan and I disagree on certain things, but we do so as friends and brother priests.

I "popped up" here in response to your comments, not Fr. McDonald's.

If you don't like the sand, stay off the beach!

Actually, Ignotus, this is a private blog owned by Fr. MacDonald. He can shape it any way he pleases. You continue to say one thing while your posts and responses on the blog indicate another. But, prevarication is your strong suit.
I love the beach and am going there this weekend. Sand never bothers me...it is the sharks I worry about...sort of the ocean equivalent to wolves in the sheepfold...