THE NEW STATE RELGION, GODLESS SECULARISM AND ITS "NO" TO MERCY AND FORGIVENESS 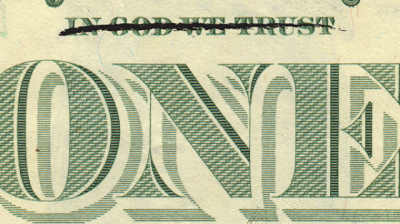 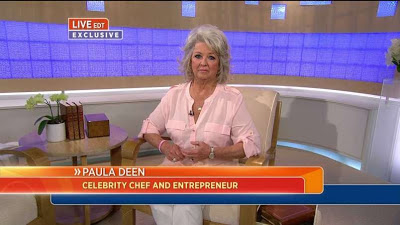 There is no doubt about it, the times,they have changed. The United States of America has an official new state religion and it is godless Secularism based upon the Humanist Manifesto (press here to read it). Godless Secularism elevates the human individual into a god and makes the worship of the individual the centerpiece as it shunts the common good to the periphery as well as forcing authentic religion and her true God into the private and personal never to influence the public.

This new state religion influences in powerful ways the politics of this land and many politicians including Catholic ones have converted to it. It affects dramatically the current occupant of the Executive Branch and it has divided the Judicial Branch as seen by the repeal of the Defense of Marriage Act on June 26th. The Legislative Branch is thoroughly infected too having embraced the Church of godless Secularism's tenants.

Apart from the gall that the state has in its wedding dance with godless Secularism to actually redefine the nature of marriage and thus ridicule the entire institution, it has little or no room for mercy or forgiveness. This is a new form of paganism and it is as puritanical as the Puritans ever where, in fact the Puritans would blush at how puritan this godless secularism is.

The case in point would be Paula Deen. She used a racial slur over 30 years ago and admitted it under oath when she could have lied about it. In fact in her interview with Matt Lauer of the Today show he asked her why she just didn't lie about it. She said she is an honest person and despises two types of people, thieves and liars.

But I ask, what crime did Paula Deen commit in using this racial slur? And when she is asked about it under oath in a separate litigation, she is honest about it and she profusely apologizes for it. Yet, she is on trial for using it when she has committed no crime and the godless secularism establishment, meaning the liberal mass media, entertainment masked as news, continues to shove her face into the poop of her indiscretion.

Do we really want godless secularism to be our state religion? Do we want its merciless puritanical approach to its double standard concerning sin?

Think about Comcast which owns NBC and all the networks that provide entertainment to our homes. They pipe into our homes all kinds of good things, but awful things too, including the most crass forms of pornography which makes them more bucks than they can count. Think about the music industry, especially rapers, and how derogatory the lyrics in their so-called art and sexually explicit they are and yet they get a pass, no one does to them what Matt Lauer did to Paula Deen yesterday.

But think of the once forbidden words that could not be uttered on broadcast TV or even in the movies, "damn" which is quite mild, but then once Rhett Butler said it, it became common place and led to even more crass explicatives.

What if Rhett Butler in 1939 had not only said, "I don't give a damn" to Scarlet O'Hara but then called her a bi-ch?
Isn't the use of both "b" words as bad as the "n" word and as derogatory toward women and men? How many times do we hear it on television and no one blinks an eye. Why aren't the networks and their producers held to the same level of puritanical morality as Paula Deen?

And, God willing, when the networks begin to see how derogatory the "b" word is toward women will someone who says it today, 30 years from now, be held to the same level of accountability as Paula Deen who used the "n" word 30 years ago and will the godless secular establishment go after that person in the same way as they are going after Paula Deen for what she said 30 years ago?

And now, we even see and partially hear the f-bomb the most derogatory name for the "marital act" there is and a violent word when it comes to this act with someone else, a demeaning word that reverses the true nature of the marital act between a man and a women in a life long committed true marriage. No one blinks an eye at this crass derogatory use of a word that demeans the marital act and to whom the word is directed.

Hypocrisy is the foundation of our new state religion, godless secularism. God help us!

On a previous post on Paula Deen one of my commenters, Sidney Falco said:

There are two "bigotries" that will not be tolerated in the psuedo-morality of the liberal establishment: Racism and anything anti-gay. Just look at Mel Gibson. There are still actors, producers and directors who refuse to work with him, no matter what he does.

There is surely a double-standard, and we must not be a part of it. Jesus Christ came to bring Mercy to everyone, regardless of their sins. You can recognize the counterfeit morality by its refusal to forgive.

Paula Deen is embarrassing and just listening to her makes me cringe. However, you cannot convince me that the very liberals who will be mocking and denouncing her for the next several weeks are any less bigoted. We ALL need God's mercy. When we deny that, there is no choice left but to scapegoat. Deen is just the latest.

Compare the new state religion of godless secularism and its mercilessness to Pope Francis and his continual call to seek God's mercy and forgiveness. "God never grows tired of forgiving us although we grow tire of asking for it."

You are not allowed to be passive in thee times. If you forgive a person like Deen, you are siding with her. If you are silent, you are suspect. You must confirm your solidarity with the values of our government. You must pick the stone and hit her or you will get the same.

Here's a summary of some of the things being alleged against Paula Deen, her brother Bubba Hiers and the Deen business entities: Summary:

Paula Deen, while planning her brother's wedding in 2007, was asked what look the wedding should have. She replied, "I want a true southern plantation-style wedding." When asked what type of uniforms the servers should wear, Paula stated, "well what I would really like is a bunch of little n*ggers to wear long-sleeve white shirts, black shorts and black bow ties, you know in the Shirley Temple days, they used to tap dance around;

Black staff had to use the back entrance to enter and leave restaurant;

Black staff could only use one bathroom;

Black staff couldn’t work the front of the restaurants;

Brother Bubba stated his wishes: “ I wish I could put all those n*ggers in the kitchen on a boat to Africa”;

Bubba on President Obama: they should send him to the oil spill in the Gulf of Mexico, so he could n*gger-rig it;

He shook an employee (Black again) and said” F your civil rights…you work for me and my sister Paula Deen;

Paula’s son Jaime's best friend managed the Lady & Sons restaurant. He threatened to fire all the 'Monkeys' in the kitchen. When Paula found out…she slapped him on the wrist and suggested that the employee visited Paula's $13,000,000 mansion so he felt special and could be massaged