REMEMBER YOU ARE DUST AND UNTO DUST YOU SHALL RETURN

This may well be what the next Holy Father may model for us and promote untiringly for the reform of the liturgy in continuity and ever faithful to Vatican II and Almighty God, we can hope and pray:


Yes, traditionalists who love the 1962 missal are somewhat concerned about the disposition of the next Holy Father toward their legitimate desire to be able to celebrate this Mass and freely so. And yes, since Summorum Pontificum, the celebration of this Mass has spread to many places, but still remains a small minority. In the post below we can compared the number of parishes worldwide in terms of percentage which celebrate the EF Mass on a regular basis to the percentage of current Cardinals eligible for the papacy in terms of percentage. It is more than likely the same or the Cardinal's percentage may be higher!

So what is the true legacy of Pope Benedict XVI when it comes to the reform of the Mass in continuity?

First of all, we must keep in mind that the Holy Father since becoming pope has never celebrated the EF publicly. Has he done so privately with a small group? I do not know.

Secondly, what he has modeled is fidelity to Sacrosanctum Concilium in how the Ordinary form of the Mass is to be celebrated. It is here that I think we have a higher percentage of cardinals, much higher in fact, who are on board with Pope Benedict's vision of the post Vatican II Mass--reform in continuity. This will continue I believe.

So even if the next pope does not encourage the EF, he more than likely won't discourage it either. The status quo will remain.

For those who think the 1962 missal will become the norm once again, that is a pipe dream, but I won't make predictions about the mind of God.

I think the two things that may change will be the revision of the Penitential Act to be more like the Prayers at the Foot of the Altar and probably based on the 1965 missal, with the proper placement or traditional placement of the Kyrie which is always sung or said even for funerals and nuptial Masses as it is intrinsic to the order of Mass and by itself, freestanding, is not penitential, and a return to the traditional offertory prayers. I don't see anything else more radical apart from the tweaking of the calendar which the Anglican Usage already has done in a wonderful way and encouragement of ad orientem or the codifying of the traditional altar arrangement even when facing the sacred assembly.

I think the propers of the Mass will be mandated once again. Of course I don't believe the revised lectionary will be suppressed ever, but the Gradual will be a legitimate substitution for the Responsorial Psalm.

I truly believe the Mass that the Chant Music Association of America had here in January is what the Mass of the future will look and sound like even if completely in the vernacular. I don't think we'll every go back to a completely mandated Latin Mass, although Latin will always be an option for any Mass in the Church.

So the propers as well as the other parts of the Mass could be in English or Latin depending on local decisions of pastors.

But this is what I foresee in the future for most parishes and this is the direction of the Liturgy the new Holy Father will certainly kick up a notch, God willing as evidenced by the above CMAA video above.

And remember, if we don't get what we want, we must accept what the Lord gives us including the Holy Cross. Remember you are dust and unto dust you will return. The same is true also of the earthly liturgy!

Everything and everyone one is passing away. Remember you are dust and unto dust you shall return! 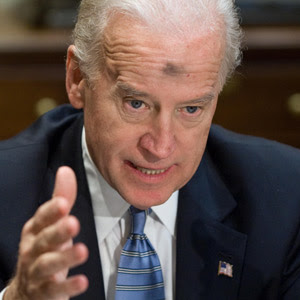 You ask, "So what is the true legacy of Pope Benedict XVI when it comes to the reform of the Mass in continuity?"

It is an interesting question. One in which I think that serious conversation could be had.

Regarding the liberation of the TLM, I think that he will go down in history as one of the great Pontiffs of all time. He unstuck a wicket which had been sticky for 38 years in total and 23 years in practice. That says a lot.

Even if he wasn't able to completely reconcile with the SSPX, he made it clear that they should be taken seriously and not simply dismissed as either a schismatic group or a "neo-Protestant" sect.

All of this ties together. All of this will be part of his liturgical legacy. I think that while the secular media calls him a failure, the Church will call him one of the greatest pontiff's ever! Just give it time.

I don't think that this is something to be hoped for -- and it is a vision that you will find little sympathy for among traditionalists.

If anything, what is to be hoped for is for those attached to the EF to be given a separate juridical structure -- perhaps an ordinariate, but more appropriately, a church sui iuris

When we speak of "another Roman Missal" which is a hybrid of the EF and OF, we are speaking of something that is trying to yoke two groups that are more properly separate ritual groups. What you say might be true if we were only speaking of the Mass, however, the EF and OF differ not only in the Missal itself but also with regard to:
- Lectionary
- Calendar
- Breviary
- forms of other Sacramental rites
- spirituality
- theology of liturgical presiding
- penitential discipline
- minor orders (which were only suppressed in the Latin Church post-Missal of Paul VI)

Perhaps the only thing where I have found disagreement with our dear Holy Father is the idea that the EF and OF are "two forms of one Roman Rite" --- it was a clever "fiction of the law" that I am grateful for, but the way it has played out over the last five years makes it clear that it is a transitional stage so that the Usus Antiquor had a place of legitimacy -- a "seat at the table", so to speak. But because the issue is not only one of the Mass, such a situation MUST be temporary.

I think that we as Latin Rite Catholics would be in denial if we could not admit that Bugnini's Consilium likely created a new rite -- perhaps rightly called the "Usus Universalis" a rite for modern man based on the theology of Vatican II and drawing from the wider liturgical tradition of the Church -- mostly Roman, but also Ambrosian, Gallican, and Eastern, as well as the offertory based on Jewish blessings. If we frame it in light of that, the Missal of Paul VI (which is and would remain the majority Missal in the world) is a fitting development that need not be vilified (as has commonly been done by many traditionalists in the past).

Whether or not the Missal of Paul VI should be revised (for example to have options for a penitential act and offertory more in line with the Roman tradition) is another story, and should be examined on its own merits. Certainly here, "reform in continuity" has meaning, because the root of this "Usus Universalis" is the Roman Rite.

Whether or not the Usus Antiquor ought also be revised (for example to regain the ancient offertory procession, or to excise the Bugnini-inspired modifications to Holy Week) is also another story, and ought to be examined on its own merits. Here, I would propose, any type of reform should be considered along the same lines as that of the Eastern Rites -- such that Western Catholics firmly attached to the ancient expression of the Latin Rite can "be firmly convinced that they can and ought always preserve their own legitimate liturgical rites and ways of life, and that changes are to be introduced only to forward their own organic development" (Orientalium Ecclesiarum 6).

P.S. This is the reflection of thoughts that I have been kicking around in my mind for some time; I would be happy if you have any thoughts.

I recently watched a video online from Catholic TV and it showed Pope Benedict celebrating Daily Mass in his private chapel, in his residence. There was only one altar and not one you could stand behind and face the congregation. His secretary priests celebrated the early morning Daily Mass with the Holy Father. I am still learning about the EF Mass, so maybe it was or maybe it wasn't what the Holy Father was celebrating. By the way, Father McDonald, did you get your e-mail problem fixed or have you been practicing giving up e-mail for Lent? God Bless!

Clarence is spot-on in his analysis. It's interesting to look at what the aspirations regarding the next papacy are from those on the other side of the liturgical fence (not counting the "mad Bills" of the PTB or the unhinged Romophobes who infest the NCR combox).
1. The pre-SP conditions for the TLM to be restored.
2. Optional use of the 1973 ICEL texts pending a "better" translation.
3. Ad orientem to be discouraged as it doesn't allow the priest to be a "liturgical presider".
4. Any increase in the use of Latin to be discouraged; not simply because people don't understand it, but because it makes the liturgy more objective.
5. Anything that they regard as "performance music" (which would mean all but the simplest chant, and all polyphony) to be discouraged.
6. The new pope to set an example by replacing Guido Marini and abandoning the "barockery" which has increasingly been in evidence in papal celebrations.

They are unlikely to get point 1 in the short term but they are already hopeful about point 2, and points 3 to 6 are certainly achievable.

"They" will not get 2 because this is according to JPII's Apostolic Constitution. It is already vetted by the Church's strongest form of Papal document, and unless the new Pope is going to come out with new guidelines, nothing is going to change.