EVEN A SCHISMATIC NEWSPAPER CAN GET AN EDITORIAL RIGHT 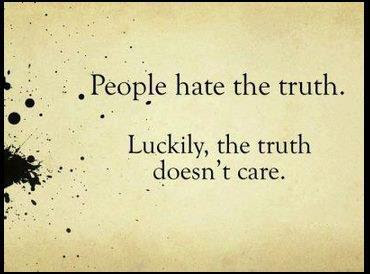 The National Schismatic Reporter gets it right! If only they would take responsibility, not for bishops who covered up sexual abuse, but for dissent in matters sexual that gave license to perverted priests who abused children and justified it according the the Gospel of the National catholic? Reporter and then followed the Nc?R's corrupt moral theology that one can follow their corrupt conscience in birth control,homosexuality, fornication and by extension of that in violating children and teenagers!

Read the Nc?R's very good editorial here on Archbishop Jose Gomez of the Archdiocese of Los Angeles. Just pray they repent for their part in instigating the abuse of children through their moral dissent! Press here!
Posted by Fr. Allan J. McDonald at Saturday, February 02, 2013

Father, I just love this quote. Thanks for sharing it with us. I will try always to remember it and, when appropriate, to pass it on.