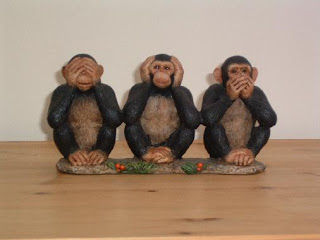 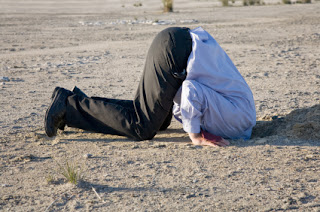 The prophetic ministry of the papacy as now being exercised by Pope Benedict in his final days as the Successor of St. Peter

First we must understand prophesy as the Catholic Church does. Fr. Felix Just, SJ, states it succinctly. "Contrary to what many fundamentalist preachers or late-night radio hosts would have you believe, biblical prophecy is not primarily about "predicting the future" or finding clues in the Bible that correspond to people or events in our own day and age! The prophets of Ancient Israel did not look into some kind of crystal ball and see events happening thousands of years after their own lifetimes. The books they wrote do not contain hidden coded messages for people living in the 20th or 21st centuries!

Rather, biblical prophets were mainly speaking to and writing for the people of their own time. They were challenging people of their own world, especially their political rulers, to remain faithful to God's commandments and/or to repent and turn back to God if they had strayed. They were conveying messages from God, who had called or commissioned them, rather than speaking on their own initiative or authority. However, because the biblical prophets were transmitting messages on behalf of God (as Jews and Christians believe), much of what they wrote for their own time is clearly also relevant for people living in the modern world. The overall message of faith and repentance is timeless and applicable in all ages and cultures."

Apply Fr. Just's explanation of prophesy to the Pope's talk to the priest of his diocese as the Bishop of Rome and to would-be priests in a talk that is just now being translated from Italian into English. You can read a fuller version from the Rorate Caeli Blog by pressing here.

Now in that lesser language, English:

The false optimism was the post-Council optimism, when convents closed, seminaries closed and they said “but... nothing, everything is fine!”.... No! Everything is not fine. There are also serious, dangerous omissions and we have to recognize with healthy realism that in this way things are not all right, it is not all right when errors are made. However, we must also be certain at the same time that if, here and there, the Church is dying because of the sins of men and women, because of their non-belief, at the same time she is reborn. The future really belongs to God: this is the great certainty of our life, the great, true optimism that we know. The Church is the tree of God that lives for ever and bears within her eternity and the true inheritance: eternal life.


MY COMMENT ON THE HOLY FATHER'S ITALIAN: In Italian the pope uses an Italian expression, "Ma...niente, va tutto bene," which translated above, But...nothing, everything is fine!" But in Italian you must listen to the voice inflection of "ma...niente." The voice inflection ridicules the prophet who is in fact stating something that is very serious and quite something,"that everything is not fine." The voice inflection of the "ma niente,... va tuuto bene" is a mocking of the one who is concerned and the mocker's voice inflection makes clear that he is quite dismissive of that person's actual and true concerns. The one saying dismissively "ma niente" epitomizes the old proverbial burying one's head in the sand, or the three monkeys of "see no evil, hear no evil, speak no evil" although evil abounds for the senses. "Ma niente," as determined by voice inflection and attitude is "so what! it's nothing, don't worry, be happy!"

This little phrase in Italian, "Ma...niente, va tutto bene" captures the essence of progressives after Vatican II and up until this very day and the false security they imposed on the Church, like the ostrich and the three monkeys! What a pope we have! And boy oh boy, his words are really for the Cardinal electors, make no mistake about that!
Posted by Fr. Allan J. McDonald at Sunday, February 17, 2013

The recent words of the Pope came back to me today during the Epistle Reading:

"Behold, now is the acceptable time; behold, now is the day of salvation. Giving no offence to any man, that our ministry be not blamed: But in all things let us exhibit ourselves as the ministers of God, in much patience, in tribulation, in necessities, in distresses, In stripes, in prisons, in seditions, in labours, in watchings, in fastings,..."

Now what are the odds this Pope knew these lessons were coming and used his retirement as a way to focus attention on himself and preach these very lessons people might otherwise just mumble and passover?

Also, FWIW, I do NOT think Pope JPII 'stayed too long' and that this Pope is showing him how it's done. I think the Shepherd has various challenges and JPII was compelled to show the need to respect life in all stages. He bore is infirmities with a dignity that can only come from a Life that cannot be ignored or wiped away. This Pope is teaching us the value of humility that can be lost on those of us living in hubris.

Father, allow me to pick a nit: prophecy is the noun form; prophesy the verb. Therefore our Holy Father prophesies, he does not prophecy.