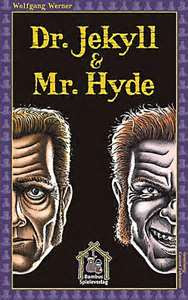 When I was in the seminary, most of our professors were excellent teachers. One of the methods they would use, and this was most helpful in the 1970's was to contrast or make a dichotomy between the theology of the pre-Vatican II Church and what Vatican II's theology was. There was in many cases a clear dichotomy and in their minds in the 1970's this dichotomy would lead the Church down a completely different path than the road once taken. Of course as a 22 year at the time, the pre-Vatican II Church even to me in 1976 seemed like ancient history, so long ago, although at that point in my life it had only been 10 to 15 years previous! To this 59 year old today, 1980 seems like yesterday! My how one's perspective changes in terms of the continuum of time.

I use this anecdote to show how Pope Benedict often uses this hermeneutic of dichotomies to make his brilliant points. We have already seen how he contrasted the actual Second Vatican Council with the false one, which he names the "Council of the Media." He seems to believe that mostly we have instituted the Media's vision of the Council rather than the actual one a false vision or implementation for the actual and real one, which is only now being implemented.

I do have some problems with the term "Council of the Media" because it makes it sound like the media intended to manipulate the Council. What I think actually occurred is that ill-informed Catholic clergy, religious and theologians presented this alternative council and the media was used by them and the media used them to put forth a more progressive Church that Vatican II never envisioned.

Some of this was done unwittingly and perhaps those clericalist Catholics actually thought they were being faithful to Vatican II. I don't know. But certainly even by 1968 and the great rebellion against authority in society and against law in general, but also in the Church as exemplified by the rebellion against Humanae Vitae, we see the clericalism of the left or the progressives hijacking the Council and making the Church into a marshmallow rather than the rock of certitude she had been prior to the Council. There are famous now either dead or dying celebrity priests and theologians of this period, such as the Berrigan brothers, Charlie Curran, Hans Kung and Joan Chittister, but many others who have long sense faded from anyone's collective memory. Make no mistake about it, these Catholics and in the most clerical way made good use of the media, whether secular or religious to put forth this so-called "Council of the Media" that Pope Benedict uses to describe the anti-Council of this epoch.

We see in the following statement or summary of Pope Benedict's teaching on the "filth" in the Church, which is another word for "mortal sin" the same type of hermeneutic of making dichotomies to illustrate a teaching point:

In speaking about the homosexual abuse of teenage boys by homosexual priests what is properly called ephebophilia (in contrast to the smaller problem in the priesthood but more pathologically sinister abuse of small children, which is pedophilia) the Holy Father recalls: “Yes, it is a great crisis, we have to say that. It was upsetting for all of us. Suddenly so much filth. It was really almost like the crater of a volcano, out of which suddenly a tremendous cloud of filth came, darkening and soiling everything, so that above all the priesthood suddenly seemed to be a place of shame and every priest was under the suspicion of being one like that too."[16] It was mostly about such clergymen that he referred to while still a Cardinal during the famous Way of the Cross at the Colosseum in 2005, shortly before the death of John Paul II and his own election as Pope: “Should we not also think of how much Christ suffers in his own Church? ... how often must he enter empty and evil hearts! How often do we celebrate only ourselves, without even realizing that he is there! How often is his Word twisted and misused! What little faith is present behind so many theories, so many empty words! How much filth there is in the Church, and even among those who, in the priesthood, ought to belong entirely to him! How much pride, how much self-complacency! ... We can only call to him from the depths of our hearts: Kyrie eleison – Lord, save us (cf. Mt 8: 25)”. The Pope also said: “The greatest persecution of the Church comes not from her enemies without, but arises from sin within the Church”[17]. He knew what task was awaiting him, and taking office on April 24, 2005, said: “Pray for me, that I may not flee for fear of the wolves”[18].

The greatest persecution of the Church comes not from her enemies without, but arises from sin within the Church.

My final comment: Obviously the enablement of immoral and pathologically perverted behavior in the Church is ultimately to be laid at the feet of bishops who were incompetent to handle these issues in their clergy or complicit in it. With the awareness the Church today has of this and quite frankly through the "Magisterium of the Media" it would be all the more inexcusable for this type of behavior from bishops in terms of enablement to continue and not to be held unaccountable to the Church, to society (law enforcement) and to God.

So I would not completely lay the blame for how things went sour on the media because used correctly and the media functioning as they should can assist the Church in her work and her reform which the "Council of the Media" (either religious or secular) has done in reporting the sex abuse crisis. That is a dichotomy worth studying too!

The "media" the pope refers to are just arms of something bigger that will always be opposed to the Church: The World, The Flesh and The Devil (WFD). Unfortunately, some bishops at the Council were dupes of their enlightened "experts" while others were devoted to destroying the Roman Liturgy altogether and used the ambiguous language of the documents to attain their end. However, the pope's words are making the dirty secret of the Council explicit once and for all: It WAS hijacked.

In short: Rather than saying that the media manipulated the Council, it seems more accurate--for instance, from historical sources like "The Rhine Flows into the Tiber"--to say that the various progressivist "experts" manipulated the media in presenting a misleading picture of the Council to the public.

It might also argued that these progressivist "experts" manipulated the Council itself. For instance, they were closely associated with the writing of the conciliar documents which combined orthodox doctrine to satisfy the largely conservative bishops of the Council, with pastoral recommendations that could be used in manipulating both the media and the subsequent implementation of the Council.

Henry, from my own recollection of the times, the media had already an agenda of their own with respect to the Church. Progressives certainly stirred the pot, but little effort was needed.

Remember, the media were fresh from their frenzied fears about the possible election of a Catholic as president, so they may even have believed they were sufficiently educated on the to express an opinion.

I think that Fr. Wiltgen wrote an excellent account of the events at the Council, possibly even the only reasonable accurate account available to us. But we must remember that the Liturgical Movement had been experimenting, with or without explicit approval, for some time. And I think that when the Council was convoked, there were many people primed for the opportunity to affect the outcome in any way they might.