GOD'S NEW ROTTWEILER, PREFECT FOR THE CONGREGATION FOR THE DOCTRINE OF THE FAITH, ARCHBISHOP GERHARD LUDWIG MüLLER, TELLS IT LIKE IT IS 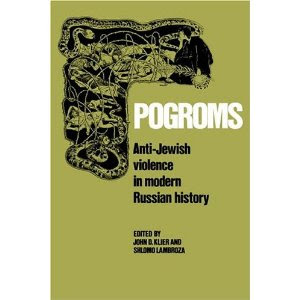 MY COMMENTS FIRST: The Catholic Church will not capitulate to secular culture, to secular governments, to anti-Catholicism! The Catholic Church will not capitulate to Catholic dissenters, period! No women priests; no same sex marriage; no to ignorance of the truths of the Catholic faith; no to decentralization and diluting the unity of the Church through super congregationalism of dioceses and national conferences of bishops! And no to the "Lefebvrians" a word not unlike "Lutherans" in the sense that the Church will not wait forever for them to return from their dissent and schismatic actions in Church governance and acceptance of the complete Magisterium of the One, Holy, Catholic and Apostolic Church.

And what is the sacramental theology that the good Archbishop uses that says that the Catholic Church will never be able to ordain women? Well it really is based upon Scripture, Tradition and Natural Law and is summed up in this his statement (one that I have consistently use, BTW): "The problems Müller was referring to are for example, the requests by the laity for the priesthood to be opened up to women: this “is not possible,” not because women are worth less than men, but because “it is in the nature of the Sacrament of Order for Christ to be represented within it as husband in relation to wife.”"


From the Vatican Insider's article here, it is reported that Archbishop Müller compares mood toward Catholic Church to anti-Jewish pogroms (i.e. pogroms is a Russian word designating an attack, accompanied by destruction, looting of property, murder, and rape, perpetrated by one section of the population)

The Prefect of the Congregation for the Doctrine of the Faith launches an attack from the columns of German daily “Die Welt”: North America and Europe are involved in a "concerted campaign" to discredit the Catholic Church.

The Prefect of the Congregation for the Doctrine of the Faith, Mgr. Gerhard Ludwig Müller, has launched a biting attack of the mood toward the Catholic Church in the U.S. and Europe, comparing it to an anti-Jewish “pogrom” in German weekly Die Welt. “The campaigns which are specifically targeted at discrediting the Catholic Church in the U.S. and Europe have led to clerics in some sectors being publicly insulted in a vulgar way,” the former bishop of Regensburg said. “An artificially instigated anger is building, occasionally echoing the sentiment of the pogroms against Jews in Europe,” he added. Attacks against the Church are launched on many blogs and on television. The instruments adopted in these attacks “recall the struggles of totalitarian ideologies against Christianity.”

In his interview with Die Welt, the cardinal also criticizes the process of dialogue that is currently underway between bishops and lay people in dioceses across Germany. The fact that there is dialogue is a positive thing but essential questions must be dealt with instead of “dredging up the same problems every time.” The problems Müller was referring to are for example, the requests by the laity for the priesthood to be opened up to women: this “is not possible,” not because women are worth less than men, but because “it is in the nature of the Sacrament of Order for Christ to be represented within it as husband in relation to wife.”

The rejection of same-sex unions is just as clear-cut: “It is impossible for the Catholic Church to accept a relationship between people of the same sex, as such relations cannot in any way be considered equivalent to marriage,” Müller stated. He also shut the door on the potential abolition of celibacy: “Priestly celibacy corresponds to the example and word of Jesus and has found unique expression through the spiritual experience of the Latin Church.” There is no sign, he added, of the Church wanting to change this, starting with certain mistaken ideas, as if practicing one’ sexuality in or outside marriage were a natural necessity.”

The real stagnation in reforms within the Church, Müller said, regards “essential issues that are not being dealt with, such as participation in the sacraments and knowledge of the Catholic faith.” The word “reform” should be used to hinder real renewal through Christ.

Müller then said one cannot speak of the “German Church” but rather of the Catholic Church in Germany. He went on to deny the existence of “Roman centralism”, saying that unfortunately there is not enough unity in the Church and that is not centralism that is causing the Church to suffer, but other centrifugal forces which are too strong.

Finally, the Prefect of the Congregation for the Doctrine of the Faith sent a clear message to the Lefebvrians: we presented them with a proposed doctrinal preamble but “we have received no response so far and we will not wait forever.”
Posted by Fr. Allan J. McDonald at Sunday, February 03, 2013