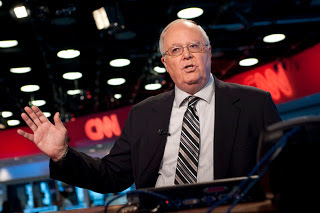 We can hardly call many progressive Catholics, Catholic, yet we obsess on the SSPX who portend to be more Catholic than the Holy Father and the Second Vatican Council. More power to them! While they can lead people into "structural schism" with the true institutional Church, they won't lead them into doctrinal and moral schism.

Not true of the progressives in the Church though. They are hypocrites who fear going into schism because they know they can do more damage remaining loosely united to the Church. But compared to the SSPX, they really are heretics not just schismatics. Someone need to publicly excommunicate them, like their local bishops, but I digress.

This is what Bill Donohue has to write about the progressives of the Church:

Here is how the Catholic Left reacted right before a new pope was elected on April 19, 2005:

E.J. Dionne blasted Cardinal Joseph Ratzinger for using “fighting words” in an address before the cardinals.
Father Richard McBrien said, “I think this homily shows he realizes he’s not going to be elected. He is a polarizing figure.”
Peggy Steinfels agreed, saying, “Oh well, that gets rid of him.”

A few hours later, he was elected Pope Benedict XVI.

Here is how the Catholic Left greeted the news:

The president of Dignity, Michael Rocks, said of the new pope, “I didn’t think he had a chance because he already was so negative.”
Sr. Donna Quinn, head of the pro-abortion group, National Coalition of American Nuns, slammed him for lacking “sensitivity” to women.
Scott Appleby of Notre Dame opined, “This is the worst nightmare come true.”
Ex-priest Paul Lakeland lamented that “this choice is nothing but backwards looking.”
Andrew Greeley’s warning was ominous: “There might be a reign of terror for those who still support the Vatican Council.”
A spokesman for Call to Action exclaimed, “People here are in a state of shock.”

The Catholic Left will again be in a state of shock once the new pope is named. Having lost on virtually every issue that excites them—and nothing excites them more than sex—they are now bracing for more bad news. What they want has already been tried: they want the Catholic Church to adopt the teachings of the mainline Protestant denominations. Someone needs to tell them (gently, of course) that it didn’t work—they’re all in free fall.

I can imagine the Left (both secular and "catholic") screaming in anger and disgust when Pope Pius XIII makes his debut, and comments he will lead a new Catholic Renaissance. The Left will cry that Pius XIII is "looking in the rear view mirror", "stuck in the middle ages". But yet what does the Left want? For us to be eternally stuck in 1972. Is the era of Ford Pintos, Norman Lear & Hugh Hefner, and free-love hippies really the standard, or the foundation, to build the future on? The Left wants Pope Rainbow I. Poor deluted fools.