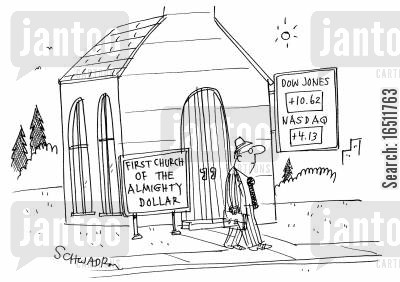 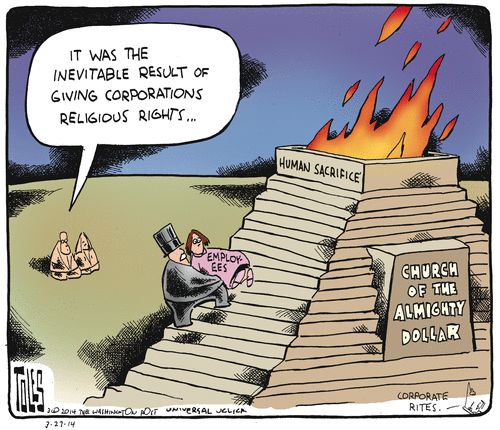 I am so happy that all of Savannah can sleep well tonight that Savannah's movie, television and commercial industry won't be harmed one iota because of the number of babies that Georgia's new heartbeat law will save. God forbid if we were to lose money; to hell with human life!

The crass materialism of Georgiawood and its smaller counterpart, Hollywood, is amazing and quite sad if not demonic.

The industry at large has threatened to boycott filming in Georgia because of this bill.
.


“Just from a legal standpoint, it’s clearly unconstitutional,” Bowen said. Bowen believes the legislation is designed to be a challenge to the U.S. Supreme Court’s 1973 landmark ruling in Roe vs. Wade.

“I think it will be appealed by 2020,” Bowen said of Georgia’s legislation.

In 2017, there were 27,453 abortions reported for Georgia residents. In Chatham County that year there were 1,097 Savannah residents who had abortions.

House Bill 481 prohibits abortion when there is a detectable human heartbeat — which can be as early as the sixth week of pregnancy. Abortions would only be allowed if a physician determines there is a “medical emergency” in which an abortion is needed to save the life of the mother or prevent substantial and irreversible physical impairment of a major bodily function of the pregnant woman; the pregnancy is medically futile, meaning that an unborn child has a profound and irremediable congenital or chromosomal anomaly that is incompatible with sustaining life after birth.

An abortion will also allowed up to the 20th week of gestation if the pregnancy is from rape or incest and if there has been an official police report made.

The legislation also states that an unborn child with detectable heartbeat can be claimed as a dependent on income tax returns; can be counted as part of the population; can receive financial support from a parent; gives a person (most cases the parents) the right to recover the full value of the child’s life beginning at the point of a detectable heartbeat and is provided full legal recognition “above the minimum requirements of federal law.”

In 2018 the Savannah Regional Film Office reported direct spending from the entertainment production industry hit a record high of $120.1 million. The total economic impact for the region in 2018 was $254 million. The film office and the Savannah Economic Development Authority are partners.

Both state and local incentives are offered, with the state offering up to a 30 percent transferable tax credits.

Bowen noted that some actors calling for a boycott of the state over the legislation are missing the mark.

“First, they are not hurting the people (who passed the bill), but the thousands of people that depend on the industry for their livelihood.”

In the Savannah area there are over 400 crew members, with about half that number being union members.

Bowen said actors are not the ones who make location decisions.

“It’s investors,” Bowen said. “And as long as they can get the best deal here, they’ll film here.”
Bowen said Georgia’s reputation, however, will take a hit.

“Georgia needs a reputation for moving forward,” Bowen said. “In the best case scenario, this (abortion bill) will affect, but not cripple the industry.”

Trip Tollison, president and CEO of the Savannah Economic Development Authority, has a similar take on the issue.

“We’re not really worried,” Tollison said. “From our point of view when a production looks for a location there are a lot things that go in that ‘blender.’”

Local workforce and sound stages are just a couple of items looked at before a location is chosen, Tollison said.

“In my opinion, one should have nothing to do with the other,” Robertson said. “The ramifications of this abortion bill and the growth of the local film industry are not synonymous, and where I do understand political positions and film making may effect one another, I do not believe in this instance that this should be the case.”

Should a Catholic support the abortion bill in question?

The bill promotes the Culture of Death as said bill supports abortions.

"Abortions would only be allowed if a physician determines there is a “medical emergency” in which an abortion is needed to save the life of the mother or prevent substantial and irreversible physical impairment of a major bodily function of the pregnant woman; the pregnancy is medically futile, meaning that an unborn child has a profound and irremediable congenital or chromosomal anomaly that is incompatible with sustaining life after birth."

"An abortion will also allowed up to the 20th week of gestation if the pregnancy is from rape or incest and if there has been an official police report made."

All of the above is part of Satan's world -- the Culture of Death.

So MT, you must be a part of Satan's world since you would prefer an all or nothing bill rather than incremental steps towards what the Church actually teaches about abortion. In your way of thinking, the status quo would remain and babies with a heartbeat starting usually at 6 weeks can be aborted up until the 20th week, any baby no mater how she is conceived.

MT, yes Catholics should support this bill although flawed, if it survives court challenges it saves lives!

MT has an all or nothing mind as evidenced by Francisolatry.

Abortions would only be allowed if..."the pregnancy is medically futile, meaning that an unborn child has a profound and irremediable congenital or chromosomal anomaly that is incompatible with sustaining life after birth."

Physicians are tasked to declare whether a pregnancy is "medically futile." Therefore, a doctor says..."you live, you die. This baby will be born. That baby will be killed."

The spirit of the Nazi Aktion T4 program is alive and well in the Georgia abortion bill.

That is, via the Georgia Abortion Bill, it is permitted to kill "useless feeders" - persons deemed unfit to live.

That said, the Georgia Catholic Conference - Archdiocese of Atlanta, Diocese of Savannah - declared:

"The core of the bill is a prohibition against abortion after a detectable fetal heartbeat, usually six to eight weeks after conception.

"While we understand life to begin at conception, not heartbeat, this language is as close as the authors think we can come and still withstand challenge in court.

"The bill also contains exceptions in the case of rape, threatened death of the mother, or a medically futile diagnosis, all of which are exceptions that we would prefer were not permitted.

"Nonetheless, we recommend support because it would prohibit many abortions that are legal today."

Father McDonald said..."So MT, you must be a part of Satan's world since you would prefer an all or nothing bill rather than incremental steps towards what the Church actually teaches about abortion.

Father McDonald, I fear that I would be part of Satan's world should I support Abortion Bill 481.

After all, Abortion Bill 481 authorizes the deaths of "X" amount of unborn children whom physicians have consigned to death via abortions.

Father McDonald, please understand that I am interested in what you, -- you, in particular, as you are God's holy priest -- and certain folks here have to say in regard to Abortion Bill 481.

I am very distressed as to how/why I, a Catholic, could/should accept the notion that it's acceptable to have upon my hands the blood of "X" amount of unborn babies consigned to death.

Again, this is a very difficult thing for me to understand/accept.

Thank you, Father McDonald (and others who may contribute to this discussion), for your input on the topic in question.

Dan said..."MT has an all or nothing mind as evidenced by Francisolatry."

Dan, I am sorry that in regard to the very serious nature of the topic of this thread, that your contribution to this grave topic is, in my opinion, that of a nasty little dig.

Dan, I hope that beginning with Father McDonald, as he is God's holy priest, as well as additional folks...including, I hope, you...will help me to understand as to how/why I could possibly accept the notion that I/we, as Catholics, should support the deaths of "X" amount of unborn babies via "flawed" Abortion Bill 481?

Peace and good health to you and your family.

MT, I am more distressed by your all or nothing ideology that if followed we would not even have this curtailment of abortions in Georgia. Your position is beyond shocking, since you would prefer that babies, under Georgia law until yesterday, could be aborted no matter what up to 20 weeks. You seem to care little about the lives this bill will save which is astounding. Yes, wait until Roe V. Wade is overturned and all abortions are outlawed. In the meantime genocide continues. What the heck, we need to have the Church's law imposed upon civil society and until then let the babies all die.

MT, I wonder if he worries about all the possibly immoral areas that his tax dollars supports? Or perhaps he is consistent and does not pay taxes.

Now, where did I leave the shovel?

Mark Thomas must be reading the old "Georgia Right to Life" song and dance. Yes, sometimes with legislation like this, you get the "Strange bedfellows" crowds (like on trade, where both Bernie Sanders on the Left and Pat Buchanan on the Right have opposed trade deals like NAFTA). In this instance, Georgia Right to Life opposes the bill because they want no exceptions (OK, but there is not a chance on this earth that such legislation would get thru the Gold Dome in Atlanta---zero). And on the Left, well, they feel like it goes too far. So we have "not far enough" versus "too far." But whether it "will" save lives is a matter of conjecture; it will likely be enjoined by the lower courts in a lengthy process that will probably go into 2021. Whether the Supreme Court would even take it up is unclear; we've been disappointed by Republican court appointees before (Blackmun, John Paul Stevens and David Souder among others), so I say "trust but verify" before we think a new day on pro-life legislation is coming.

Selective outrage. They are just using the opportunity to get the attention of producers and casting directors. When the money is right they will apply the same moral algebra to Georgia, USA that they apply to location shoots everywhere else on the planet.

The love of money is the root of all evil.

I say this a good thing. One step at a time. Overcoming Satan's mixing of truth and falsehoods is no easy task, and science is on our side. As I remember, it wasn't that long ago I remember arguing with pro-abortionists on whether it was a human or just a glob of tissue. God will work this out to the good, but we must continue to do our part through prayer and civic actions. I predict Roe vs Wade will be overturned within the next 5 years.